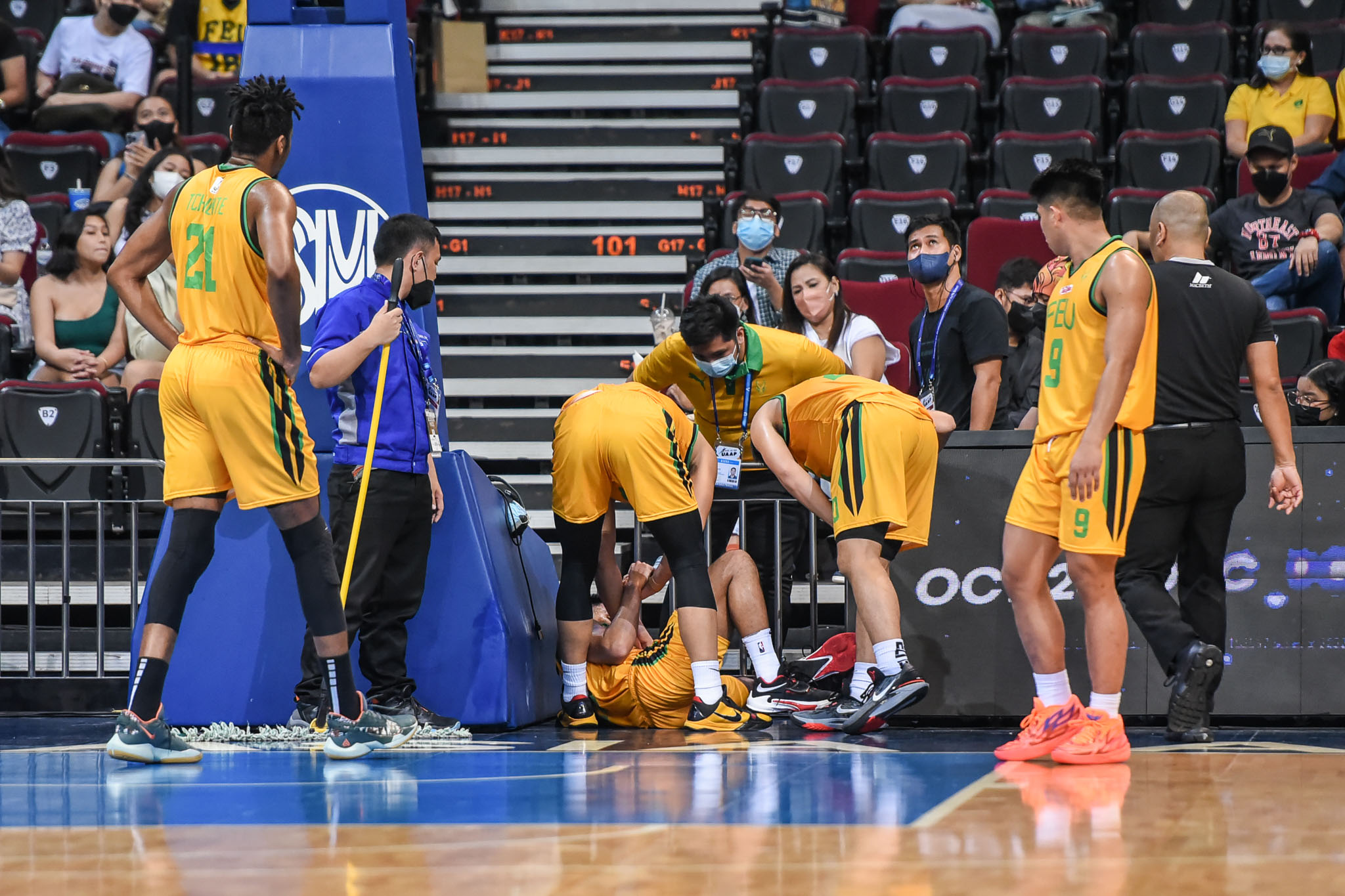 After his heroics against De La Salle University, L-Jay Gonzales is sidelined for the Far Eastern University’s game against National University.

Gonzales produced 10 points, five rebounds, four assists, one steal, and one block against the Green Archers. But he is out indefinitely after landing badly on his right knee off a block La Salle’s Mark Nonoy’s lay-up attempt late in the fourth quarter last Wednesday.

The Tamaraws took the game, 57-53, to extend their streak to four and rise to fourth place in the eight-team field.

“Out for tomorrow. Nag-MRI na at waiting for result kami,” said Tamaraws coach Olsen Racela to Tiebreaker Times on Friday.

It is also still unknown what

Without Gonzales, the likes of Xyrus Torres, Bryan Sajonia, and Royce Alforque will look to step up.