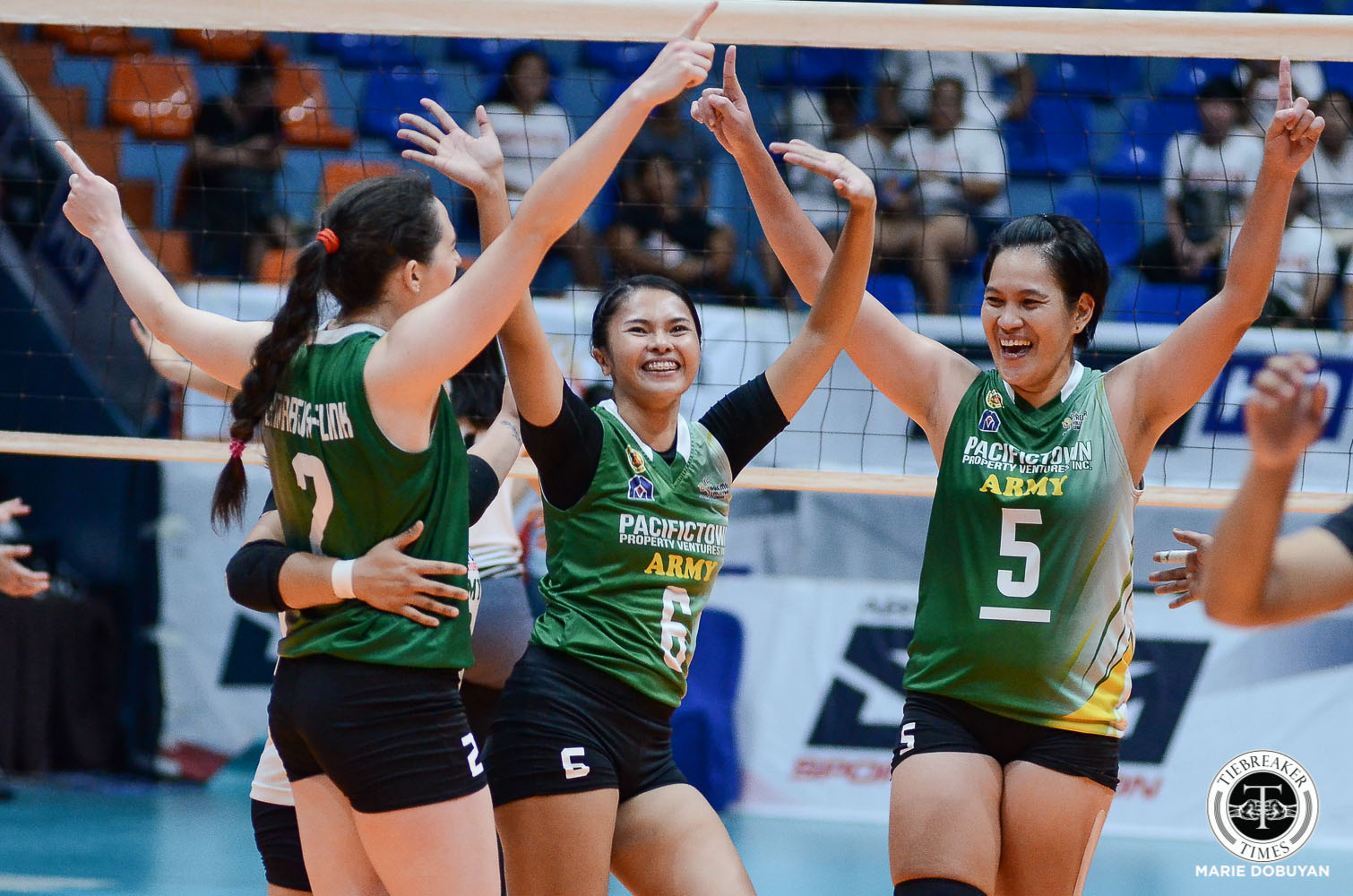 Lady Trooper Jem Gutierrez had not seen much action in the first round of the PVL Reinforced Conference.

Warming the bench throughout PacificTown’s first four games, Gutierrez had been raring to prove her worth as she patiently awaited her golden opportunity.

Sunday afternoon, her chance came knocking, and it arrived in a crucial juncture against BanKo Perlas – their very last game in the first round.

What seemed to be a search for a spark plug for Reyes turned out to be a breakout moment for the 23-year-old UST spiker – one that she made the most out of.

The seldom-used Gutierrez incited the Lady Troopers’ uprising midway through the fourth set with her back-to-back hits, before providing one of the finishing blows in the decider when the Perlas Spikers dared to shift the scales to their favor.

With the help of Gutierrez’s heroics, Army closed out the first round on a high note.

Looking back, in an interview after their season opener, Reyes admitted that he would rather see her veteran-filled team finish a game as quick as possible in order to preserve their energy.

This time around, despite his team having played a tiresome five-set outing, he believed that the stars aligned for her team as they came away with a win, and ultimately, an instrumental cog in Gutierrez had emerged.

For Gutierrez, who paired with Sisi Rondina back in beach volleyball back in the UAAP, her desire to help her team in any way possible kept her fire burning.

In fact, she did not see her time on the sidelines as a detriment to her play; instead, she used it as an opportunity to pick the game apart.