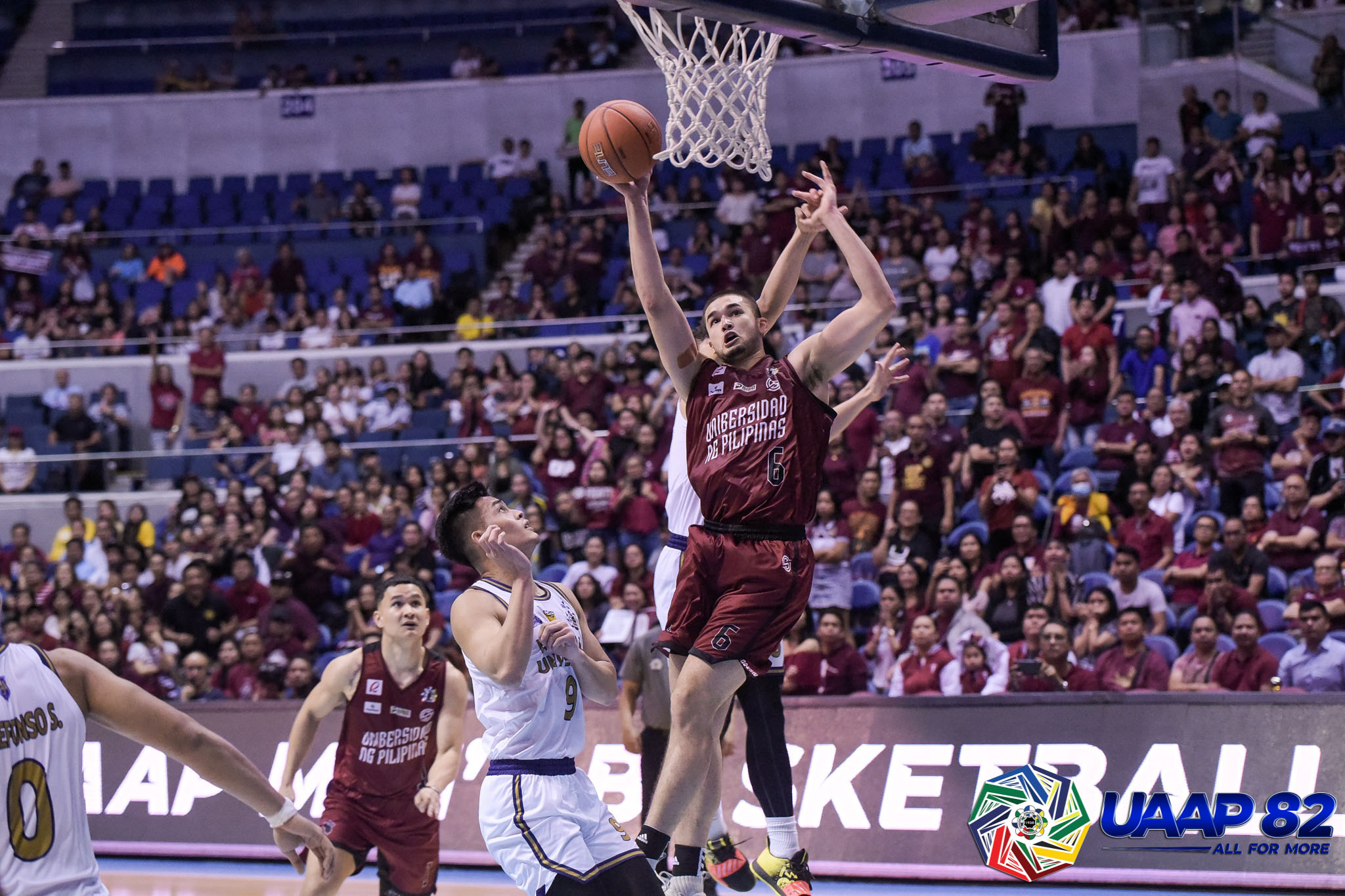 Thus far in his young collegiate career, two of Kobe Paras’ most impressive performances have been against National University.

After all, he is going up against one of his former mentors.

“For you guys who don’t know, coach Jamike [Jarin] was one of the first coaches I had when I was in the Batang Gilas.”

Back in 2014, Paras led Batang Gilas to fifth place in the continental meet held in Qatar.

Five years later, the 6-foot-6 forward has been tearing it up for University of the Philippines — including against the Bulldogs.

Last September 18, the 22-year-old Paras dropped 25 points, six rebounds, and two assists. A full month later, he was able to follow it up with 19 points, six assists, and four rebounds.

Both matches ended up in cardiac wins for the Fighting Maroons.

Still, Paras felt disappointed with his performance in their second round outing.

“Just really happy we got the win but you know, I think it was a bad game. I played bad again,” rued Paras, who also had a “bad game” against Adamson.

“But a win is a win, so onto La Salle, and just grateful that we went up against such a great team.”

Still, Paras feels fortunate to have the opportunity to take on Jarin and his good pals the Ildefonso brothers once more.

“So, it’s just cool that I go up against him and his amazing players, so kudos to them for a great game.”

Akhuetie gives shoes to Tchuente prior to FEU game vs Adamson