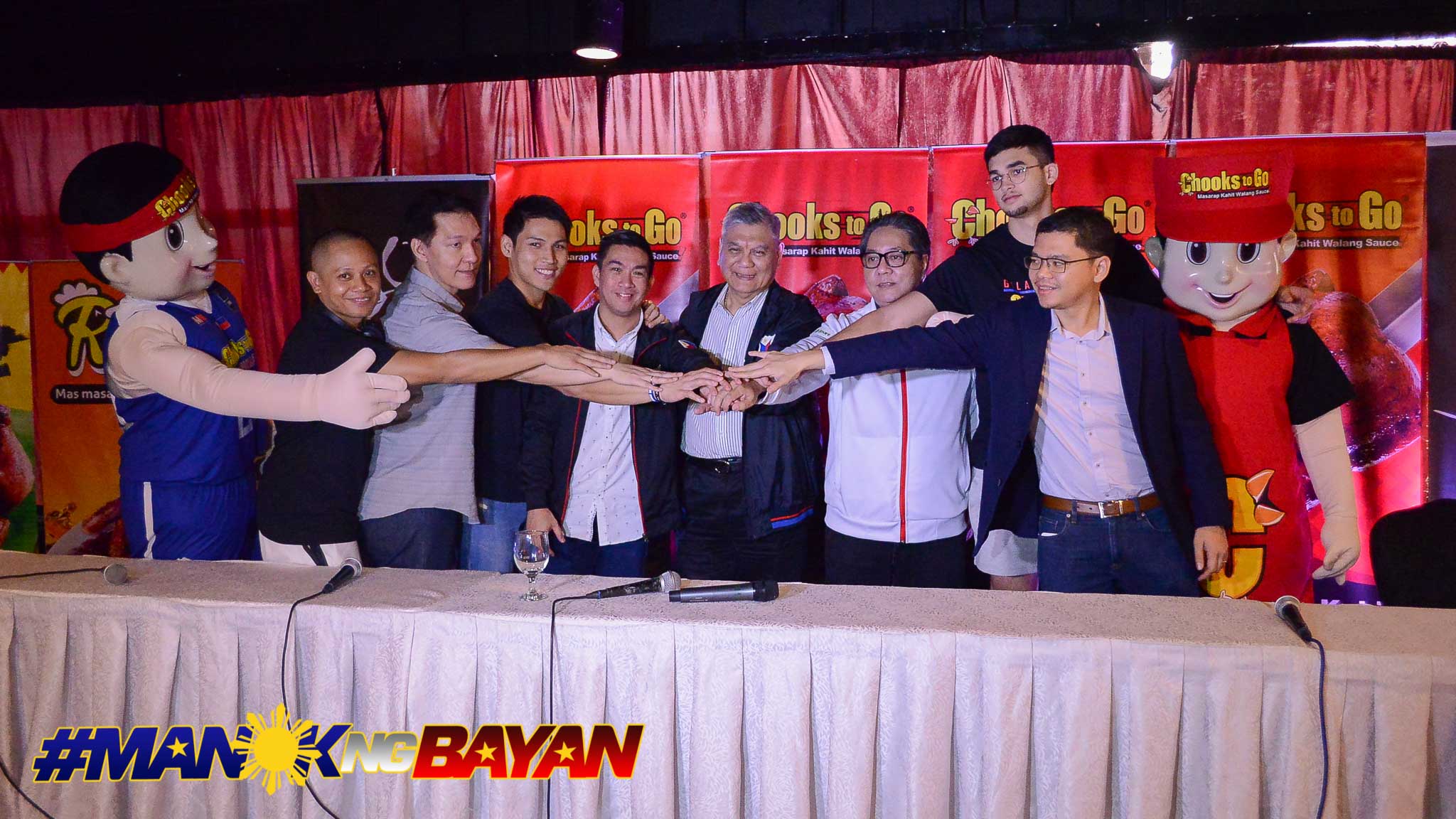 With 3×3 basketball set to debut in the 2020 Olympics, Chooks-to-Go and the Samahang Basketbol ng Pilipinas are increasing the presence of the country on the world stage.

Tuesday afternoon, Chooks-to-Go held a press conference at Bar One, Crowne Plaza in Pasig City to talk about the initiative.

“Ever since we started two years ago with our partnership with the SBP, 3×3 basketball has been very close to our hearts. Dito kasi tayong lahat nagsimula. This is the foundation of basketball in the Philippines,” said Bounty Agro Ventures Inc. president Ronald Mascariñas.

But the basis for qualification in 3×3 is different compared to 5-on-5.

Instead of qualifying through tournaments, a country will qualify for Tokyo by accumulating points.

“The first one is the grassroots program, the more often we play and the more players we register, it will have a better effect on our rankings. The other is by joining the FIBA-sanctioned tournaments,” he added.

“What better way than to hook up with Chooks-to-Go. Imagine if we have weekly tournaments, we could make a big dent in our rankings.”

With this, Chooks-to-Go is forming a full-time national team for the sport.

Tryouts and pocket tournaments will be held across the Philippines for this endeavor. And these are open to all players.

“The SBP has 16 regional offices from the country that will help organize the tournaments,” shared Mascariñas.

Leading the team will be veteran 3×3 campaigner Kobe Paras. He will begin his campaign in the upcoming 2018 FIBA 3X3 U23 World Cup in China.

“This has been a dream for all of us. Throughout the years, I’ve been saying that 3×3 basketball is where we can strive. It’s a huge step for us. We’ve been wanting to have someone to back us here in 3×3,” Paras expressed.