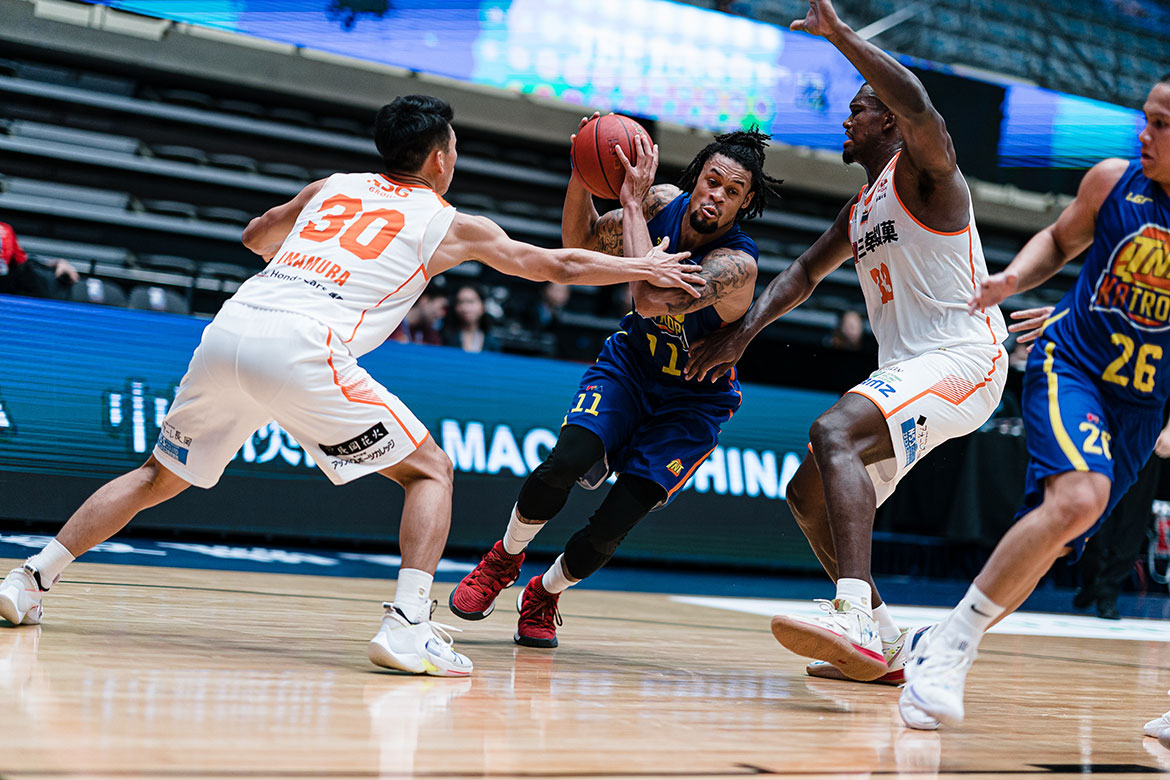 KJ McDaniels dropped 42 points, towing the TNT KaTropa past Niigata Albirex, 99-90, to cap off their stint in the East Asia Super League’s The Terrific 12, Thursday at the Tap Seac Multi-sports Pavilion in Macau, China.

McDaniels was the man of the hour for the Katropa after scoring 11 of the team’s final 14 points on the way to a game-high 47 points. He powered the rally that brought them back from a 58-49 deficit.

The former NBA player also added 17 rebounds and shot 19-of-35 from the floor in the comeback win. He allowed the Katropa to end their campaign with an even 1-1 record in Group D.

The victory notwithstanding, the Katropa — who played minus second import McKenzie Moore and starters Jayson Castro and Troy Rosario — still fell short of reaching the semifinals. Only the top team in each of the four groups will advance.

“I feel very fortunate to have another good player that’s capable of helping us a lot,” said TNT team consultant Mark Dickel.

“We definitely didn’t want to come away from here having lost that first two games.”

Roger Pogoy also came up big for the Katropa with 27 points on 9-of-18 shooting from the floor. Meanwhile, new acquisition Almond Vosotros added 12, including a clutch three in the final two minutes that made it a 94-88 game for TNT.

Nick Perkins had 34 points and 12 rebounds in a losing cause for Niigata Albirex, who finished with dead-last in their group with a 0-2 card.

On Wednesday night, the Katropa and Blackwater Elite fell by the wayside one after the other to bow out of semifinals contention.

The Elite suffered their second straight loss with a 109-69 rout at the hands of Chiba Jets. They finish at the bottom of Group A with a 0-2 record.

Former NBA player Lance Stephenson had another all-around game of 25 points, six rebounds, and six assists for the Leopards, who notched their second straight win to end the group stage with a 2-0 record.

The Leopards edged the Katropa, 96-91, on opening day.