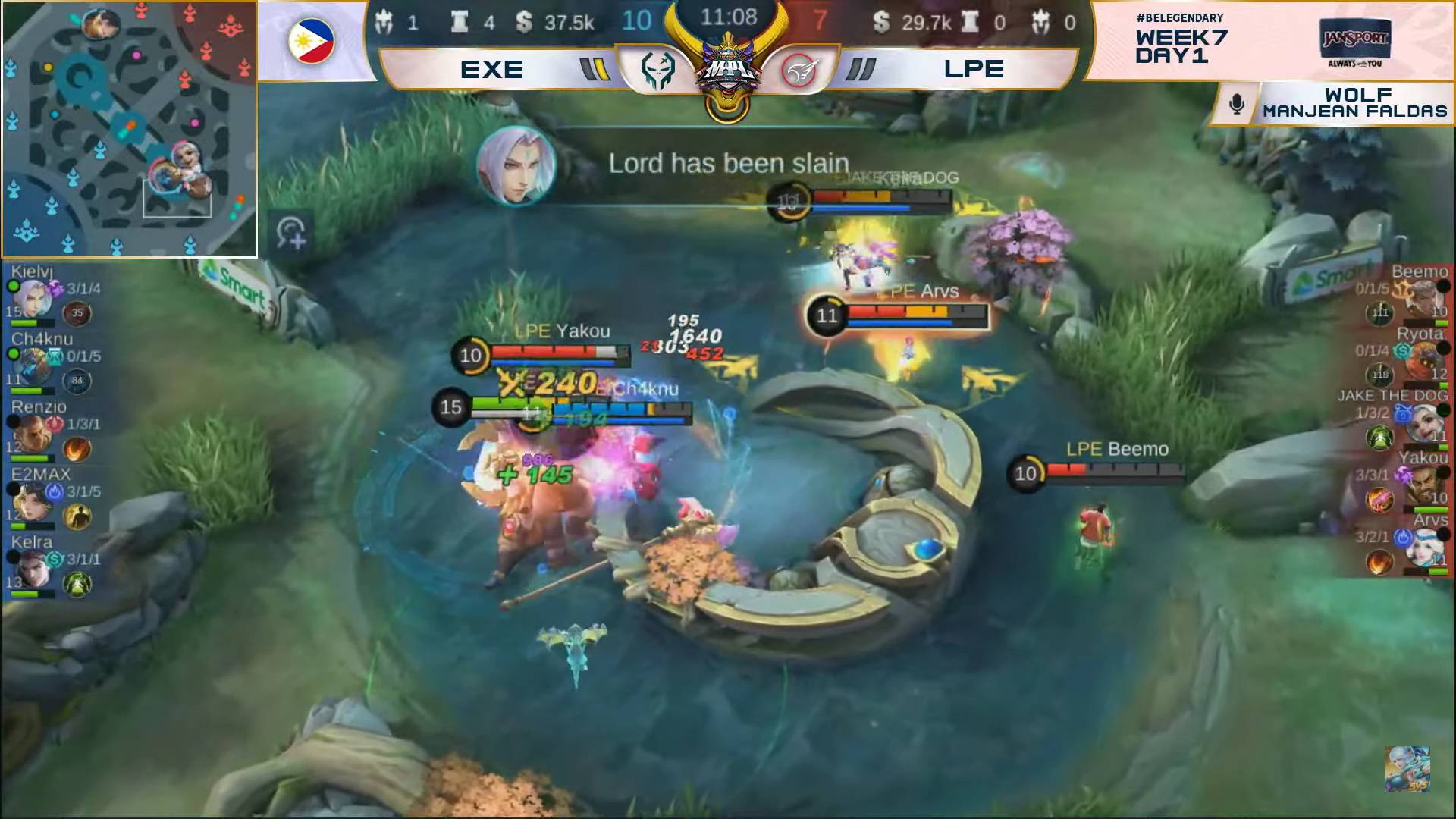 Execration moved up to the second spot of Group B with 18 points through a 5-7 record.

Meanwhile, Playbook, who fell to a 3-8 standing with eight points, is now officially out of contention. Smart Omega and Nexplay Esports have secured their respective playoff spots.

After a huge win in the opener, Execration burst right out of the gates in Game Two despite having a late game-centered roster led by Kielvj’s Ling and Duane “Kelra” Pillas’ Claude.

Playbook had the chance to shift the lead to their side fighting a three-man Execration inside the Lord pit.

However, a crucial Retribution from Kielvj in the 11:08-minute mark secured the Luminous Lord for Execration and eventually, the win. 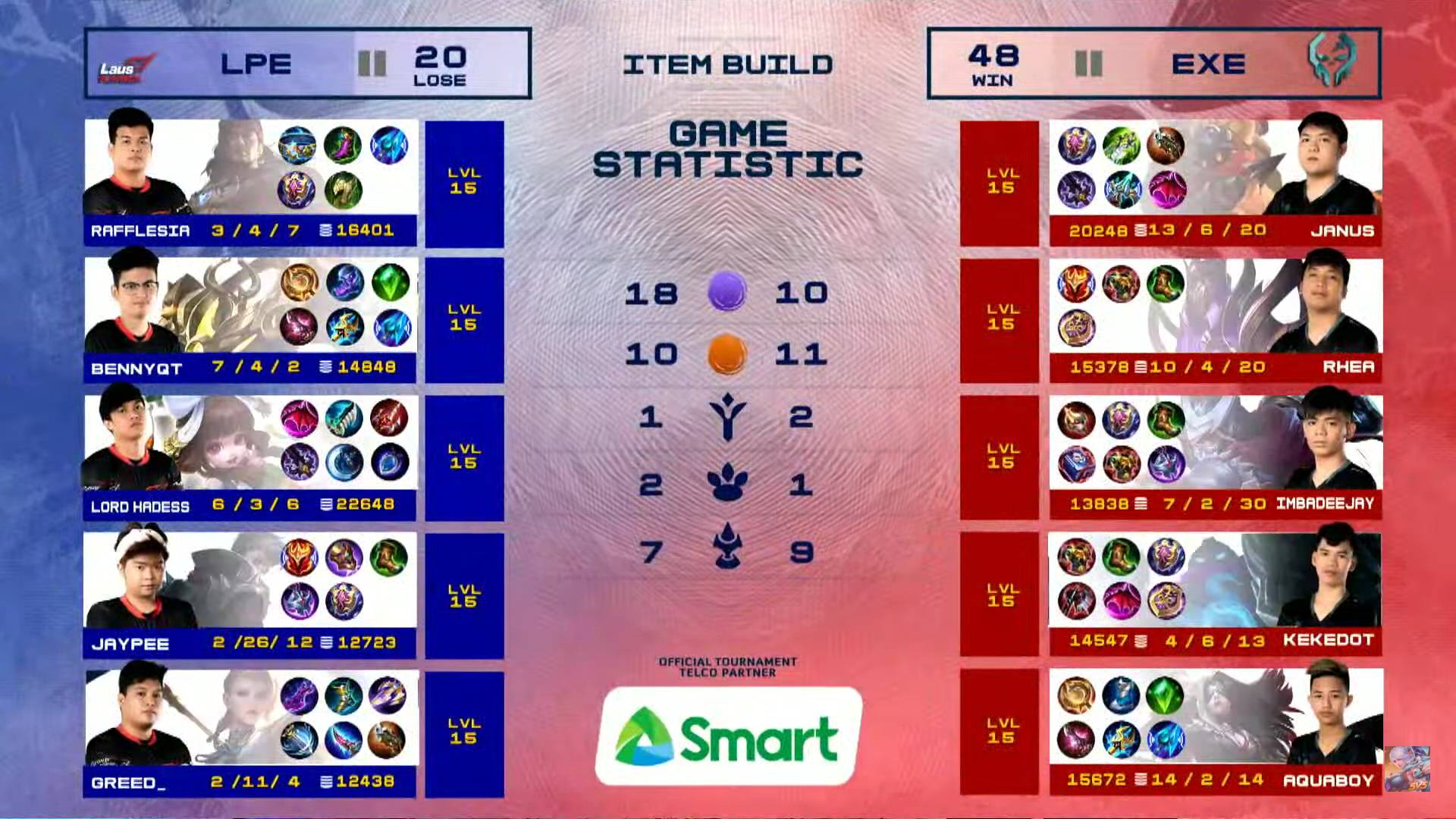 Execration survived a rough early game to outlast Playbook Esports and draw the first blood in the series.

Peter “Jake the Dog” Lapitan’s Chang’e, after falling once early in the game, bounced back to lead Playbook during the mid-game.

But an excellent Real World Manipulation from Patrick “E2MAX” Caidic’s Yve put Playbook in a tough position. Kielvj’s Hayabusa then wiped the backlines to put the game on Execration’s side.

Execration then sealed the win after a Luminous Lord take after the wipe.

Kielvj won the SMART MVP award with 10 kills and four assists against a death. 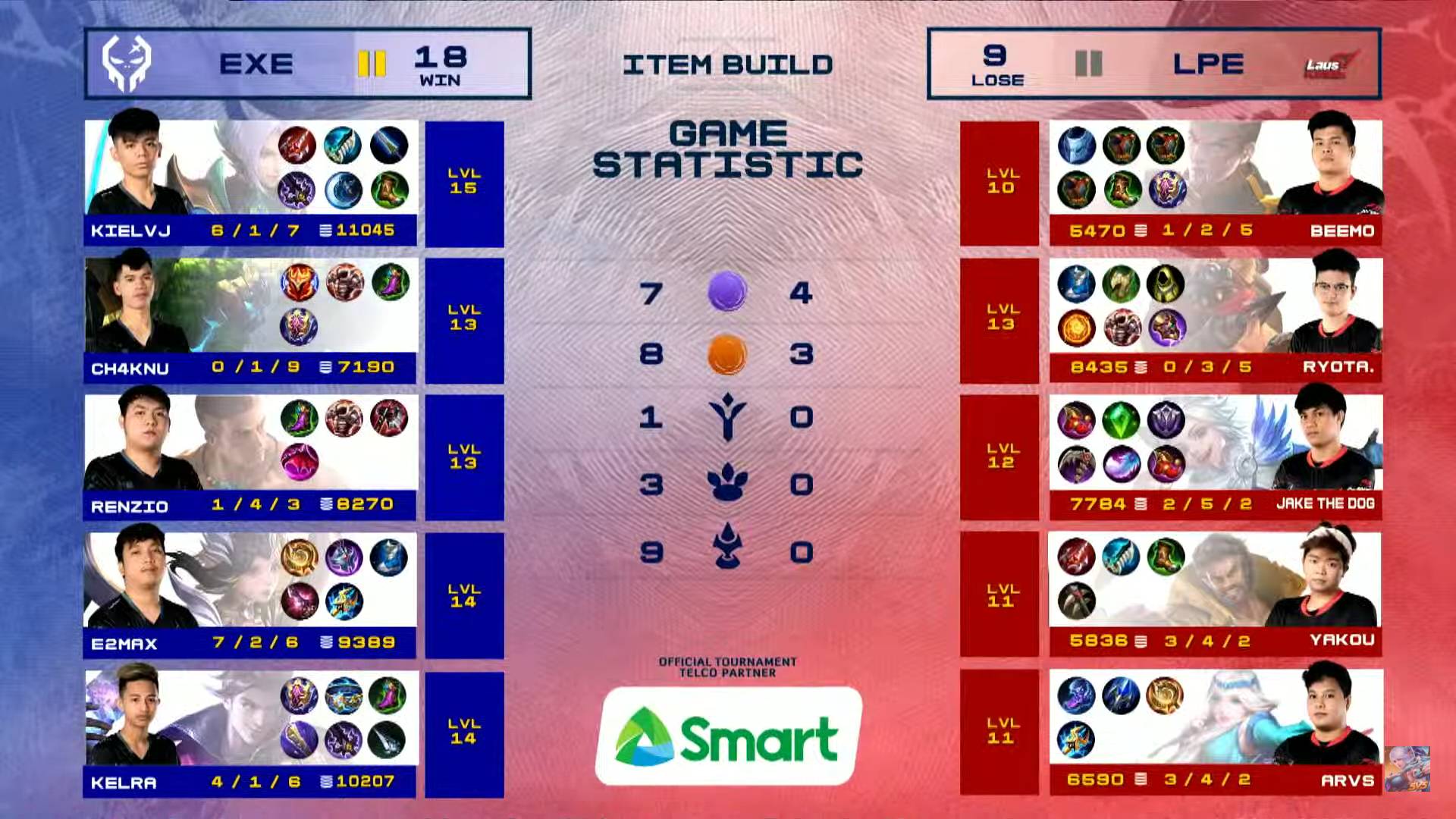 Execration looks to make a run for the last upper bracket slot in Group B against Aura PH on Sunday at 6:00 pm while Playbook can still play the spoiler against Smart Omega tomorrow at 7:30 pm.