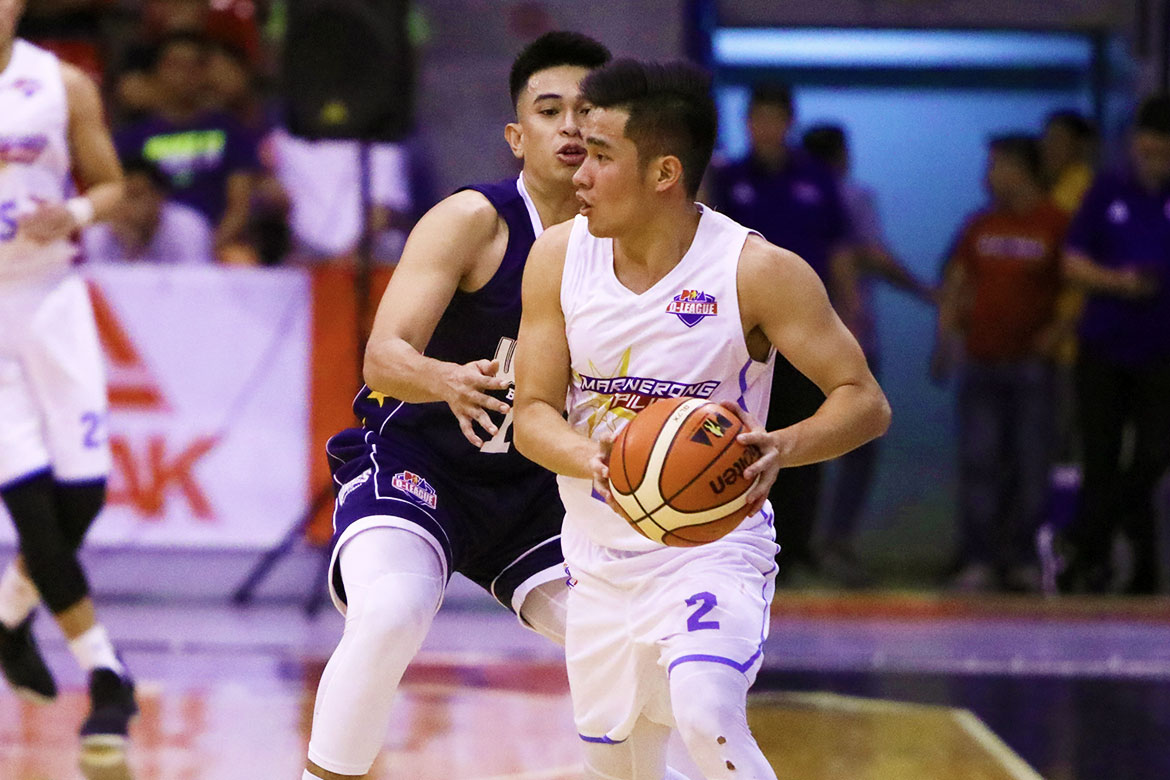 Kib Montalbo is genuinely glad now that he is part of the Marinerong Pilipino Skippers family after parting ways with AMA Online Education Titans recently.

The defensive specialist out of De La Salle and the Titans agreed to go their separate ways last Tuesday. Montalbo only saw action for AMA for three games, and posted numbers of 5.0 points, 2.67 assists, 1.67 rebounds, and 1.0 steals.

“Things didn’t go our way – a few bumps – and eventually they released me,” said Montalbo, who signed with Marinero last Tuesday.

Montalbo made his debut with his new team on Thursday afternoon when the Skippers played Wang’s Basketball Couriers. He played for over 16 minutes and made two points, four rebounds, three assists, and two blocks.

It wasn’t the result Montalbo wanted, as Marinero bowed to an Arvin Tolentino-led Wang’s, 78-88. But still, the Ilonggo cager reiterated that he’s just happy to be playing in a team he feels can use him to the best of his abilities.

Montalbo even expressed that being with Marinerong Pilipino feels like home, not just because he has fellow La Sallian Santi Santillan and ex-rival Anton Asistio as teammates, but also due to the team’s premium on defense.

Now that his first game with the Skippers in the books, Montalbo looks to familiarize himself with his new team more to be of help in the next games. Marinero are currently fifth in the Foundation Cup group of the 2019 PBA D-League.

“I still have two weeks to work on it. Araw-araw lang na practice, familiarize myself with the guys and hopefully, we’ll have our chemistry going in the next games.”