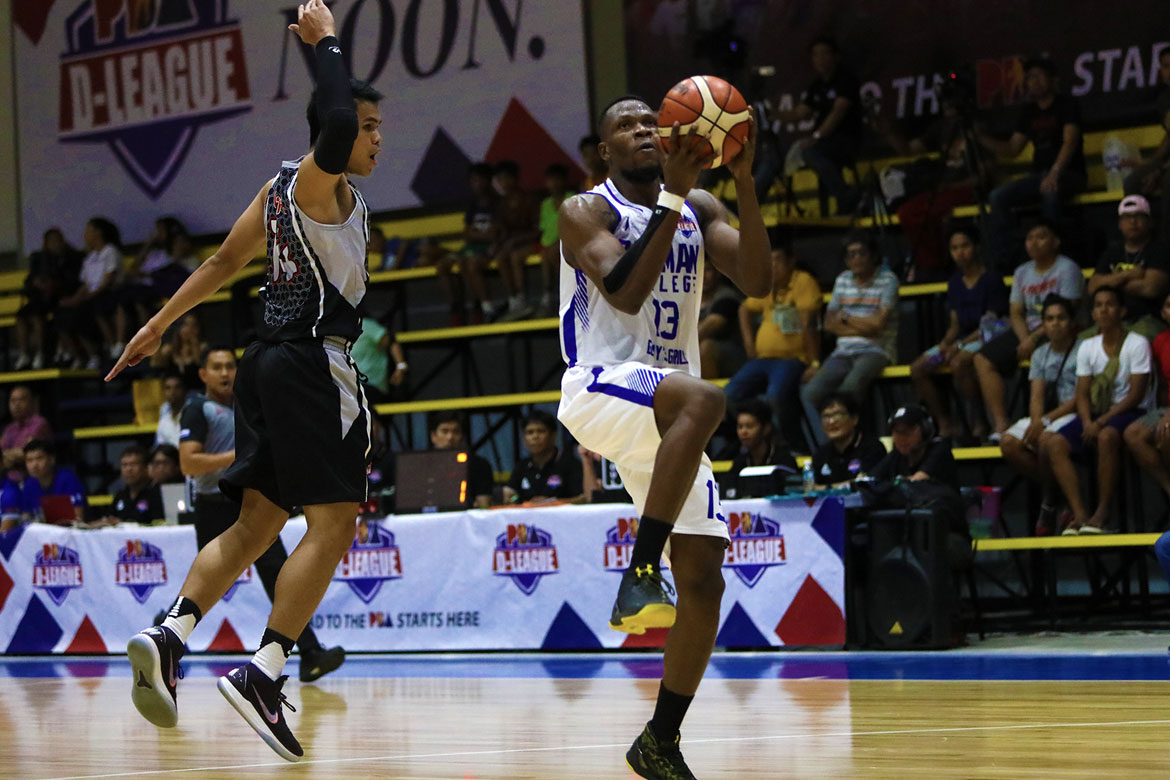 Behind the powerful Kevin Gandjeto, the Diliman College-Gerry’s Grill Blue Dragons scored their first win in the 2019 PBA D-League with an emphatic 88-51 victory over The Masterpiece Clothing-Trinity University of Asia Stallions on Monday at Paco Arena in Manila.

Gandjeto was a force to be reckoned with for the Blue Dragons, uncorking 21 points, 17 of which coming in the first half pullaway, to go with 11 rebounds and two blocks.

It was all Diliman-Gerry’s from the get-go as it started off hot, 16-4 and refused to step on the brake as it grabbed a 21-point advantage, 45-21 late in the second quarter.

“For the past week and a half, we just concentrated on our execution, on defense and offense. Pinoint out ko lang yung discipline namin through our execution,” said coach Rensy Bajar as his side went on a 39-percent shooting from the field.

The battle of the boards was all Blue Dragons as they hauled down 66 rebounds to the White Stallions’ 47.

That allowed Diliman-Gerry’s to improve to a 1-1 record in the Foundation Group, as The Masterpiece-Trinity stayed winless through two outings.

Michael Canete paced the White Stallions with his 15 points and nine rebounds.