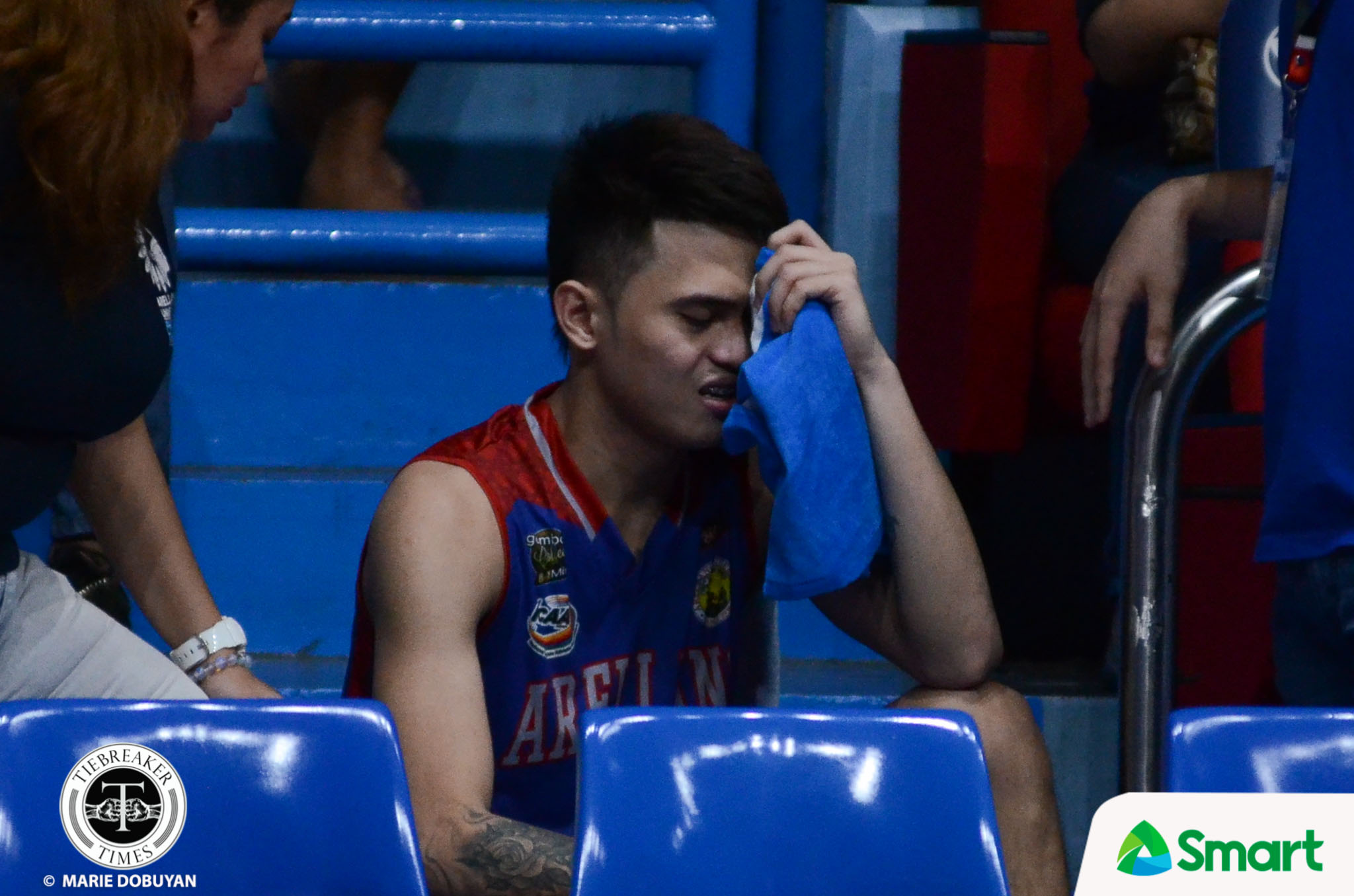 Still in the running to at least break through the playoffs, the Arellano University Chiefs received bad news on Wednesday night, as ace guard Kent Salado was diagnosed with a partial MCL tear on his right knee. The injury means he will miss a month’s worth of action, making him unavailable for the rest of the Chiefs’ campaign in the NCAA Season 93 Seniors Basketball tournament.

With 8:22 left in the Chiefs’ 85-79 win against the San Sebastian Golden Stags last Tuesday, the 5-foot-9 guard crashed to the floor after going for a drive. But as he went down, San Sebastian guard RK Ilagan lost his balance as well, falling on Salado’s right leg.

Seeing their leader on the sidelines, the Chiefs played inspired basketball, romping the Perpetual Altas, 62-52, to stay alive in the post-season race.

With just one game left in their calendar, Codinera is hoping that his team can gut this one out.

“Newfound confidence din yun na they can win without him,” Codinera shared.