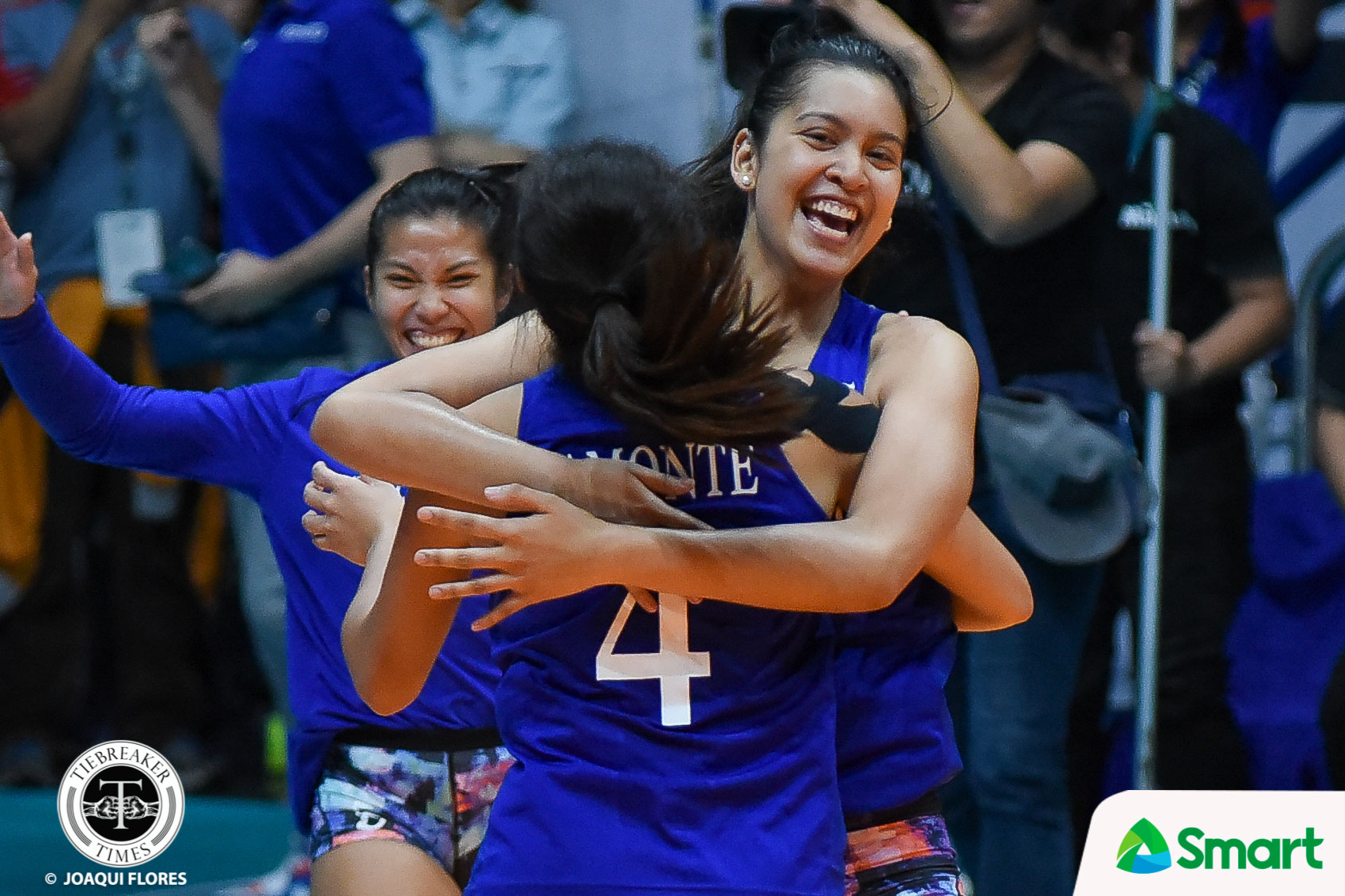 Kat Tolentino is one of the most well-mannered athletes in the UAAP, never one to talk trash and always courteous during in interviews.

Even against persistently talkative opponents, the Filipino-Canadian winger always opts to look the other way.

Tolentino’s civility was put to an extreme test when her Ateneo-Motolite Lady Eagles faced UAAP rivals Adamson-Akari Lady Falcons in the PVL Open Conference. The two squads have always battled each other to the teeth in the UAAP, and Sunday’s encounter was no different.

Despite being winless, Adamson brought their A-game against the Lady Eagles. They were also much more deliberate with their celebrations.

Chief among the Lady Falcons’ spirited players was Bernadette Flora, who met Tolentino at the net several times in the open spiker-opposite hitter match-up.

Flora made sure to point at the spot when her hits landed in front of Tolentino. There were also several staredowns and prolonged clapping that Flora directed towards Tolentino.

The fourth year Lady Eagle understands that this is part of the game, especially between two UAAP rival schools. 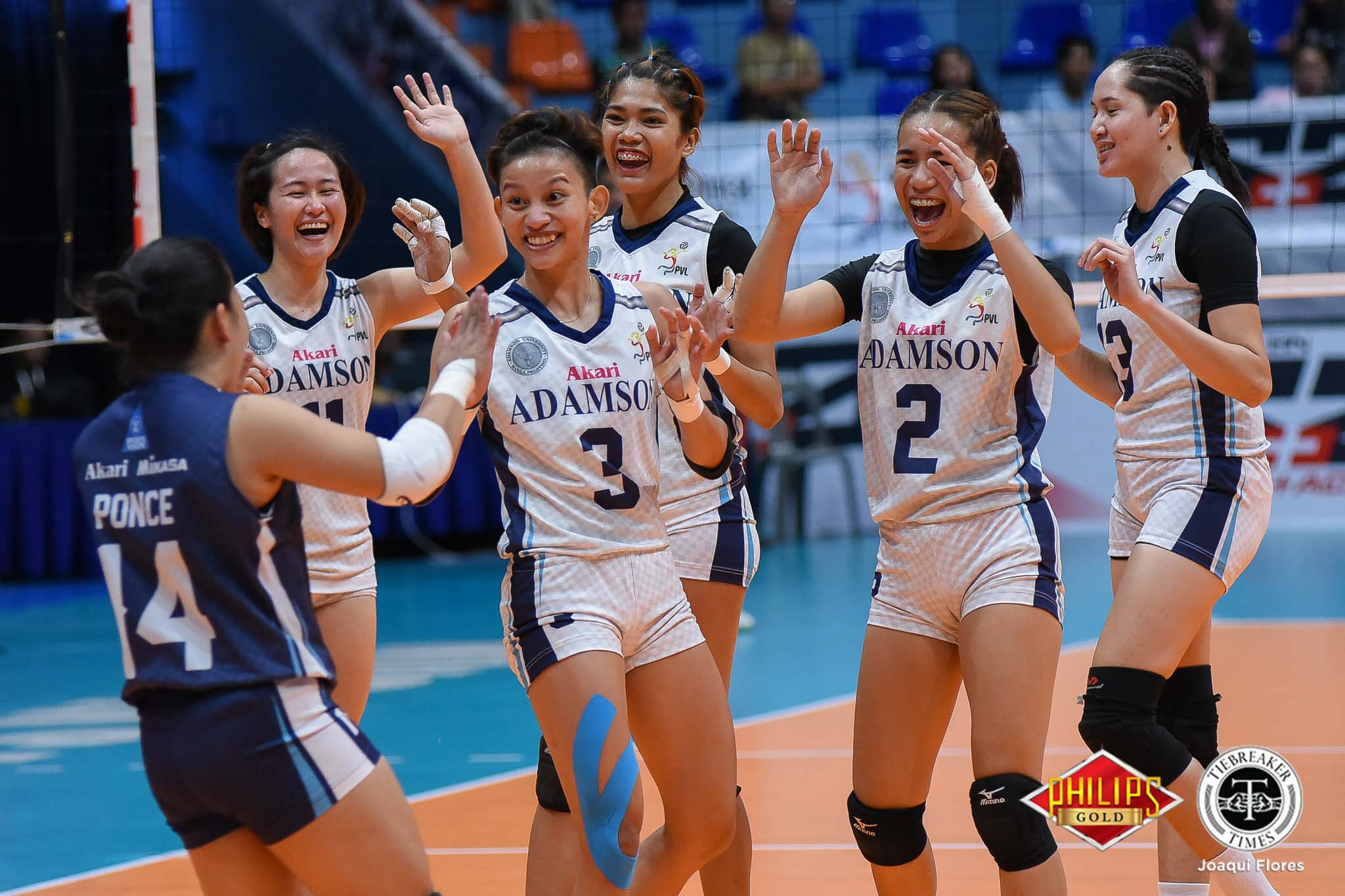 Instead, she let her game do the talking, matching Flora’s 25-point output with 28 markers of her own.

“I think Adamson’s definitely a really good defensive team and that’s our issue: that they’re super persistent and they keep the rallies going, so I admire their persistence. For us, we have to be more patient with our game,” said the 23-year-old.

“For me, I don’t really look at it like it’s UAAP, but definitely there’s that rivalry and that tension and that spirit. You can feel it on the court but I don’t let that get to me and don’t let that disrupt my play.

“For me, I’m not one of those aggressive player like, maybe, her. I try not to look at the other side of the court if ever she’s taunting or super aggressive. I shouldn’t try to top her because that’s not how I play,” she furthered.

“I’ve never seen Kat play like this before na you can seen her moving, diving, asking for the ball. I haven’t sen her like this before. Siguro, more believing pa on Kat’s part na ‘I am the girl so just give it to me’. Sometimes nga they know how to play, but I have to push them to win,” said the passionate head coach.

If Tolentino’s learned anything from Almadro, it’s that passion can be gained through osmosis.

“I think it’s his passion. He brings that passion and it transfers to us,” said Tolentino of her new head coach.

“We’re thankful because he never lets up.”

Bo Perasol on Bright Akhuetie leading MVP race: ‘He won’t be happy if we’re not going to F4’