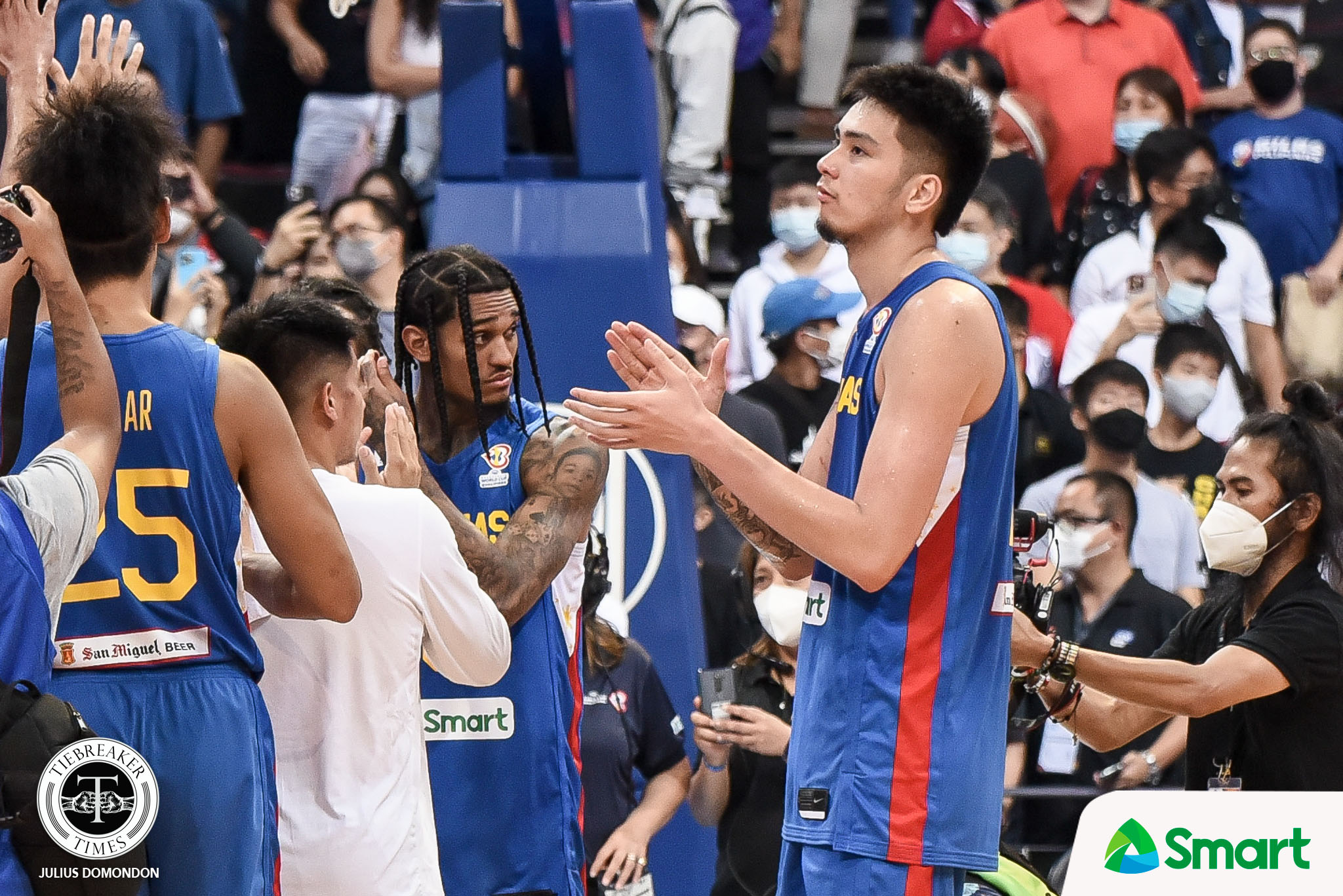 Chot Reyes will only have the entire pool of Gilas Pilipinas Men at his disposal just days before their Window 5 game against Jordan on November 5.

“Unfortunately, magiging buo lang kami once we get to Jordan because even the Japan players, they won’t get here until November 1 and 2. We have a three-day period when all the PBA players can practice but the Japan players won’t be here,” he said.

Meanwhile, Kai Sotto has yet to get his Jordanian visa.

And if Sotto’s visa makes it in time, he will head straight to Amman as Adelaide’s last game before the NBL’s international break will be on November 5.

“We are not making any announcement on Kai unless he has his Jordanian visa already. If that happens, his last game in Australia will be on November 5. He will go straight to Jordan at hindi na siya dadaan dito. So dun lang kami mabubuo, November 7-9,” he continued.

“That’s the only time we will be complete before we face Jordan on November 10, which we know will be a tough opponent.”

Still, Reyes sees no problems for the overseas imports in adjusting to his system as he already handled them during Window 4.

“The guys in Japan and Kai know the things that we are doing. Hopefully, those three days, we will be able to prepare well against Jordan.”

After the Jordan game on the 10th, Gilas will face Saudi Arabia on the 13th.