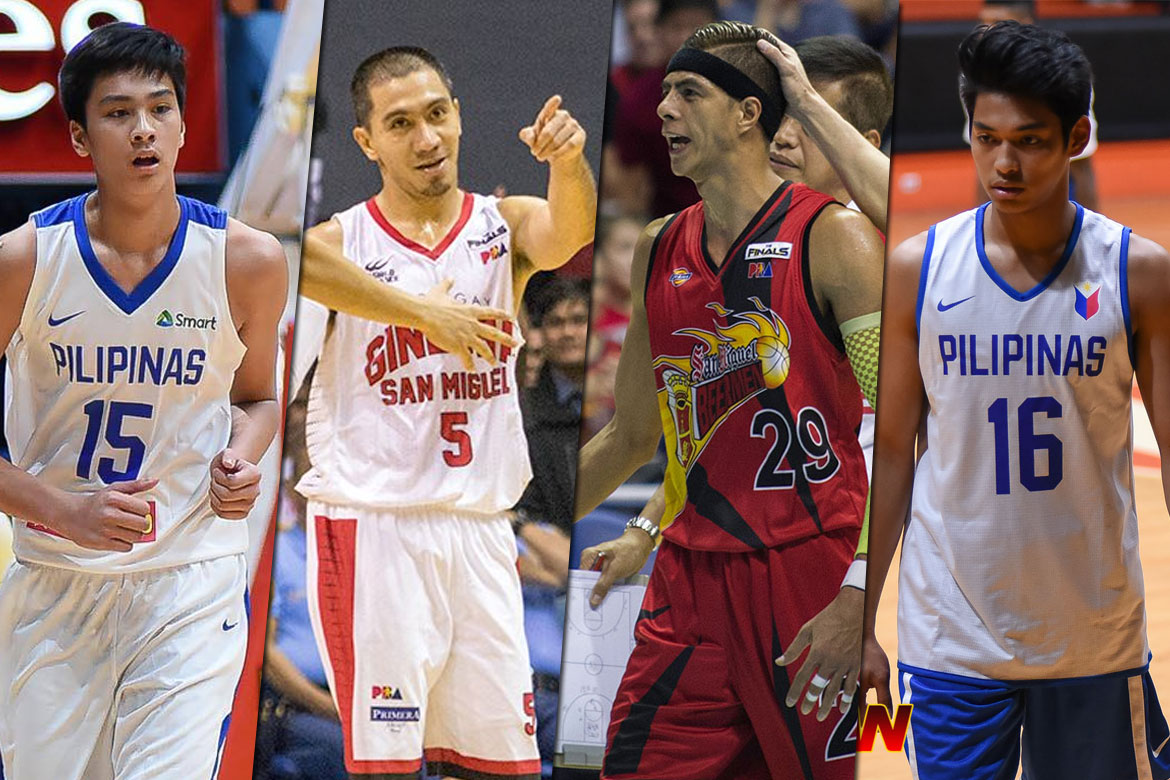 Head coach Yeng Guiao announced the new pool on Tuesday afternoon during the halftime break of the 2018 PBA Governors’ Cup quarterfinal clash between the Blackwater Elite and the Magnolia Hotshots at the SMART Araneta Coliseum.

Also included are TNT Katropa players Troy Rosario and two-time Asia’s best point guard Jayson Castro, as their three-game suspension from that July brawl will end after Gilas’ match versus Kazakhstan on November 30.

They will be eligible to play versus Iran on December 3.

Guiao will have the luxury of forming the best frontline for the Nationals, as reigning four-time PBA MVP June Mar Fajardo and seven-footer Greg Slaughter are both healthy this time around, unlike in the previous window.

“This is the best team ever formed,” said SBP president Al Panlilio.

Not in the list is naturalized center Andray Blatche, despite having expressed his desire to play through a social media post last Monday morning. Guiao decided not to include him so as to not disrupt the chemistry his team has formed.

That means Guiao will choose yet again between Standhardinger and Pringle.