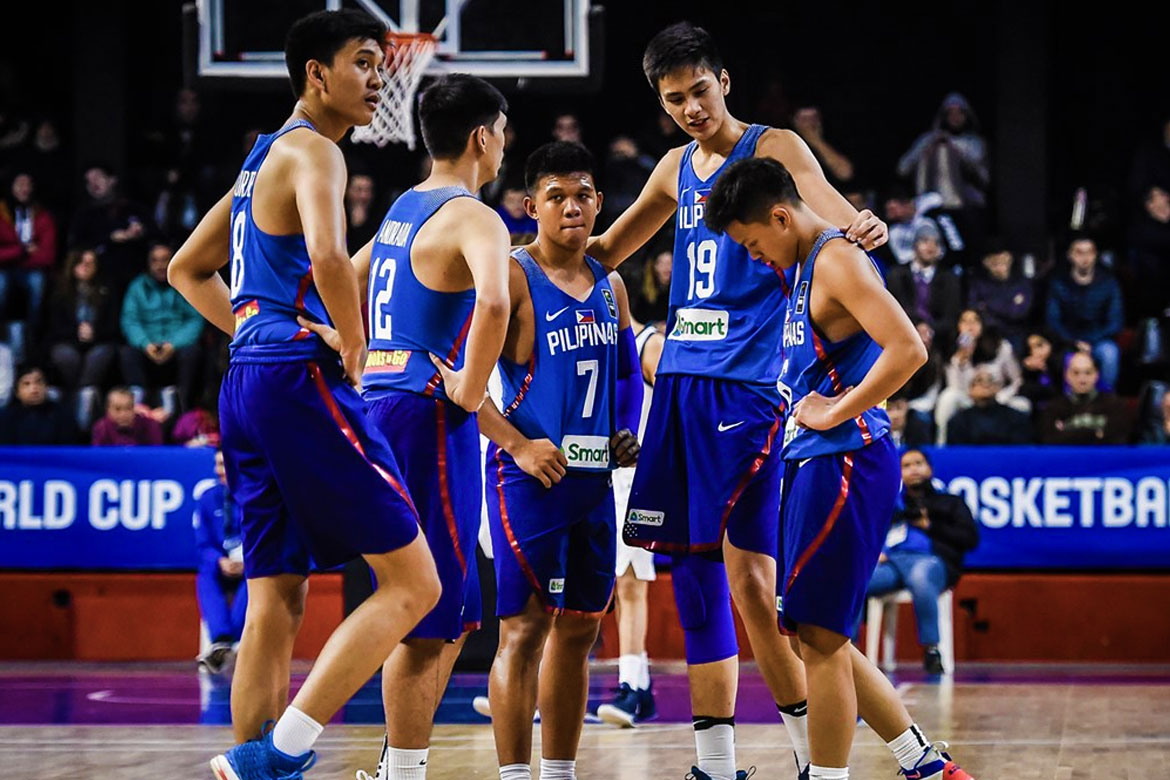 Against a hostile crowd and an inspired opponent, the Under-17 squad of Batang Gilas Pilipinas fought their hearts out. Still, it was not enough to punch them into the win column, falling to Argentina in a heartbreaker, 71-74, Wednesday morning (Philippine time) at the Newell’s Old Boys in Rosario, Argentina.

Batang Gilas ended their group stage campaign with a 0-3 record. They have a tough task ahead as they take on Group C leaders Canada in the knockout Round of 16 on Thursday. Tip-off time is at 2:45am.

It wasted the gallant stands of Gerry Abadiano, Terrence Fortea, and Kai Sotto.

Abadiano, a starter for the first time in the tournament, had 17 points, while fellow NU Bullpup Fortea had 17 markers as well. Kai Sotto bounced back from a horrid game against France, finishing with 13 points and 15 rebounds.

Rightfully so, it was the three who had a chance to send the game into overtime.

Down by three with plenty of time left, all three had a chance to knock down a triple, but all their attempts missed the mark.

Batang Gilas figured in a nip-and-tuck affair with the hosts, even leading in the third frame, 54-52. But Juan Scachi and Gaston Bertona had the answers for every bucket made by the Filipinos.

RC Calimag had nine points in the contest, while Carl Tamayo complemented Sotto with nine rebounds and six points.