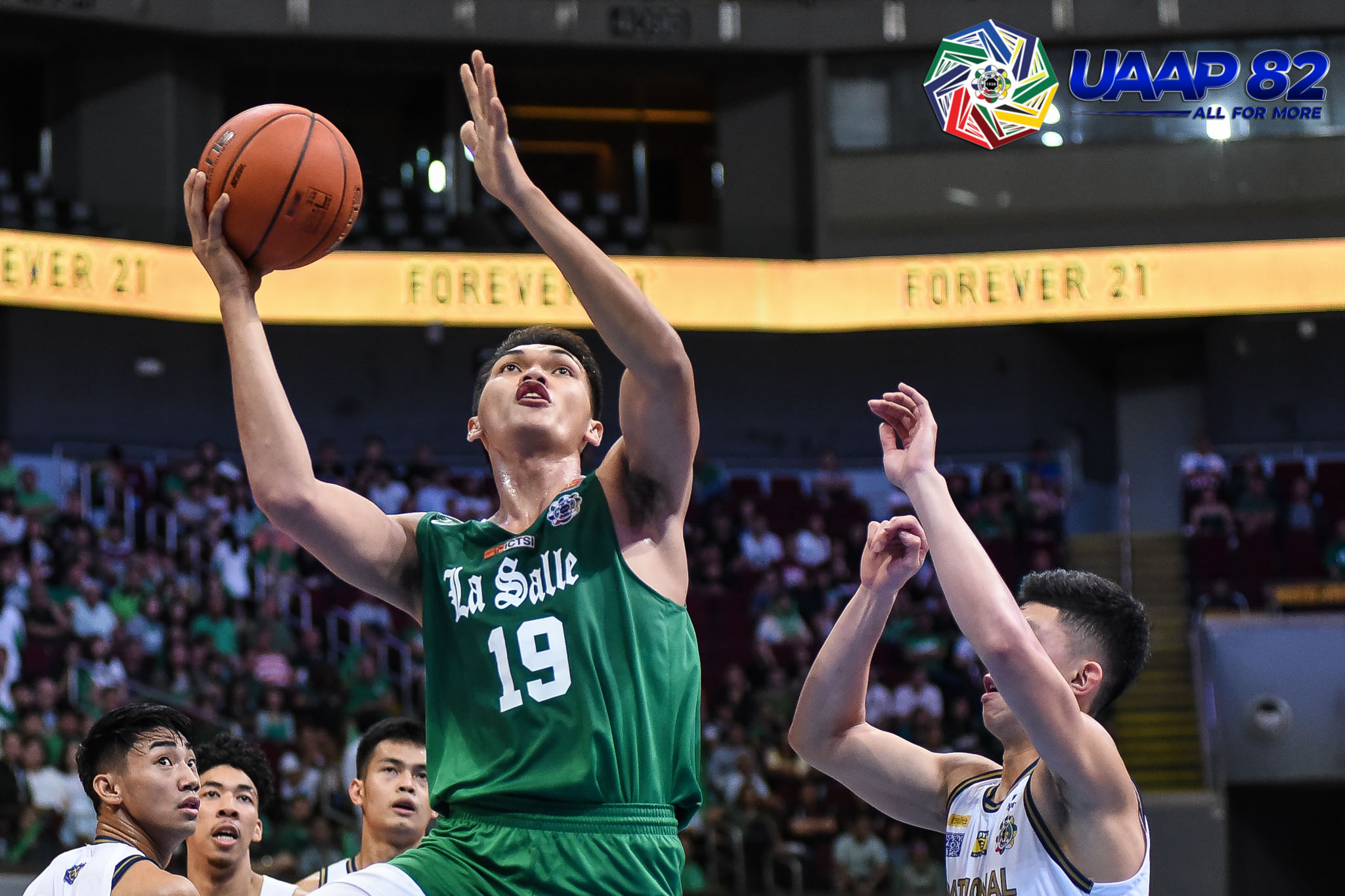 Justine Baltazar carried the De La Salle University Green Archers to their first win streak of UAAP Season 82 with an 85-61 victory over the National University Bulldogs, Sunday at Mall of Asia Arena.

It was a dominating performance for the fourth-year center, churning out a monstrous statline of 25 points and 25 rebounds. He also picked up two assists and two blocks to tow the Green Archers to the promised land.

Baltazar already had a double-double back in the first half as La Salle started hot off the gates with a 26-9 barrage, showing much desire to get back-to-back wins for the first time this season.

It wasn’t all Baltazar for the Taft side, however, as they tied UST at third place with identical 4-4 slates.

Andrei Caracut found his mark from downtown with his 3-of-4 shooting to finish with 16 points, six rebounds, and five assists. Meanwhile, Jamie Malonzo gathered 12 points and five rebounds in the conquest.

Dave Ildefonso topscored for NU (1-7) with 11 points, two rebounds, and one steal.

NU will keep trying for a second win this Wednesday, Oct. 9, 10:30am, against the FEU Tamaraws. On the other hand, La Salle look to stop arch-rivals Ateneo Blue Eagles next Sunday, Oct. 13, at 12:nn.