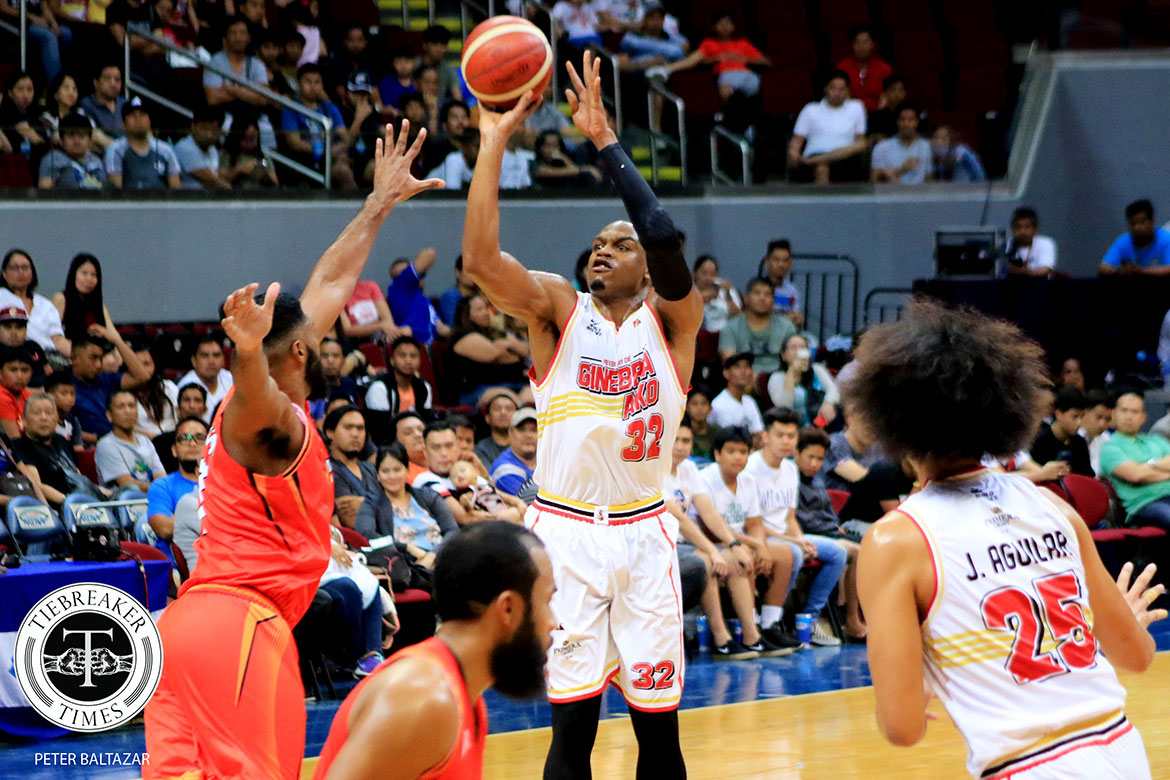 Brownlee scored off a floater and a corner three-pointer to give the defending champs the lead from being down two, 68-70, with 2:12 left in the game before the Batang Pier missed all their shots in the final 34 seconds.

The reigning Best Import scored five straight to give the defending champions the lead from being down two, 68-70, with 2:12 remaining in the game, before Sean Anthony missed two of NorthPort’s three shots in the final 34 seconds.

Brownlee finished with 32 points, eight rebounds, six assists, five steals, and a block in the win that brought them to 2-1.

“I almost didn’t remember coming in here because I coached so poorly I thought it was a loss rather than a win. Certainly, it wasn’t pretty. We were turnover-prone tonight,” lamented coach Tim Cone as Ginebra committed 16 errors.

Greg Slaughter supplied 16 points and four rebounds in the win even if his mouth bled late in the game after an inadvertent hit from NorthPort import Prince Ibeh when they jockeyed for position underneath the rim.

Mo Tautuaa had 15 points, 10 rebounds, and four assists against seven turnovers to lead NorthPort, whose three-game winning streak has been put to an end and has also lost hold of the top spot of the standings to Phoenix Pulse.

Ibeh only managed to score eight points on 4-of-10 shooting from the field, but he made up for it by collecting 24 rebounds and five rebounds — which are both game-highs — in the 45 minutes and 45 seconds he saw action.

Ginebra will look to get going versus Rain or Shine Elasto Painters on June 7, Friday. NorthPort, meanwhile, will look to get back on track when they take on San Miguel Beermen on June 5, Wednesday. Games are at SMART Araneta Coliseum.

Myla Pablo remains day-to-day due to back injury