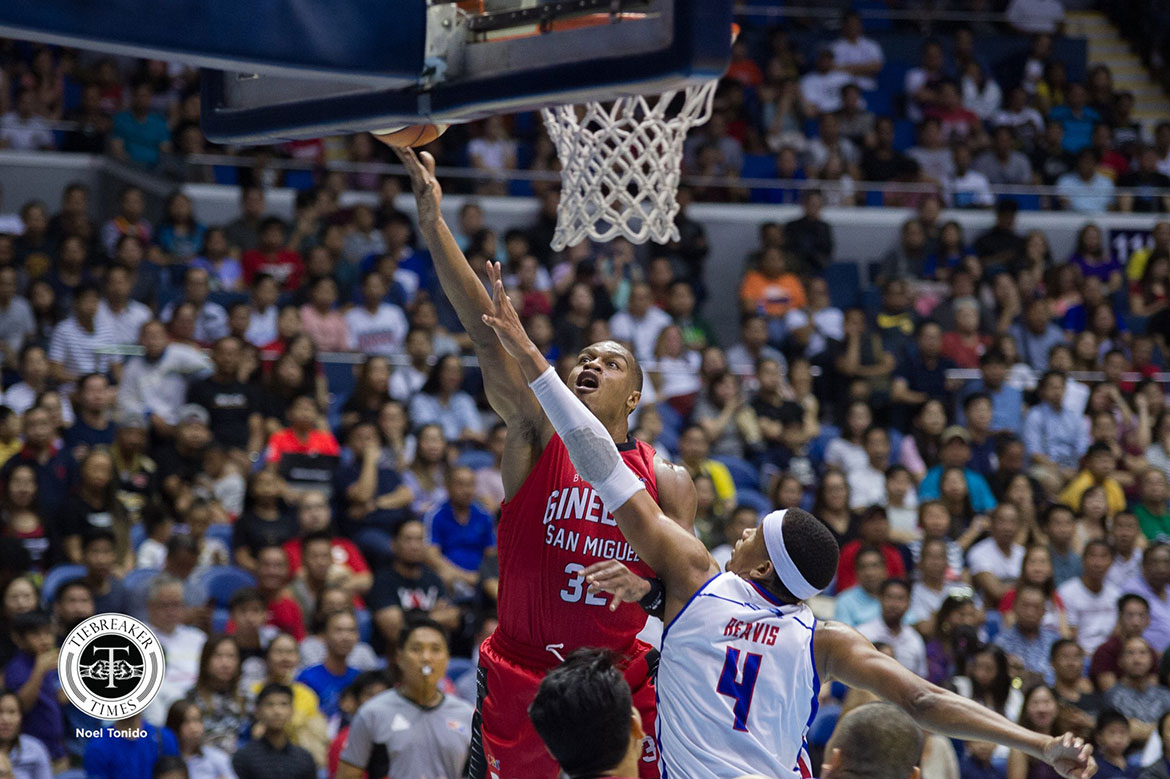 Though he set the pace for the Barangay Ginebra San Miguel and helped them triumph in yet another Manila Clasico affair with bitter rivals Magnolia Hotshots on Sunday night, Justin Brownlee wasn’t glad with the way he fared.

The 2018 PBA Commissioner’s Cup Best Import flirted with a triple-double of 29 points, 12 rebounds, and seven assists, and even made the game-sealing bucket off his steal with 24 ticks left, but his numbers were negated by nine errors.

And those turnovers meant Brownlee was far from satisfied.

“I feel like I didn’t play up to par, you know. I had nine turnovers today. I think I can do better for my teammates,” rued Brownlee, also noting that it was the Hotshots’ stifling defense that forced him to commit that many errors.

Luckily for him, his teammates were there to help him. Everybody except one player scored in the 93-86 victory, with Japeth Aguilar and the returning Greg Slaughter chipping in 17 and 11 markers each.

Given that, Brownlee couldn’t be prouder.

“I feel like they did an incredible job. Like I said it shows the character of our team,” added Brownlee, who’s now in his fourth Ginebra stint.

“One man falls, your brother is there to pick you up, help you, and do whatever you gotta do.”

The Gin Kings still have one more game left in the Governors’ Cup eliminations, but they will be heading into the quarters with a twice-to-beat edge. So for Brownlee, they’re now preparing for the hunters coming for their heads.

“Winning this conference the past two years, and we’re coming off a Commissioner’s Cup, I’m not sure if we’re the favorites but teams recognize that and they surely wanna be the champs,” said the 29-year-old American.

“So you know what they’re saying: if you wanna be the champ, you gotta beat the champs. You know the teams are gonna come out prepared and they’re gonna give it their all.”

Jio Jalalon owns up to costly TO down the stretch