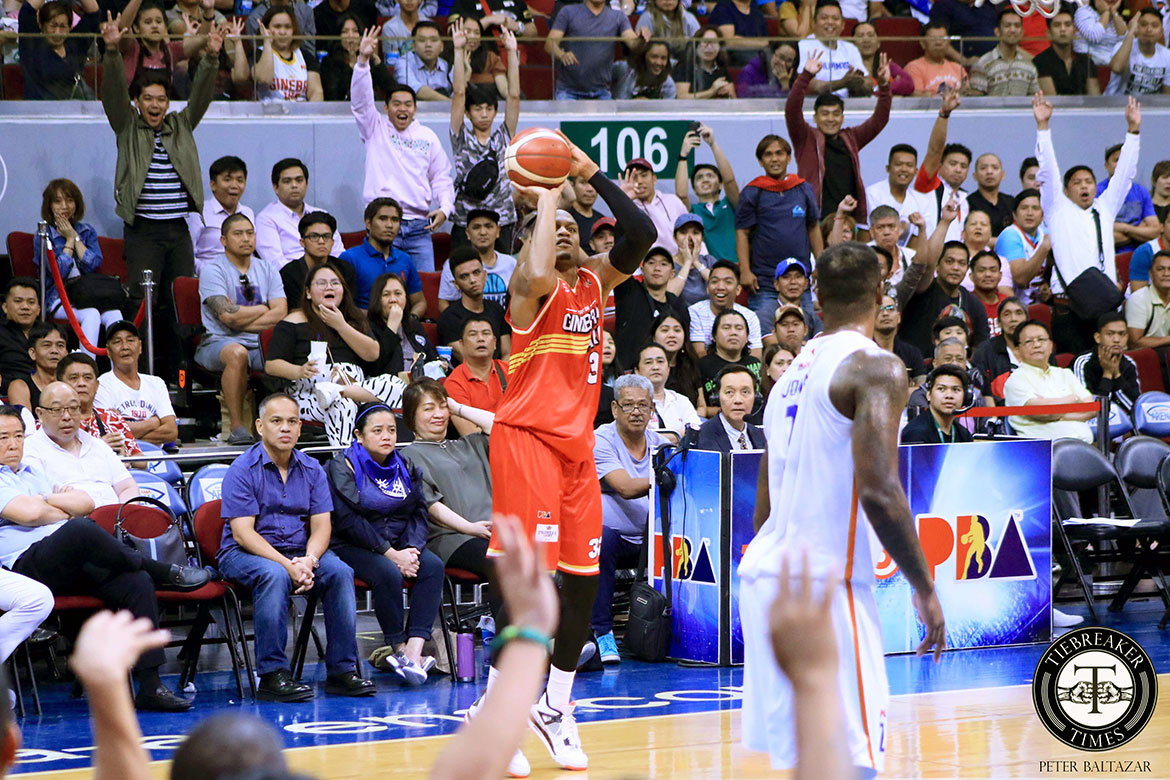 The first three quarters of the 2019 PBA Commissioner’s Cup semifinals’ Game Three between the Barangay Ginebra San Miguel and the TNT KaTropa on Tuesday night saw a different Justin Brownlee.

Across those periods, the reigning Best Import only had six points. And if TNT could contain him until the final buzzer, he would end up with a single-digit score for the first time in his PBA career.

But that didn’t happen. The Brownlee Magic, as the Ginebra fans say, took effect in the fourth quarter.

Brownlee poured eight points in the final frame, helping the Gin Kings avert a meltdown. Ginebra scored the 80-72 victory to avoid getting swept and keep their title-retention bid alive.

“I was just seeing some openings to try and maybe get some switches where I can get to a spot,” said Brownlee, who had 14 points, 11 rebounds, eight assists, four steals, and two blocks.

“I was just seeing how they were defending me and just read through it,” added the 6-foot-4 guard.

Brownlee, though, the key really to their win was their defense on the three-point line. From allowing TNT to shoot 16 treys in Game Two, Ginebra only made them shoot five this time.

“TNT is a really good team. They got weapons. I think we did a good job of defending the three-point line,” he said.

Game Four will be on Thursday, and the Barangay are keen on tying up the series. Still, for Brownlee, they just have to have the same approach they had in Game Three to achieve their goal.

“We just try to have the same mentality and approach like we did today. Just come out and be aggressive on offense and be solid on defense.”