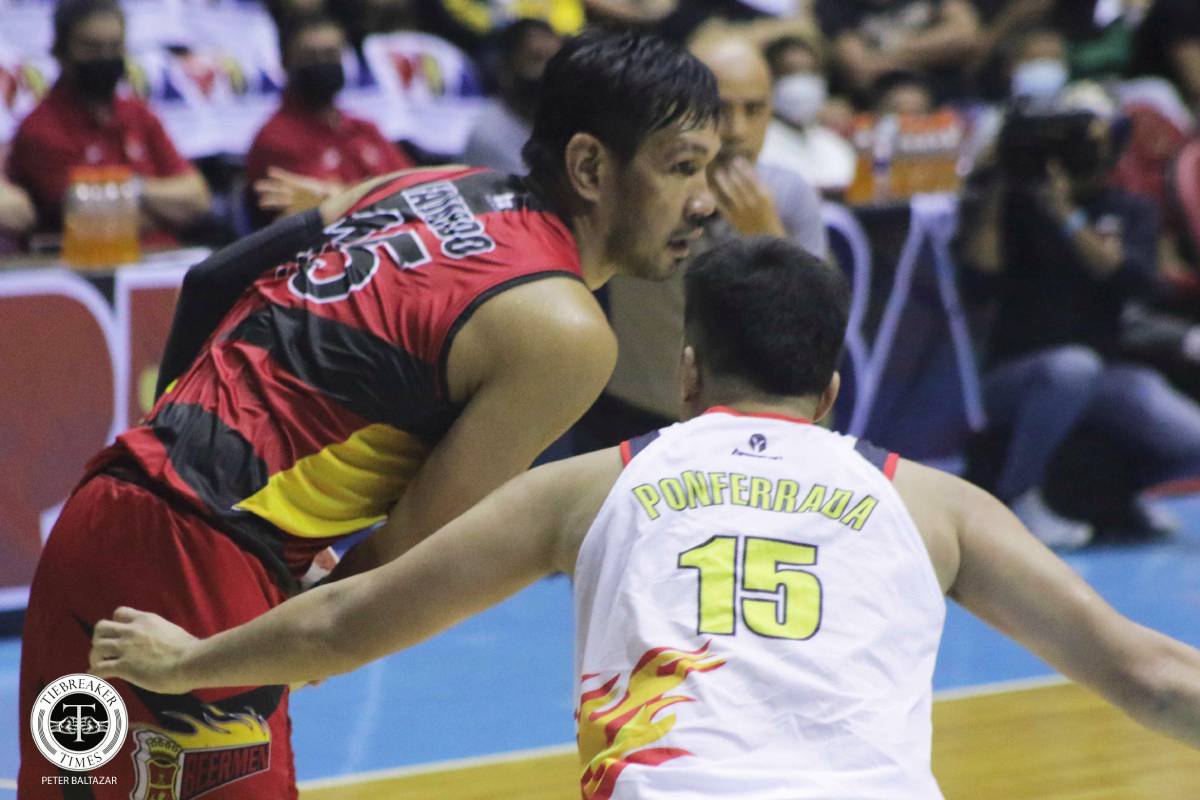 June Mar Fajardo simply went to his teammates with the defense, as usual, doubling down on him as San Miguel faced a hungry Rain or Shine side in the 2022 PBA Philippine Cup, Wednesday evening.

Never did he know that it would lead to a personal best.

The league’s only six-time MVP tallied a career-high seven assists, the highlight of a performance that also saw him collect 10 points and 16 rebounds as he helped the Beermen beat Rain or Shine through a 99-93 decision.

His last dime of the game proved to be an important one as it helped keep the Ealsto Painters at bay. Following an effective ball fake against two defenders, he dished it to Jericho Cruz underneath to make it 97-90 with 35.1 ticks left.

The Cebuano star accounted for almost one-third of SMB’s assists as the team finished with 23. And that kind of unselfishness led to yet another solid flex of depth as a total of six Beermen finished in double figures.

This marks yet another time that one from the Beermen upped the ante in involving their teammates. CJ Perez had 12 dimes, on top of 15 points and 13 rebounds in their 11-92 conquest of Converge last Sunday.

Head coach Leo Austria is, indeed, happy with what he’s been seeing from Fajardo and Co., who are now sitting atop the standings at 5-1.

“I’m happy for June Mar dahil nabi-visualize niya, nasu-survey niya, that’s why marami siyang magagandang assist, and that is crucial,” he said. “That’s one thing that’s happening in our team, everybody wants to share the ball.

“It’s a sign of maturity for June Mar,” the multiple-time Coach of the Year furthered about the 32-year-old big man, who is in his 10th year in the league.

“They could stop June Mar, but they cannot stop him from issuing some assists. Kaya ayun, maganda ang nangyayari.”

The second game of each gameday is also live-streamed on SMART Sports.</