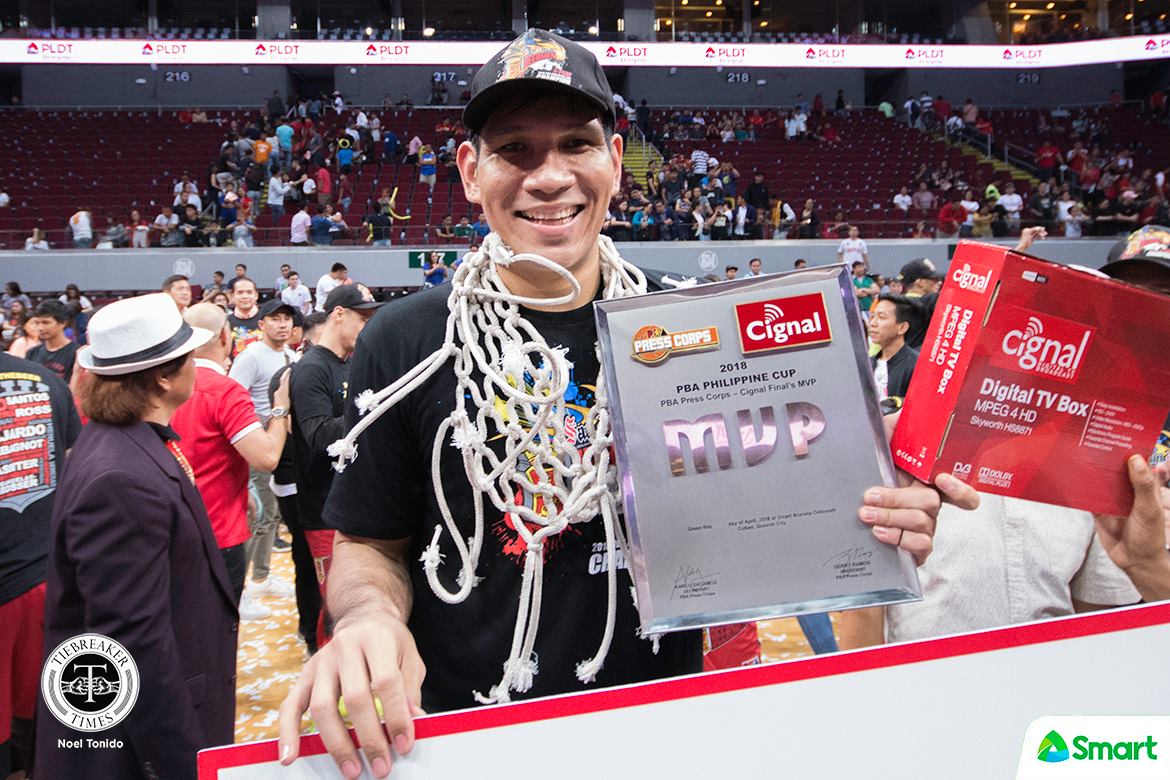 Taken into the deep waters by the Magnolia Hotshots in Game Five of the 2018 PBA Philippine Cup Finals, June Mar Fajardo simply wanted it more.

The record-setter for most Best Player of the Conference awards dropped 42 points and 20 rebounds to will the San Miguel Beermen to their fourth-straight Philippine Cup crown.

And he was a menace all throughout the series, as he averaged 24.4 points and 16.2 rebounds per game.

This is his second Finals MVP crown, first winning it during the 2015 Governors’ Cup.

Safe to say, at just 28 years young, he will still continue to make history with the Beermen.