Young Joshua Pacio needed to come of age against veteran Alex Silva. And he did just that on Friday evening in the main event of ONE: Fire and Fury at the SM Mall of Asia Arena.

The 24-year-old did not back down against the Brazillian Jiu-jitsu whiz — who is 13 years his elder — eking out a split decision win to retain the ONE Strawweight World Championship.

“For me, I’m not really impressed with my performance. I need to work more on my combinations and grappling skills,” said Pacio about his performance.

In the do-or-die fifth round, Pacio tried to go for the stand-up but Silva was able to take him down. The Brazilian could not get away from Pacio’s guard, though.

A clean roundhouse kick by Pacio resulted in another takedown by the former world champion. With just a minute left, the reigning kingpin still showed pageantry from the back, flashing a thumbs up at the crowd to say that he was alright. 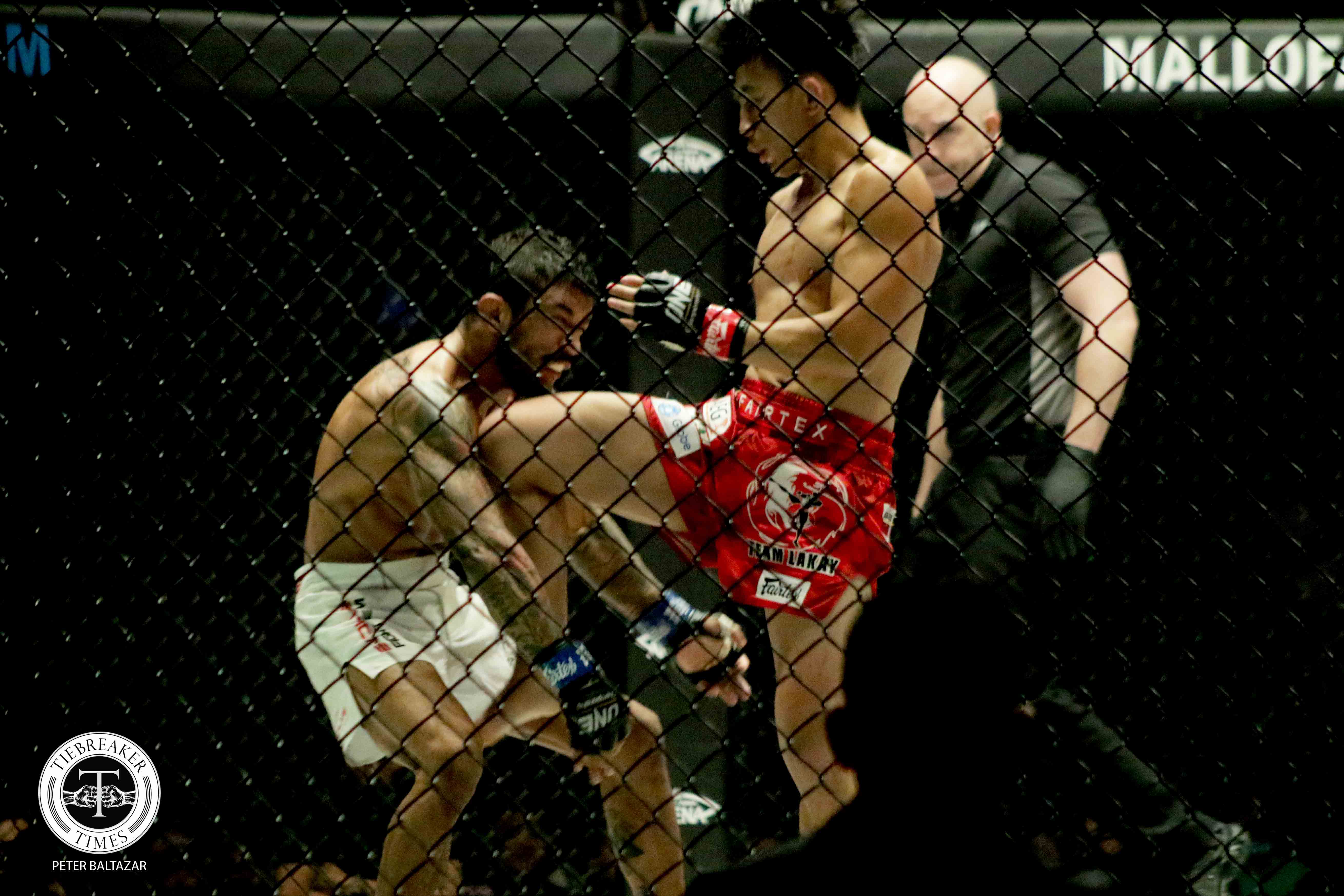 As the 25-minute bout ended, both men raised their arms in the air — proud of the grappling masterpiece they had just shown.

“It’s really hard. I just fought two months ago and I immediately needed to return to training camp for this fight. Our team worked on our ground game,” said Pacio after getting two of the three judges’ nod.

The two warriors went for multiple submission attempts in the first four rounds, with Pacio almost locking Silva in multiple guillotine attempts coming off failed takedowns. On the other hand, Silva — who spent the majority of the bout in Pacio’s guard — had his moments as well.

#ReadMore  What changed for Honorio Banario during the ECQ?

Pacio went up to 19-3, making another successful defense of his belt in the stacked division.

Silva saw his two-fight winning streak snapped to drop to 9-5.

In this article:Alex Silva, Joshua Pacio, ONE: Fire and Fury, Team Lakay