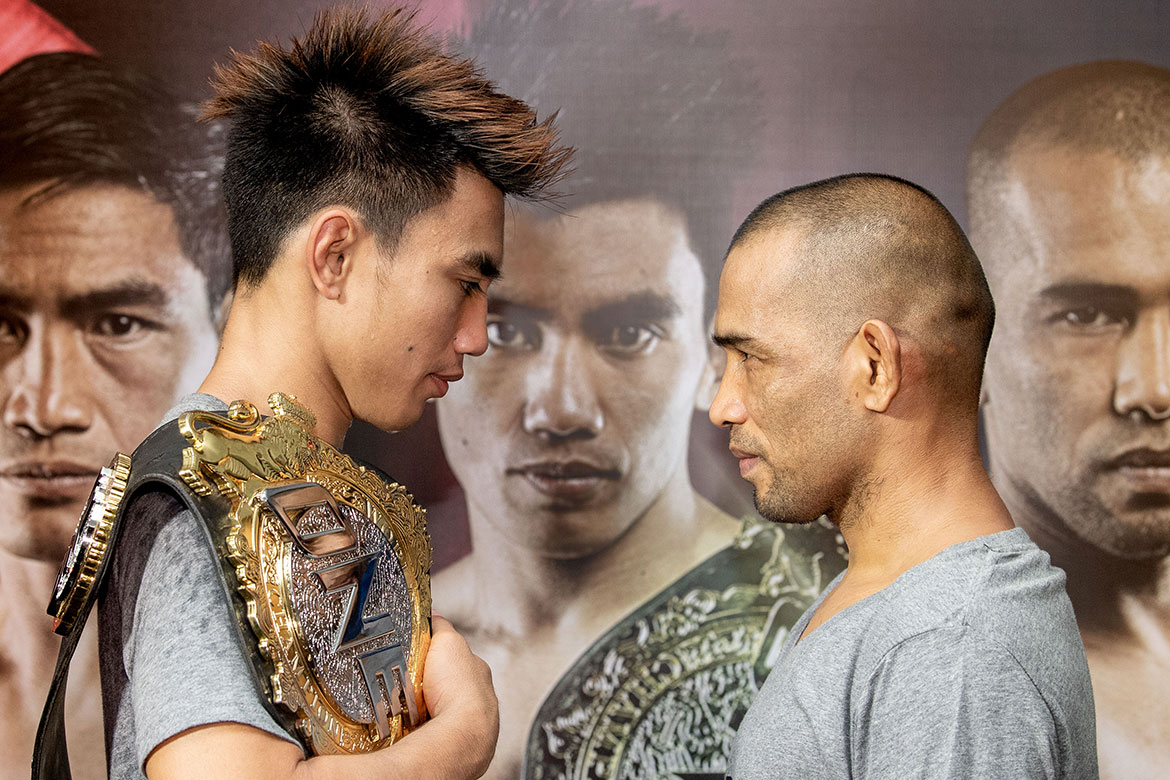 When ONE Strawweight World Champion Joshua “The Passion” Pacio battles Rene “The Challenger” Catalan at ONE: Masters of Fate, plenty of people are expecting youth to be his main advantage.

Coming into the bout this Friday, November 8 in Manila, Philippines, “The Passion” will be 17 years younger than his 40-year-old compatriot.

“A lot of people think that his age will be his weakness, but not me,” Pacio said.

“I look at him as a veteran, and he knows what he’s doing.”

The Team Lakay standout is fired up for the all-Filipino World Title bout with the red-hot challenger.

“I’m really excited for this match. This is such a big match and I’m really focused on giving it my all. Now I’m in recovery and just studying the execution of our game plan,” Pacio said.

“We’re looking to have all bases covered. I have a lot of respect for Mr. Rene, but I’m ready to counter whatever he shows on Friday.”

Earlier this year, Pacio lost his World Title to Yosuke “The Ninja” Saruta in a razor-thin decision, but he was able to get the strap back a few months later with an emphatic KO win.

Still, the Baguio City native is not too keen on calling himself a World Champion yet — at least not until he defends his belt against the former Asian Games and Southeast Asian Games gold medalist.

“I believe you can never really call yourself a World Champion until you defend it,” Pacio said.

“I’m really happy to be given a chance to defend this belt. The last time, I wasn’t so fortunate and I lost it. This time I will do everything to successfully defend it and to have strong momentum entering 2020.”

With three days until their anticipated showdown, “The Passion” looks to usher in a new era with a convincing performance against the grizzled veteran.

“In this match, we looked at a lot of things like on how I am going to set up my power punches, my takedowns, and how to be well-rounded this Friday,” Pacio said.

“But the biggest factor is [that] I know it’s my time now. This is the ‘Passion Era’, that’s why I’m confident that I’ll get the win and defend my belt.”

ONE Championship returns to Manila for one last time this year with ONE: Masters of Fate this Friday, November 8 at the Mall Of Asia Arena.

Or get your tickets here and use the code “onewarrior” for a 20-percent discount.