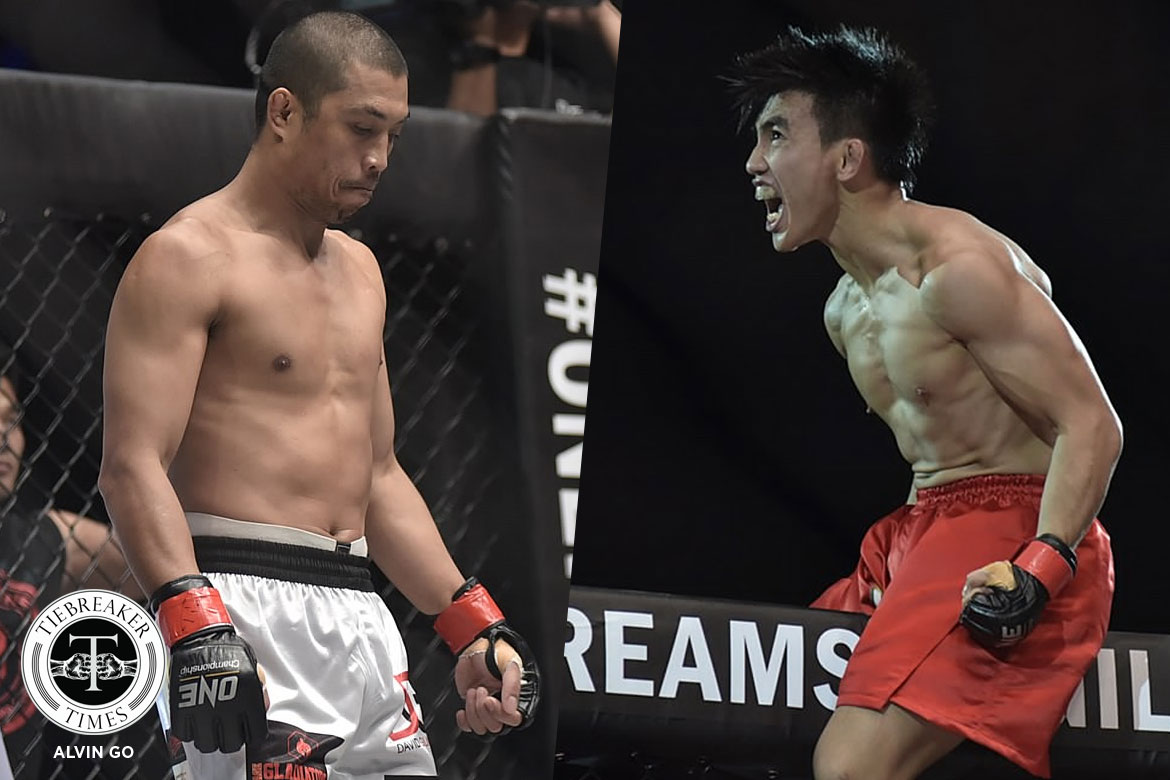 Tuesday evening, ONE Championship announced its main event for its first of four cards in Manila for 2018.

In the main event, Team Lakay’s Geje Eustaquio figures in a grudge match against Kairat Akhmetov for the interim ONE Flyweight World Championship.

The event will take place on Friday, January 26, at the SM Mall of Asia Arena in Pasay City.

“This is the first in four blockbuster events in Manila in 2018, and ONE Championship is looking to kick things off with a spectacular show,” said Chairman and CEO of ONE Championship Chatri Sityodtong. “Fans of martial arts in the Philippines are among the most passionate in the world, and it is our honor to present the best in local and global martial arts talent.

“The Mall of Asia Arena will be pulsating with excitement as hometown hero Geje Eustaquio takes on Kairat Akhmetov in a highly-anticipated main event rematch. This time, it’s for the interim ONE Flyweight World Championship.”

Joining Eustaquio in the card are three of his fellow Baguio-natives.

Joshua Pacio is one of the promotion’s most talented strawweights and a proud member of the famed Team Lakay. Pacio is a wushu practitioner with a solid grappling repertoire. All but one of his 10 career victories have come by spectacular finish, which includes five wins by submission and four by devastating knockout.

In his most recent bout, Pacio knocked out veteran Roy Doliguez with a second-round spinning back fist. A former ONE Strawweight World Championship Title Challenger, Pacio is looking to bring himself back to title contention with another victory.

A tough task is ahead of Pacio, however, as he is slated to lock horns with Pongsiri Mitsatit.

Pongsiri “The Smiling Assassin” Mitsatit is an undefeated martial artist from Chiang Mai, Thailand, and was previously a North Thailand Muay Thai champion with a 72-17 record, which included 49 KOs.

Since making his professional debut in the cage, the strawweight has amassed an unblemished record of 9-0 with seven knockout triumphs and one submission victory, and made an immediate impact in ONE Championship with first-round finishes over Ye Thway Ne and Rabin Catalan.

Featherweight standout Eric “The Natural” Kelly of Baguio City is widely considered one of the best homegrown martial arts athletes to come out of the Philippines. The wushu practitioner combines solid striking techniques with high-level grappling skills, which has resulted in nine impressive submissions and one knockout out of 12 total victories.

In his next bout, Kelly will face Rafael Nunes.

Rafael Nunes is a martial artist from Sao Paulo, Brazil with a 10-1 record. He is the former Premier FC Lightweight Champion and has steamrolled through the competition in his home country with a knack for winning by exciting finish. All but one of Nunes’ 10 wins have ended within the distance.

Eric’s brother Edward Kelly is also in the card, going up against Cambodian Meas Meul.

Edward “The Ferocious” Kelly is a 33-year old Filipino martial arts talent and one of the brightest featherweight prospects to emerge from the Philippines. With a complete striking and grappling skill set, Kelly brings Team Lakay’s world-renowned wushu to centerstage as he looks to showcase his expertise inside the ONE Championship cage. Kelly has won three of his last four bouts, all by spectacular finish.

He will take on Meas Meul.

Meas Meul of Phnom Penh, Cambodia is an undefeated martial artist with a professional record of 6-0. Meul made his ONE Championship debut in 2014, submitting countryman Chan Heng via rear-naked choke.