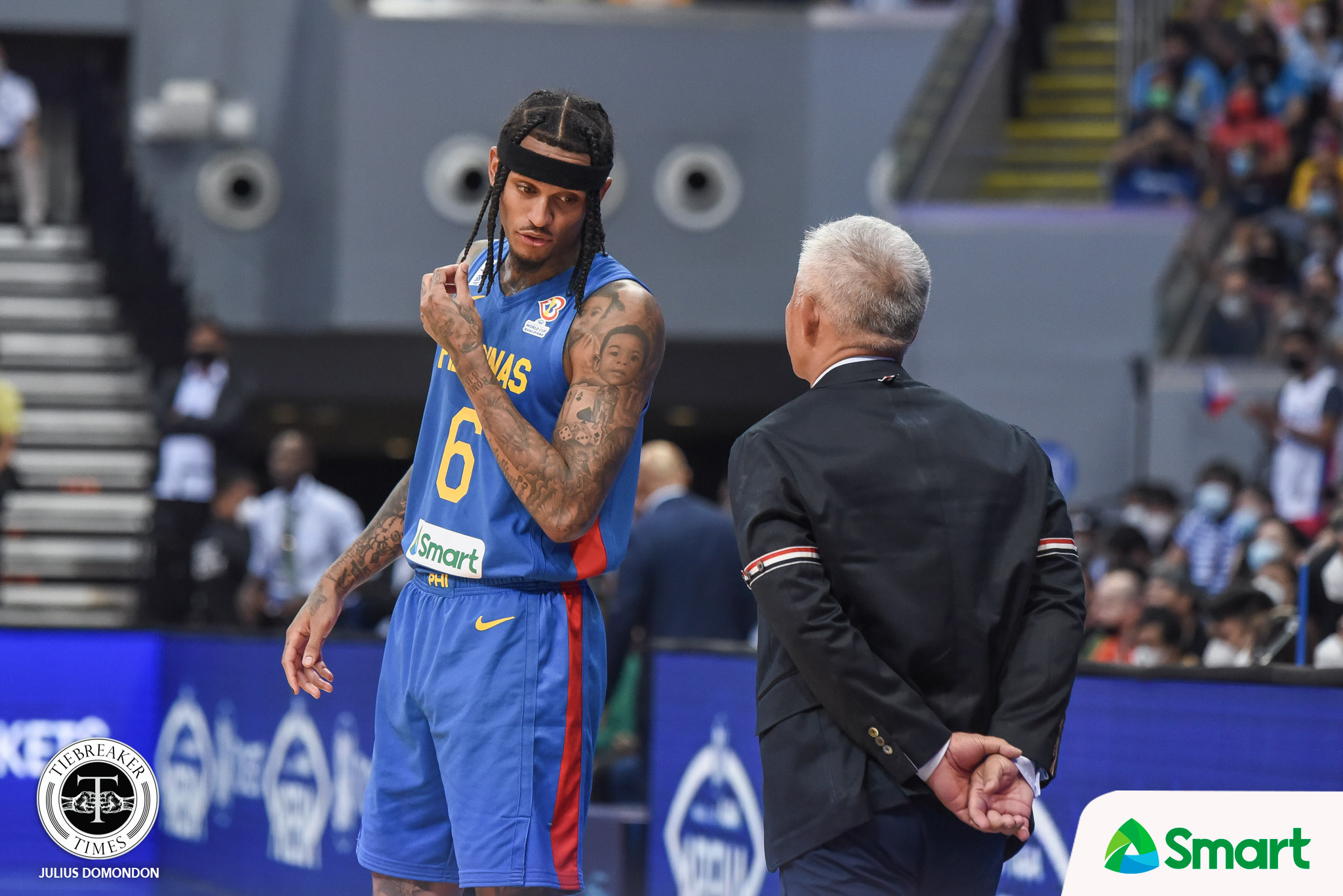 Jordan Clarkson has had a total of six caps for Gilas Pilipinas.

In his first four appearances, the prolific 6-foot-4 Filipino-American guard was only able to join the national team in Jakarta, Indonesia for the 2018 Asian Games.

It was only a brief stint and he was not able to fully immerse himself to Yeng Guiao’s system due to a lack of prep time for the continental meet. Still, he put up numbers of 26.0 points, 6.5 rebounds, and 5.5 assists per game.

But in his second stint in Gilas, he was able to get the full experience under Chot Reyes.

Besides being able to train with the team at Meralco Gym, he was able to play a road and a home game. In Window 4 of the FIBA World Cup 2023 Asian Qualifiers, he averaged 25.0 points, 6.5 assists, and 5.5 rebounds.

So what does Clarkson think of Philippine basketball now? Well, he described it in three words. 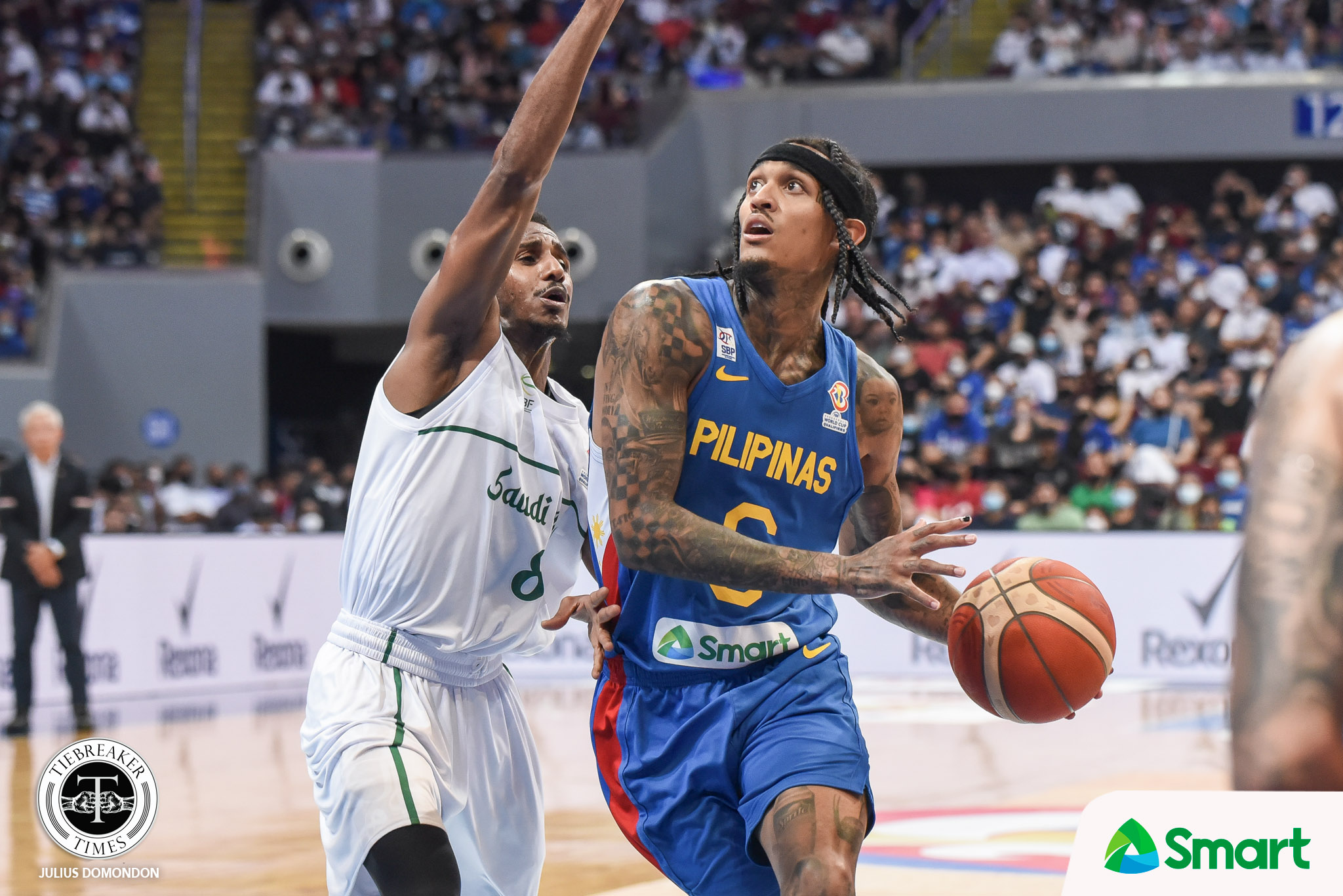 First off, this batch of Gilas had a bevy of lanky wings and quick guards. Moreover, the only legit big men were Kai Sotto, Japeth Aguilar, and Carl Tamayo — bigs who either rely on their athleticism or finesse.

Against Lebanon and Saudi Arabia, Gilas averaged 24.5 fastbreak points — including 29 against the Cedars. And this batch likes to pass a lot, averaging 18.0 dimes in the two games.

“If you look at our team, we are versatile with Kai and Japeth playing in those big situations but everybody is able to handle the ball, everybody is able to make plays, we all trust each other going to the room. For everything, we are all skilled enough to handle and get us into place,” continued the former NBA Sixth Man of the Year.

And it’s the style Clarkson and Chot Reyes want to see come the 2023 FIBA World Cup — an uptempo team that is positionless.

“We were able to test the versatility of the teams,” said Reyes. “Sometimes, we go big when we have Kai and Japeth together. Sometimes, we go regular or we go small when we don’t have a real four guy.

“That’s important moving forward and we become shapeshifters on what the game brings and what the opposition gives us.” 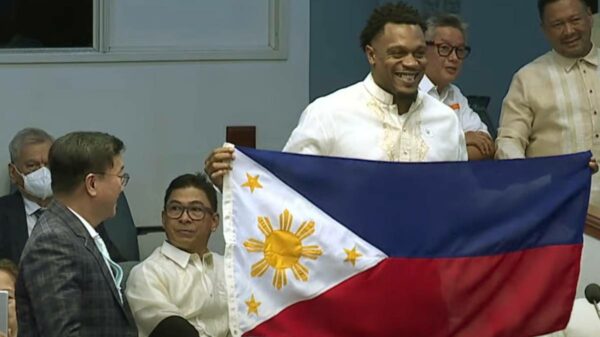 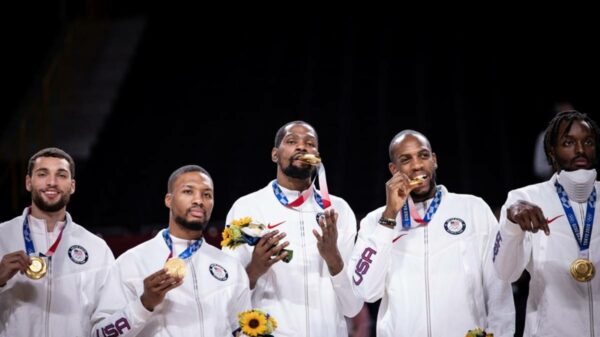