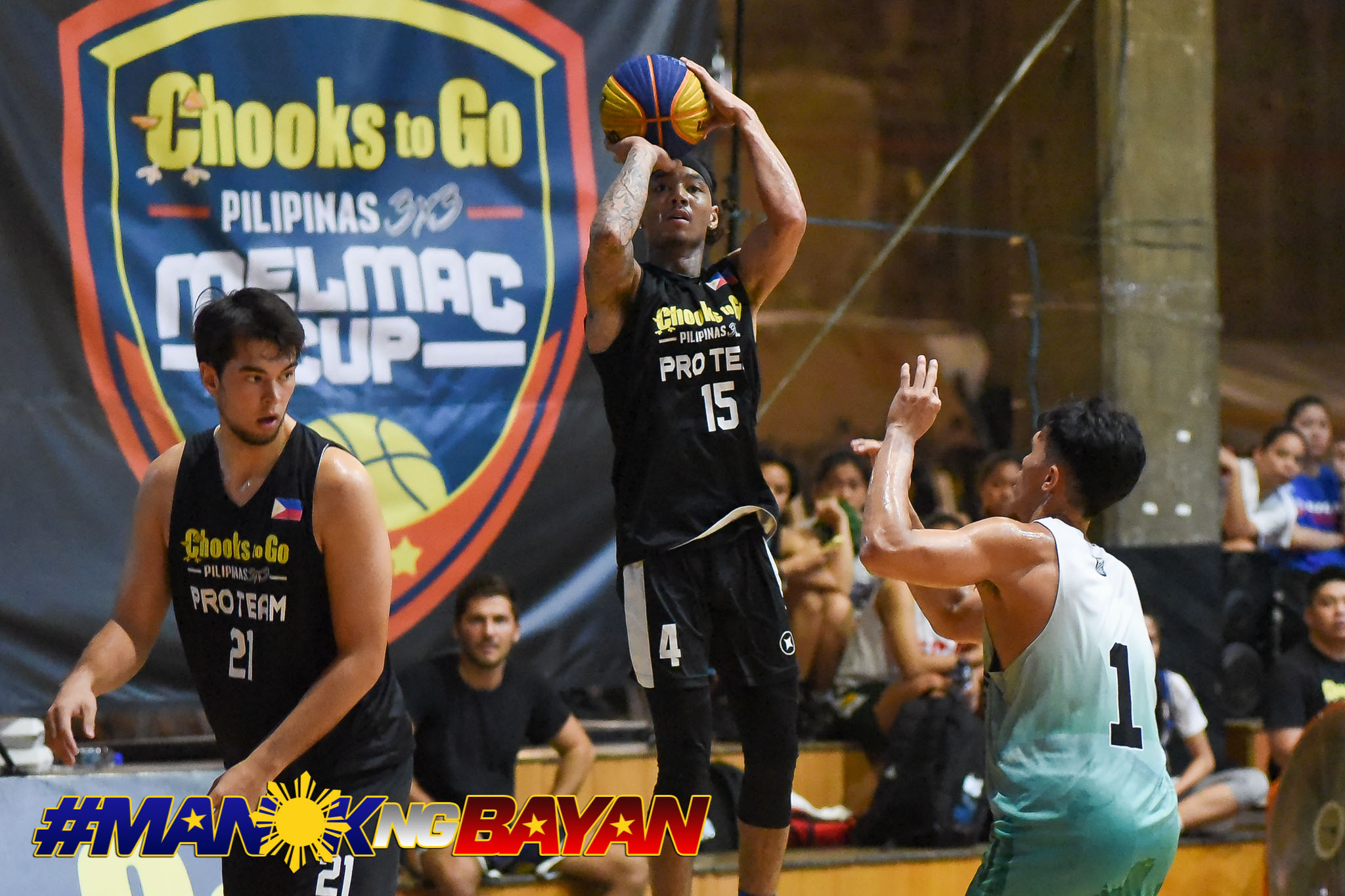 Franky Johnson got his sweet redemption for Pasig with a 21-17 victory over Big Boss Cement-Porac to rule the eighth leg of the Chooks-to-Go Pilipinas 3×3 MelMac Cup Tuesday at Gold’s Gym Sheridan in Mandaluyong.

The Fil-Am swingman buried three long bombs, including the game-winning deuce with 1:21 to spare and claim the Kings’ sixth victory in eight legs.

“That was a great shot yesterday. I thought it was good defense on my part, but a better shot by Ryan (Monteclaro),” said Johnson, the no. 8-ranked 3×3 player in the country, as he finished with nine points in the finals and more importantly, avenged himself from a bitter defeat in the seventh leg.

Johnson was the one who defended Monteclaro when the diminutive guard buried the amazing circus shot to take the 21-18 victory on Monday.

“Us losing yesterday helped us refocus and we came out today with more aggression. We’re just a lot more focused today,” he said.

Philippines’ no. 1 Joshua Munzon scored eight points as he put Pasig on the hill with an open lay-up, but Monteclaro kept Porac alive with a deuce that cut the deficit to two, 19-17, before Johnson’s winner.

Dylan Ababou scored a pair, while Troy Rike had one as the Kings took the P100,000 prize anew and hiked their total earnings to P650,000 for this tour, which is also presented by Coca-Cola and Gold’s Gym.

With Pasig stamping their class over the competition in this first season of the MelMac Cup, Johnson believes that the team has already found the right combination, one that can contend not just for this year, but also in the international competitions looking into the future.

“We always have each other’s backs. With these four, I feel like this is already a great team for us. We’ve got good chemistry and we get better each day,” he said.

Monteclaro led Big Boss Cement-Porac with eight points as the Gilbert Cruz-owned Builders settled for a runner-up finish for the third time to bag P30,000.

Season two of the Chooks-to-Go Pilipinas 3×3 MelMac Cup tips off on Wednesday, with six more legs slated before the October 31 deadline as the Philippines makes its last push to remain in the top 24 of the Fiba 3×3 rankings to gain a ticket to the Olympic Qualifying Tournaments (OQT) for the 2020 Tokyo Olympics.