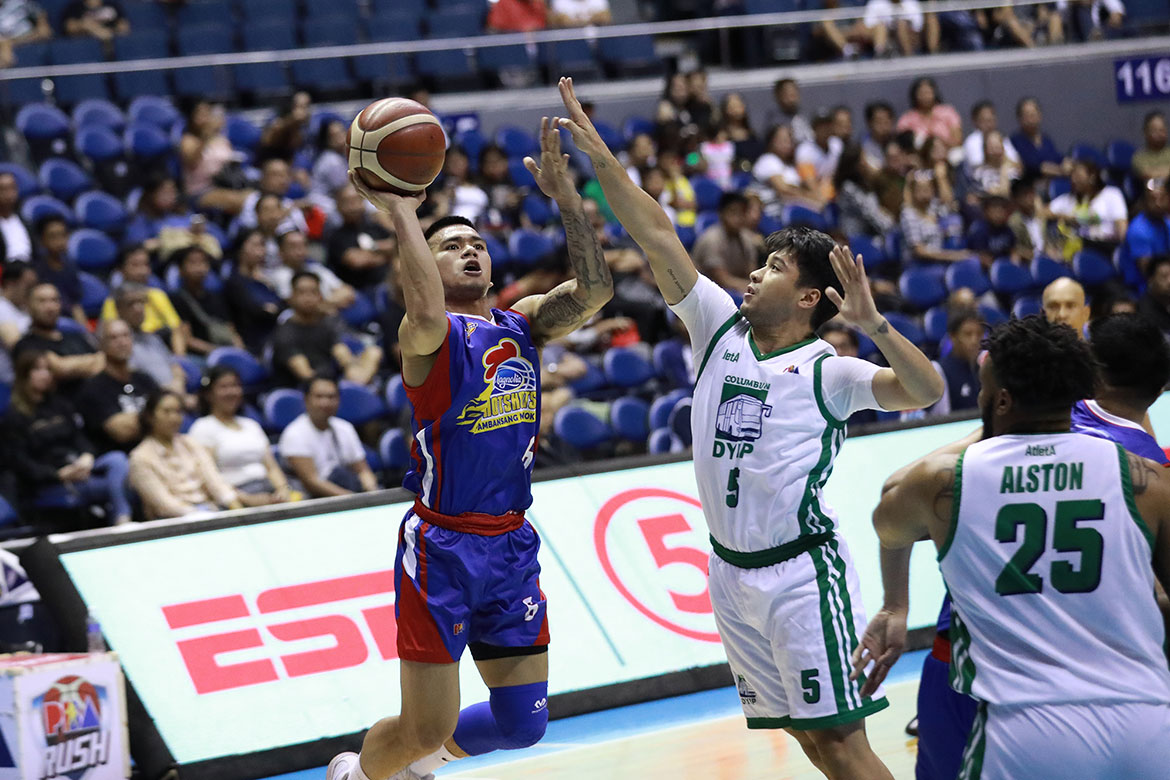 Magnolia frustrated Columbian, 118-103, to finally put an end to its three-game losing skid in the 2019 PBA Governors’ Cup, Sunday evening at the SMART Araneta Coliseum.

The Hotshots weathered several comeback attempts by the Dyip in the final chapter to get back to their winning ways and improved their card to 4-4 in the team standings.

“I told my players that this is the start our playoff run,” said coach Chito Victolero. “It’s a must-win for us, kasi coming from a three-game losing streak, so kailangan talaga naming makabawi.”

Ian Sangalang produced 24 points and eight rebounds, while Jio Jalalon florted with a triple-double as he finished with 19 points on 9-of-12 shooting, nine rebounds, and eight assists.

Import Khapri Alston had 26 points and 14 rebounds, Rashawn McCarthy had 18 points, six assists, and five rebounds, while Juami Tiongson had 13 markers in the loss that dropped the Dyip to 4-5.

Magnolia will take on Phoenix Pulse (2-6) next on November 6, Wednesday, at the Cuneta Astrodome, while Columbian will battle Meralco on Friday, November 8, still at the Big Dome.

Andrei Caracut has no regrets despite disappointing finale