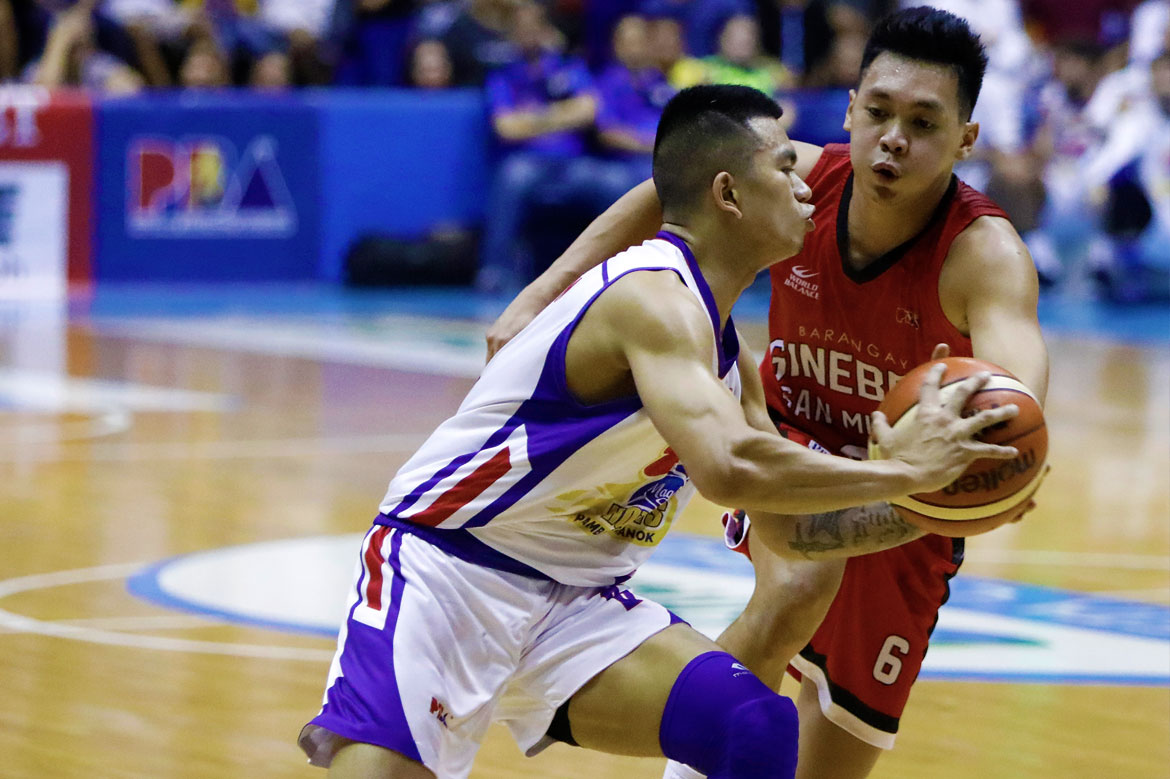 The Magnolia Hotshots faithful inside the SMART Araneta Coliseum on Sunday night went raucous when their team knocked within distance after trailing by as many as 22 to rivals Barangay Ginebra San Miguel.

Jio Jalalon was responsible for lifting the Hotshots within just five, 84-89, big thanks to his three-point play conversion – he was fouled underneath the rim by LA Tenorio when he went for the bucket – with 34.3 seconds left in the final frame.

“Nakabalik na kami ng second half,” said the diminutive Jalalon, whose Magnolia also went down by 19 points, 43-24, moments prior to the halftime break.

Unfortunately, the former Arellano University Chief went from hero to goat in just a matter of seconds.

Jalalon drove hard from the baseline and was looking for teammate Romeo Travis, who was looking to receive the ball after cutting to the basket. But Greg Slaughter was underneath the rim, too, and he made it a hard time for Jalalon.

Jalalon was able to dish the ball while Travis was on his way to the rim. His pass, however, went a bit off-line, and instead of reaching his teammate, the ball was anticipated and caught by opponent Justin Brownlee.

Brownlee then took the ball down and scored all over the defense of Mark Barroca, widening the Gin Kings’ lead to seven, 91-84, with 24.5 seconds left to play. The Barangay would not lose hold of that lead after that.

But as frustrating as it had been for him to be partly blamed for the loss, Jalalon isn’t dwelling on it and instead will stick with the positives, such as being able to clinch a twice-to-beat edge for the Governors’ Cup quarterfinals.

Justin Brownlee lauds Ginebra for stepping up for him: ‘One man falls, your brother is there to pick you up’