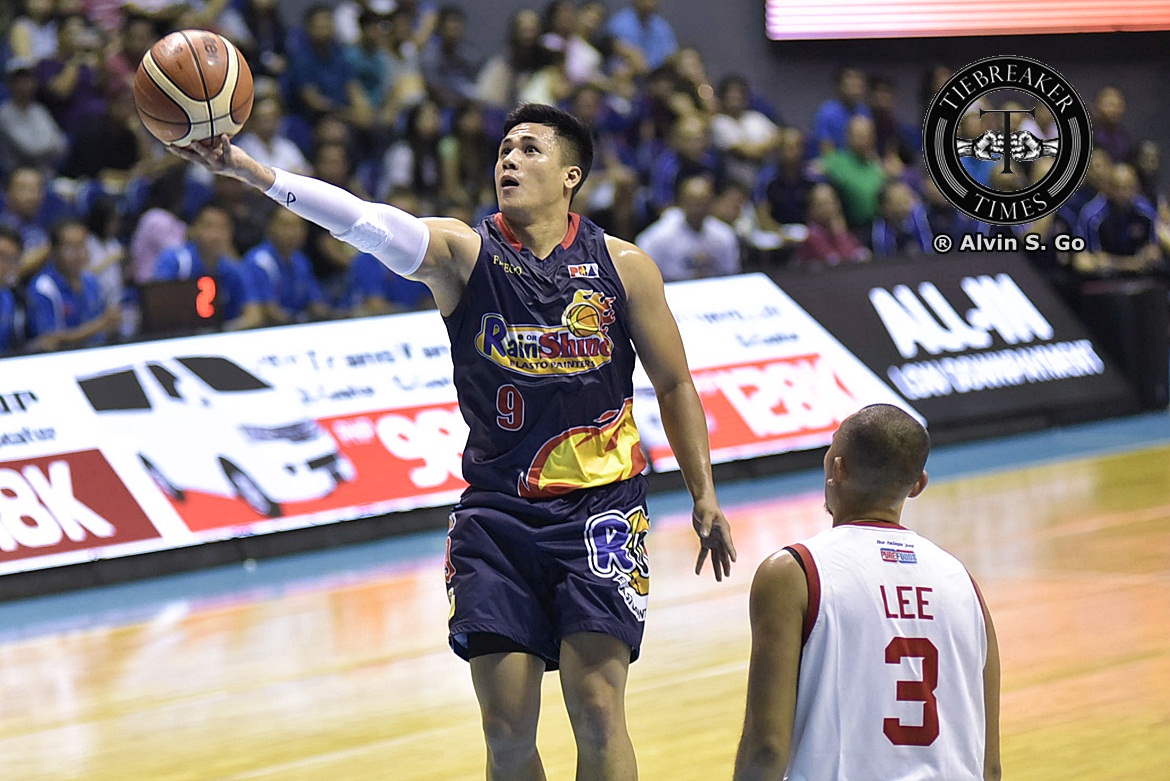 The Beau Belga-less Rain or Shine Elasto Painters played the role of streak-busters on Sunday night as they put an end to the Star Hotshots’ four-game winning run, 92-88, to sustain their own run at the SMART-Araneta Coliseum.

The win is the Elasto Painters’ third straight, and they have now improved to 4-2. The Hotshots, meanwhile, dropped to 4-1 to tie with sister team Barangay Ginebra San Miguel, whom they will face exactly a week from now.

“It’s all defense. It started in the first half. The energy was there, the effort was there,” he declared.

Five Elasto Painters scored in double figures, with J’Nathan Bullock leading the pack with 18 points to go with 11 rebounds and five assists. Jericho Cruz also produced 18 markers, with 12 coming from the payoff period.

The E-Painters even led by as much as 20 in the third, but the Hotshots rallied strong in the payoff period and knocked within distance, 88-83, after back-to-back buckets from Ian Sangalang and Paul Lee with 39 ticks left to play.

That was to be Star’s final wind, though. They played the fouling game to freeze the clock, but Rain or Shine sank their freebies calmly. Gabe Norwood’s charities in the 17.9 mark gave them a 92-85 lead, enough to serve as the finishing touches.

The returning Norwood immediately made an impact with 15 points and 11 caroms. Fellow returnee Raymond Almazan chipped in 13 markers and 14 rebounds, while Maverick Ahanmisi supplied 10 and five boards.

Malcom Hill topbilled for the Hotshots with 26 points and 20 rebounds. Paul Lee backed him up with 17 points on 17 shots with seven boards.

Rain or Shine will look to sustain their run versus the San Miguel Beermen on, September 6 Wednesday, at 7:00 PM, while Star will face the Barangay Ginebra San Miguel for a Manila Clasico bout next Sunday, September 3, at 6:45 PM. Both games will be at the Big Dome.