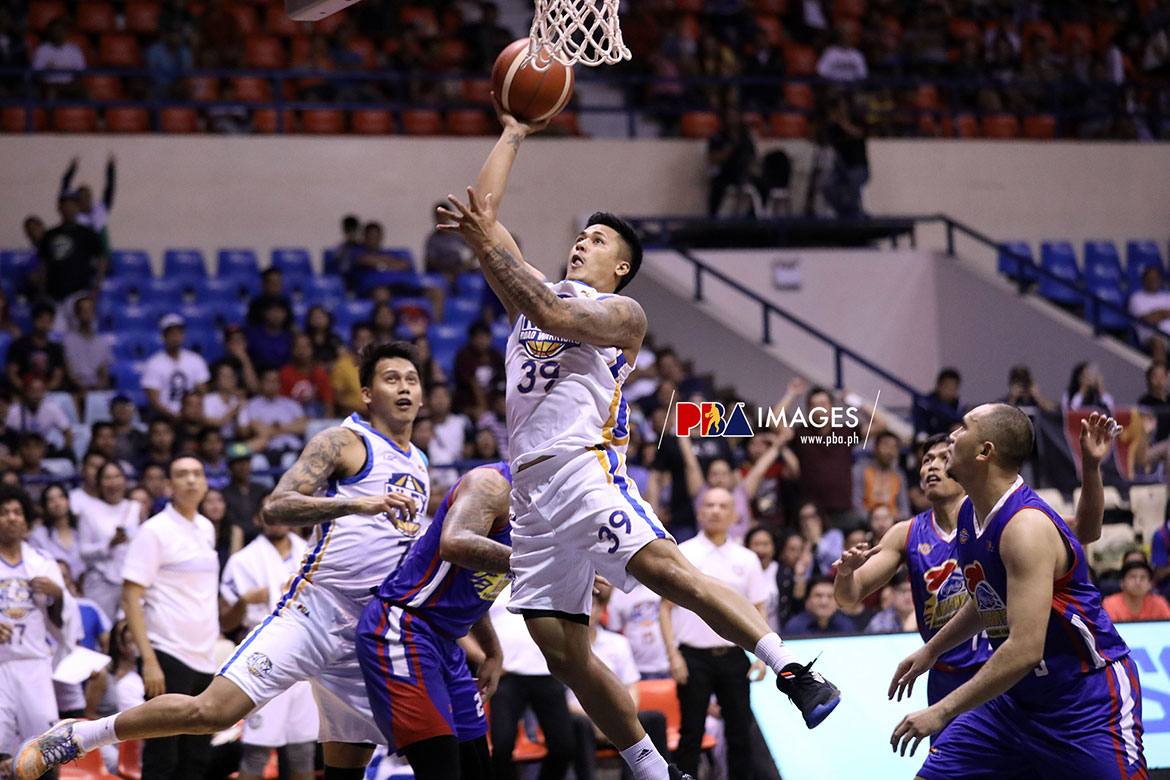 One of Jericho Cruz’s best moments of his rookie year in the PBA was the game-winner he made to lift the Rain or Shine Elasto Painters past the Alaska Aces in 2014 Philippine Cup action.

The 29-year-old hasn’t forgotten that. And he remembered it when the NLEX Road Warriors got into a tough situation in their 2019 Governors’ Cup clash with the Magnolia Hotshots, Sunday night.

And while he recalled it, he managed to replicate his heroic deed from half a decade ago.

After Poy Erram failed to clean up Kiefer Ravena’s missed free throw, Cruz managed to get the ball and put it back in with exactly a second left to play to give his side the one-point lead.

The Road Warriors went on to win, 86-85, to improve to 8-1 and solidify their grasp of the top spot of the standings.

His miracle shot was indeed a perfect way to cap off the Road Warriors’ rally from 26 down in the first half — very reminiscent of their comeback from 28 down versus Ginebra last October 5.

Cruz is proud of what he and the Road Warriors did just to get the victory. And for him, this also serves as a huge boost for the whole team heading into the playoffs.

NLEX has now clinched a coveted twice-to-beat advantage for the quarterfinals following the win.

“It’s a big boost for us. At the same time, ‘yung experience madadala namin sa playoffs,” said Cruz, who won one PBA championship with the Elasto Painters back in 2016.