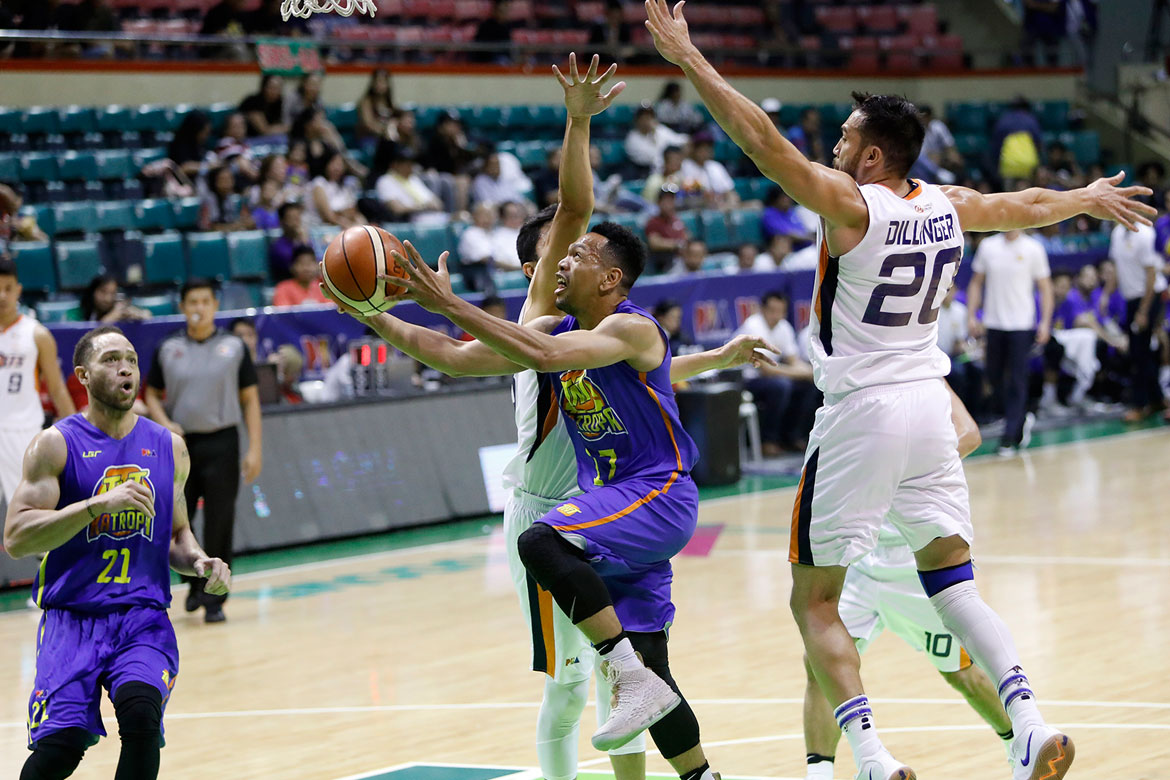 Jayson Castro downplayed the possibility of a serious leg injury after limping for a while during his TNT KaTropa’s clash with the Meralco Bolts, Wednesday evening at the Cuneta Astrodome in Pasay City.

The 32-year-old was shaken up with less than for minutes remaining in the fourth quarter, when he attacked the Bolts’ defense on the way to the rim. Castro still managed to go up and down the court but he visibly struggled.

But it had definitely been a painful evening for Castro, as his KaTropa lost hold of a 21-point advantage and bowed to the Bolts, 77-88, enabling the latter to return to the winner’s circle of the 2019 PBA Philippine Cup.

Making it even tougher to swallow for Castro is that they could have sent a huge statement to the rest of the league had they won — TNT is coming off a huge 104-93 victory over reigning, four-time champs San Miguel Beer last Sunday.

Isaac Go out to prove that he still deserves minutes