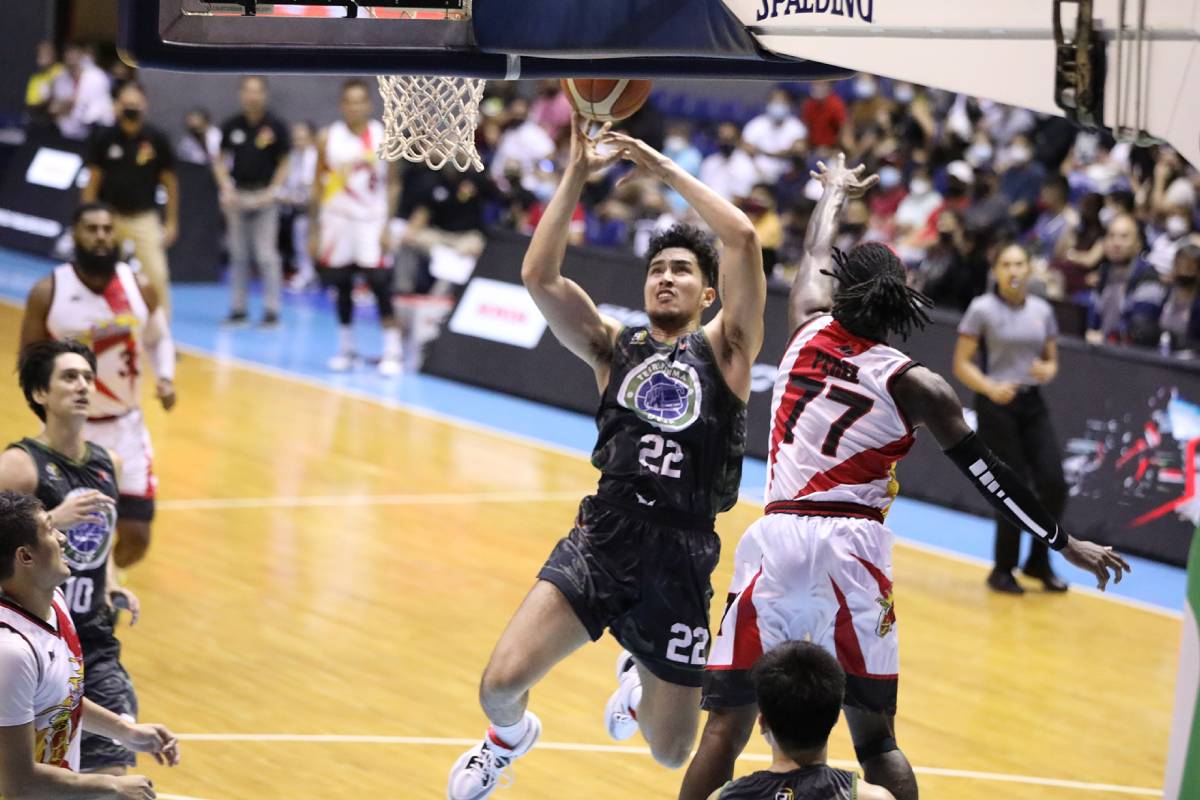 After struggling all conference long, Terrafirma remain winless, continuing to search for momentum through eight games played in the 2022 PBA Philippine Cup.

On Thursday night, Johnedel Cardel and his wards matched up against a mighty San Miguel squad eager to clinch the top seed heading to the playoffs.

Woes continued to pile up for the Dyip. The team missed the services of Joshua Munzon, who was sidelined along with Juami Tiongson, who was forced to exit the game early due to an injury.

Fortunately for them, rookie gunner Javi Gomez De Liaño stepped up and rose to the occasion for Terrafirma.

The University of the Philippines product churned out his best offensive showing in his rookie campaign. He tallied 19 points, two assists, an assist, and a steal in close to 34 minutes of action.

For him, finally having the opportunity to showcase his capabilities pushed him to provide timely contributions and help his squad get a shot at winning a tightly-contested game.

“I was more aggressive today and confident,” the former Ibaraki import claimed.

“I guess it’s just a mental challenge for me, because I got used to being [on the] bench an entire year in Japan. But now with the given opportunity, I have to make the most out of it.”

Gomez De Liaño’s production allowed Terrafirma to put up a valiant stand and keep in step with a loaded San Miguel team through 48 minutes. Down by one with 1.6 seconds left in overtime, the 6-foot-5 winger had a good look at the basket.

Unfortunately, though, his layup only hit the side of the rim.

Despite sustaining a narrow 108-109 loss to absorb their ninth straight defeat, the Dyip can still be proud of the effort that they showed against the top-seeded team in the league.

By addressing the things that they need to improve on, Gomez De Liaño knows that a win is within reach heading to their penultimate elimination game against Rain or Shine on Saturday night.

“As a team, we have to play better defensively, communicate more, and trust each other,” he said.