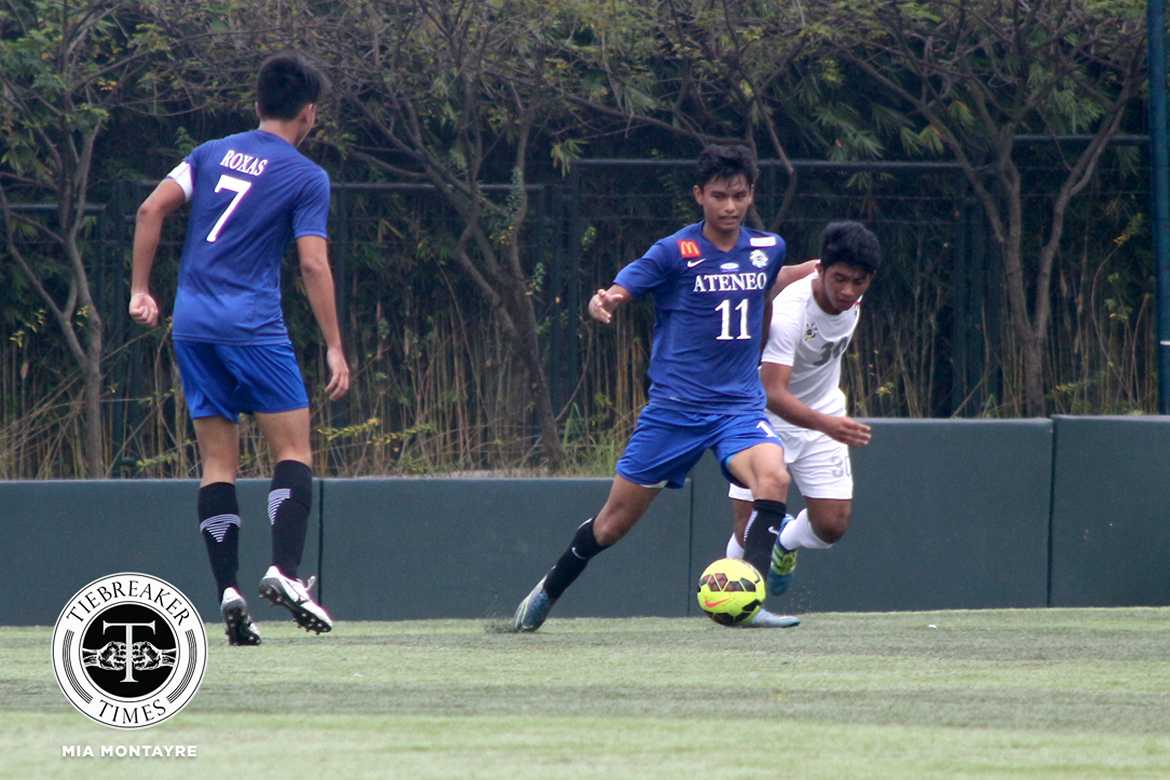 Jarvey Gayoso has been a tank for the Ateneo de Manila University Blue Eagles in the UAAP Season 80 Men’s Football Tournament.

Down from their second loss at the hands of the University of Santo Tomas Golden Booters, Ed Ocampo’s grandson and the rest of the Blue Eagles redeemed themselves with a 5-0 victory against the University of the East Red Warriors.

The Blue Eagles proved to be too good for the Red Warriors right from the get-go. Mario Ceniza latched onto a loose ball in the opposition box to open the scoring for Ateneo in the 13th minute, while Jarvey Gayoso doubled the Blue Eagles’ lead right before halftime with one of his now trademark left-foot strikes.

In between the Ateneo goals, though, was a UE red card. Jo Mallen was sent off for using offensive language towards the referee and the former worsened the situation as he tried to chase the referee before he left the pitch. Players from both sides restrained the midfielder as he made his way out of the pitch.

Ateneo’s highlight reel continued in the second half. Merida’s men got their third goal five minutes after the restart, when Renzo Gaudiel entered the Red Warriors’ box and calmly shot past UE goalie Frank Rieza.

Gaudiel was on a roll, as he produced a fine pass to help Gayoso break the Red Warriors backline. The third-year striker, with all the time in the world, simply needed to strike the ball once in midair to get his second goal of the match in the 61st minute. Substitute Ryan Haosen then scored Ateneo’s fifth goal of the game at the 79th minute.

Ateneo and UE will next play on March 1 at the Rizal Memorial Stadium in Manila. The Blue Eagles shall face the Adamson University Soaring Falcons at 2:00 PM, while the Red Warriors play the Golden Booters afterwards at 4:00 PM.