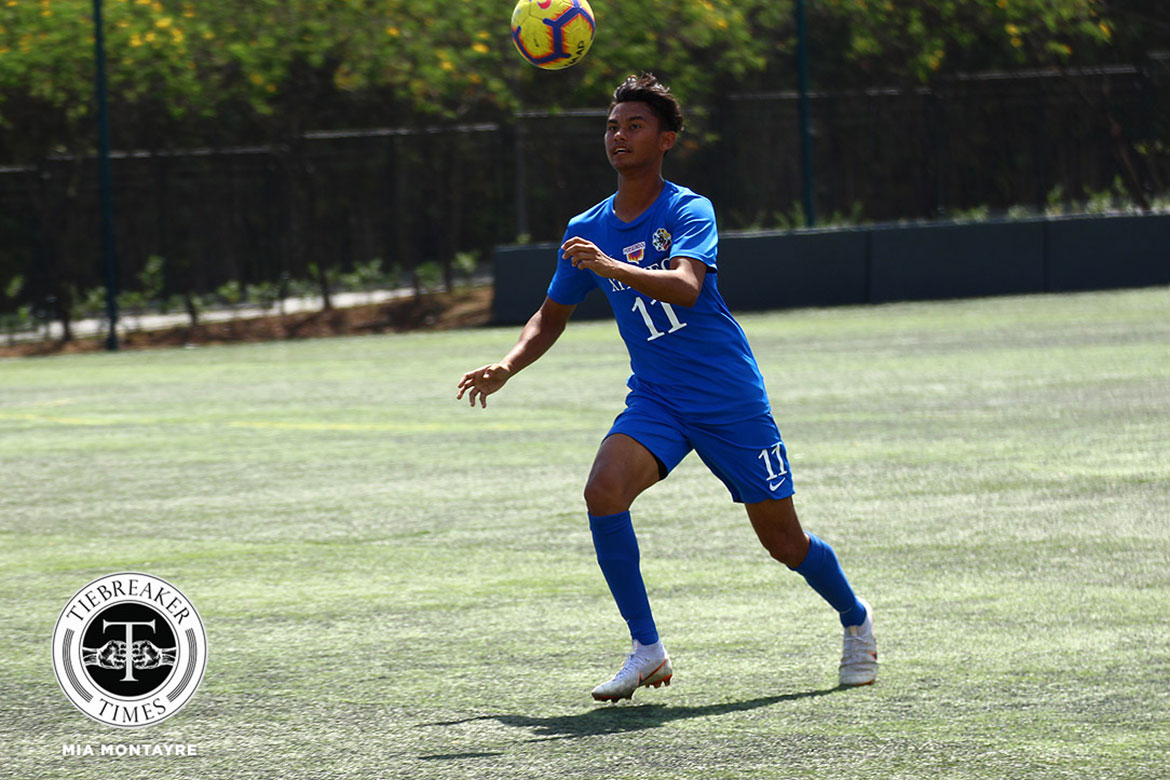 When the going gets tough, each team needs its talisman to deliver them to safety.

After two losses and one draw to open up their UAAP Season 81 Men’s Football Tournament campaign, the Ateneo de Manila University Blue Eagles relied on star forward Jarvey Gayoso to inspire them towards a 5-0 victory over the University of Santo Tomas Golden Booters, Thursday afternoon at the FEU-Diliman turf in Quezon City.

The grandson of legendary athlete Ed Ocampo converted a penalty, which was awarded because of handball, in first-half stoppage time to draw first blood for the Blue Eagles. Gayoso then doubled the lead five minutes after the restart with a clinical free kick.

Gayoso’s two goals then set the tone for the Blue Eagles for the rest of the afternoon. Julian Roxas and Rupert Bana then scored their second goals for the season from close range at the 59th and 69th minutes before rookie Luka Alleje put the icing on the cake six minutes from fulltime with his maiden strike in the collegiate league.

When the dust settled and the final whistle was blown, the Blue Eagles celebrated a resounding win against last year’s finalists to end their alarming start. The past three games may have knocked them off their strides, but this demolition may just be what the Blue Eagles needed to properly start their season.

Ateneo may have started slow, but it still has time to end the season on a high.