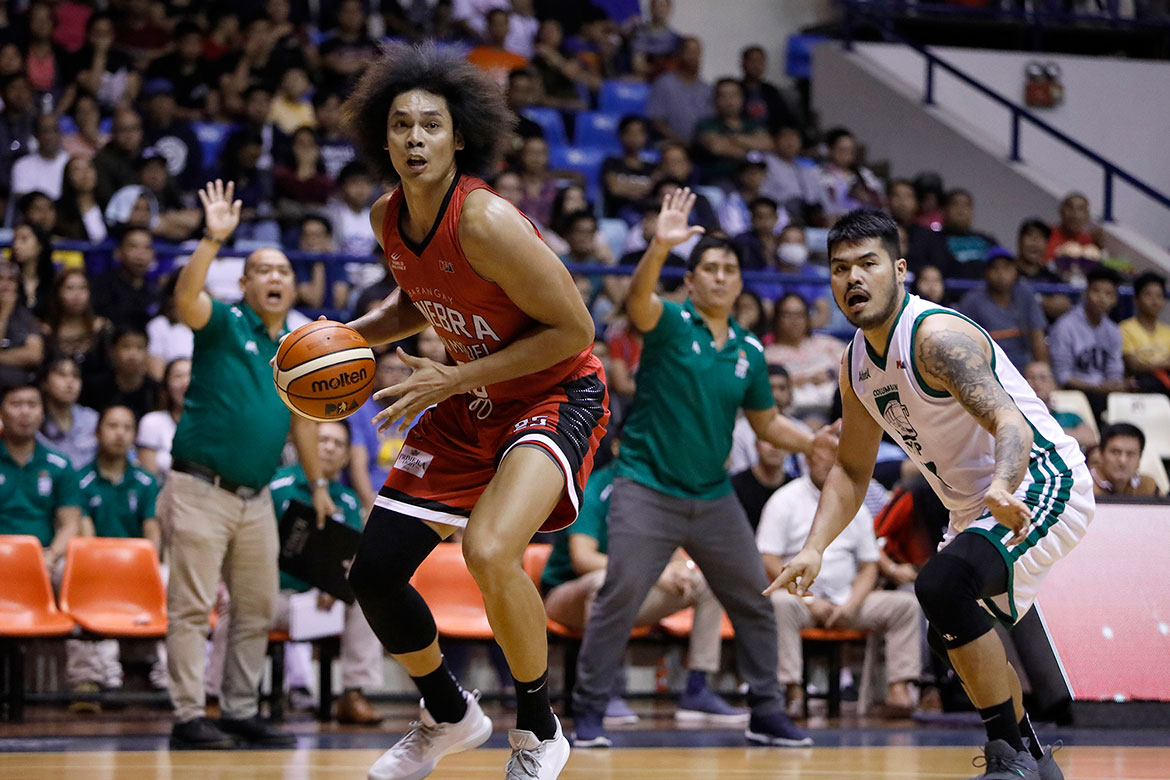 Japeth Aguilar is concerned about his Gilas Pilipinas duties after he suffered a minor ankle injury in his Barangay Ginebra San Miguel’s match with the Columbian Dyip, Saturday night at the Ynares Center in Antipolo.

The 6-foot-9 forward hurt his ankle during the second quarter after accidentally stepping on opponent Jackson Corpuz’s foot. Aguilar never saw action in the second half, ending the night with 11 points and seven boards.

The Nationals’ upcoming practices are crucial, and not only because they are pressed for time for the FIBA World Cup Qualifiers. They also need to help naturalized center Andray Blatche assimilate into the system.

Blatche – who was left out of the national team pool in the Asian Qualifiers’ fifth window last December, as head coach Yeng Guiao opted to “experiment” with an all-local crew – arrived in the country on Friday night.

“Nandito na si Dray and stuff eh. So we’ll see,” said Aguilar, who is averaging 4.8 points and 3.2 rebounds in nine games in the Qualifiers.

Still, the 10-year veteran is satisfied with Saturday night’s win despite his injury. The Gin Kings’ victory avenged their stinging 80-83 loss to the Rain or Shine Elasto Painters exactly a week ago in Calasiao, Pangasinan.

“We had a great practice prior to this game. Feeling ko we hit some strides.”

‘Meralco had nothing to do with the brownout’, says Norman Black

Jeff Chan looking to regain rhythm as he returns to Ginebra