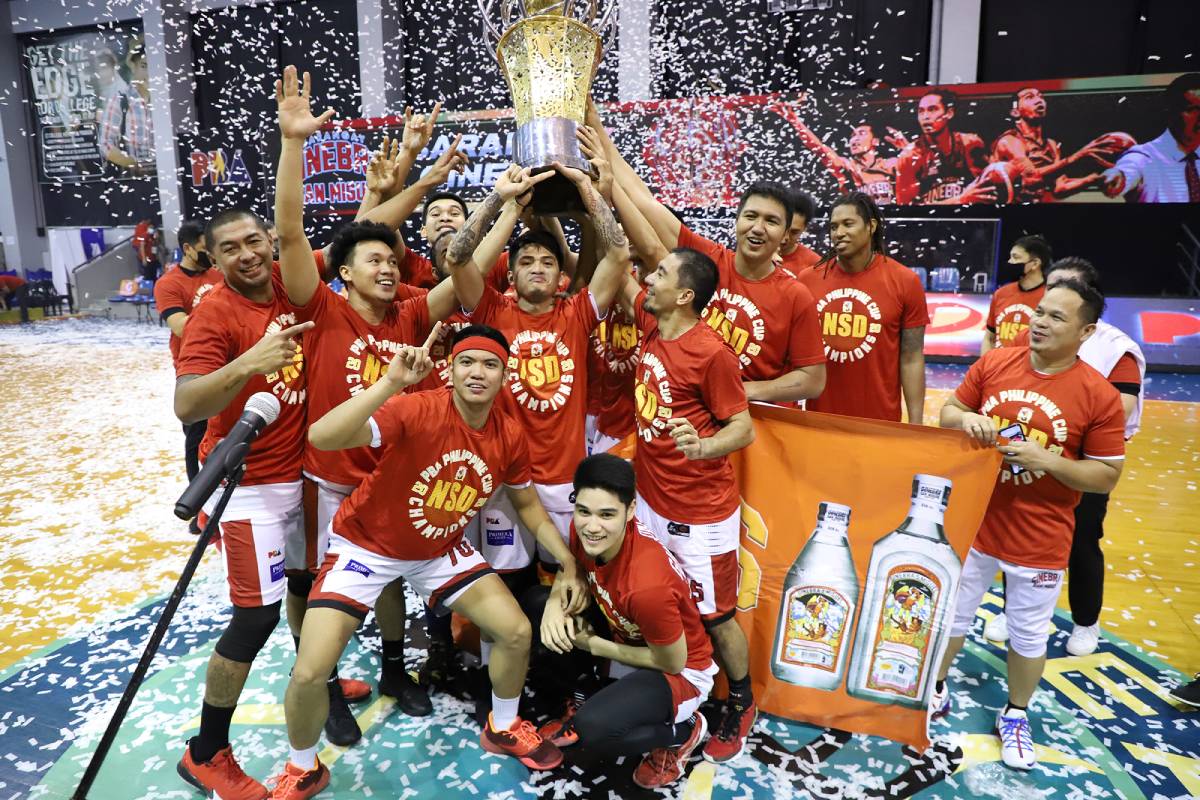 SMART CLARK GIGA CITY – Ginebra is back on top of the PBA Philippine Cup after a long while following its 82-78 Finals Game Five conquest of TNT, Wednesday night at the SMART 5G-powered AUF Sports and Cultural Center.

The Gin Kings finally ended a 13-year championship drought in the most prestigious conference while collecting their 13th title overall, tying the fabled Crispa franchise for fourth all-time.

It was also their second championship this 2020 as they won the Governors’ Cup crown — their third in the last four years — last January.

Making it all the more special for the Barangay is that they have lorded over a grueling two-month bubble season, which, for head coach Tim Cone, is the “most unique championship in the history of the PBA.”

“It’s just so unique, and I think it’s going to be remembered forever,” said Cone, who now has 23 titles. “And it’s nice to have that legacy. Our players, even our young rookies, they’re going to remember this bubble championship.”

Adjudged as the PBA Press Corps Finals Most Valuable Player was LA Tenorio, thanks to his crucial playmaking. He finished with 10 points, six assists, two rebounds, and a steal in the clincher.

The 36-year-old floor general, who underwent laparoscopic appendectomy weeks prior to the season resumption, averaged 13.6 points, 6.2 assists, 2.8 rebounds, and 1.2 steals in the series.

Japeth Aguilar, the 2019 Governors’ Cup Finals MVP, had his best game of the bubble with 32 points, nine rebounds, three steals, and two assists. Stanley Pringle chipped in 13 markers, on the other hand.

The trio shone the brightest in the endgame. As TNT built a 73-68 lead with exactly five minutes left to play following Simon Enciso’s back-to-back three-pointers, Pringle and Aguilar joined forces for a retaliation.

The Tropang Giga, though, managed to trim the deficit to just two points behind Enciso and Samboy De Leon with only 9.3 seconds to go. But time clearly wasn’t enough and they had to foul Tenorio seconds later.

Tenorio, calm and collected, sank both of his charities to make it a four-point spread, closing as well the door for TNT and its comeback hopes.

Roger Pogoy led TNT with 28 points as he did his best to lead his team, given that they were without Jayson Castro and Ray Parks due to injuries.

Poy Erram made 18 points and 15 rebounds in the defeat. Enciso had 17 points, while Troy Rosario supplied 12 markers and eight boards for the flagship MVP Group franchise, who last won a PBA title in 2015.