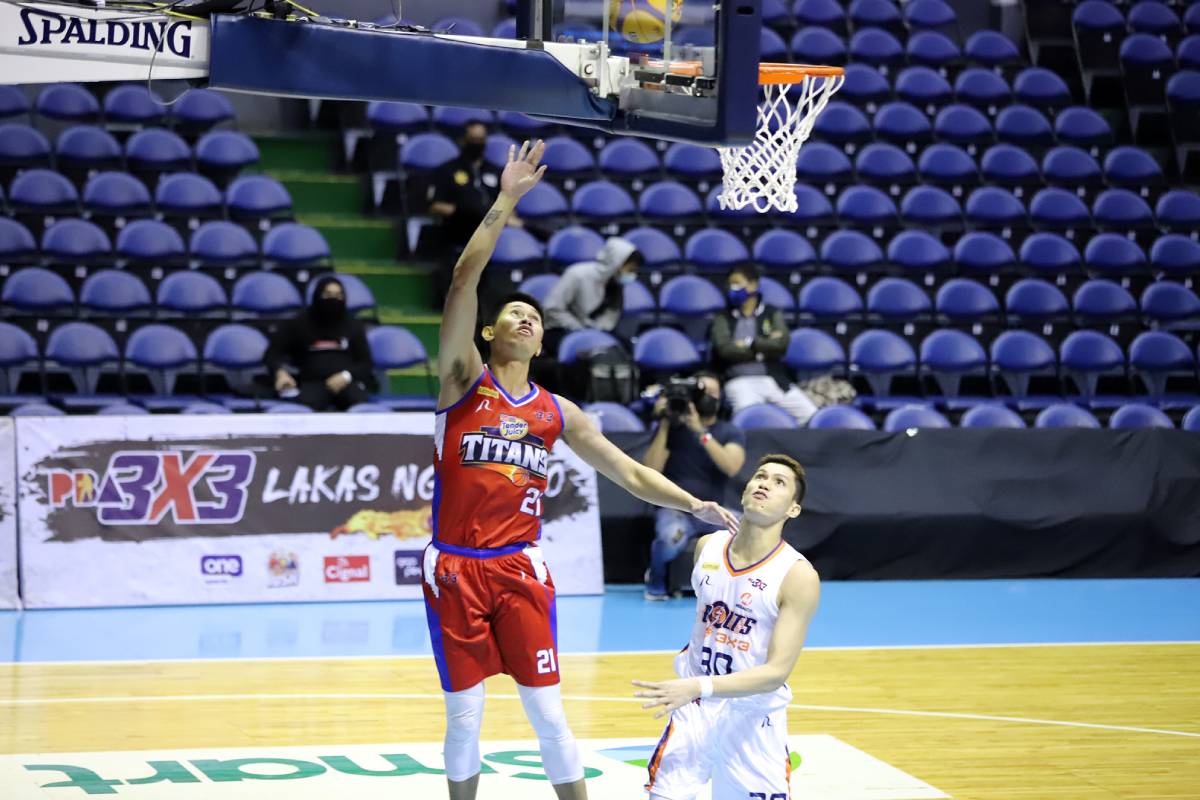 Veteran gunner Val Acuna led the well-deployed attack with eight points as the Titans reached the penultimate phase just for the first time this conference.

Joseph Eriobu finished with seven points, including the clinching jumper from long range with 3:34 left. Jed Mendoza and Jun Bonsubre combined for six.

The Bolts were led by the five points of Dexter Maiquez in the loss, which booted them out of the quarters for the second time in the conference. Tonino Gonzaga and Joseph Sedurifa scored six markers together.

Purefoods will take on Limitless in the semis. The Appmasters sank San Miguel Beer, 21-16, to move closer in their aim of becoming repeat champs.

Jeff Manday led the Beermen with five points. Louie Vigil and Mon Rogado contributed four points each in the defeat.

Meanwhile, TNT booked yet another trip to the semis. They ousted the top-seeded Pioneer Pro Tibay through a 22-18 decision.

The Tropang Giga have replicated their historic achievement back in Leg 5 of the First Conference last December 12, also at the Big Dome.

There, they beat Purefoods in a low-scoring affair to become the lowest-seeded team to upend the top crew. No other ball club has achieved that feat in either of the two professional three-a-side leagues in the country.

Almond Vosotros powered TNT anew with 12 points. Lervin Flores supplied five points, while Martin Gozum had three. Chris Javier finished with two – the most important points of the match, since they came from beyond the arc.

Robin Rono led Pioneer with six points in the heartbreaking loss that ended what was a promising leg for the guest team.

The flagship MVP Group franchise will take on a familiar foe in Platinum Karaoke, which is making its first semis trip this conference.

Still in search for its first-ever title, Platinum defeated Sista, 21-17, to reach the next round,. Chris De Chavez led the way with 13 points.

Kenneth Mocon, on the other hand, had eight points to lead the Super Sealers, who have yet to reach the semis. Still, the quarters exit serves as a way better run for the team after an 11th-place finish in the previous leg.