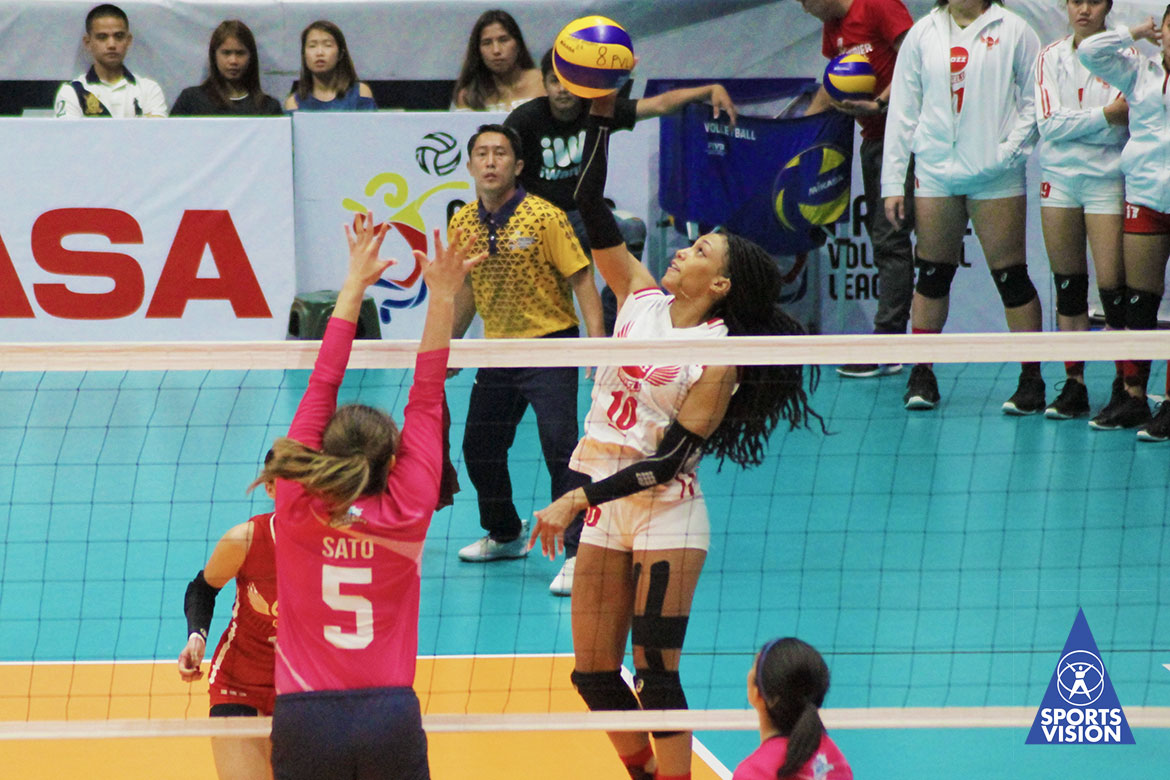 The Angels went on an undefeated streak for seven straight games, primarily behind their high-scoring duo of Janisa Johnson and Wilma Salas.

However, as they say, all good things must come to an end. And for the Angels, their erstwhile-unblemished record now stands at 7-1 following their four-set defeat to reigning champion Creamline, Saturday evening.

“It sucks when it happens, but they’re part of the game.”

Despite their reputation for hardly dropping a set, the Angels only secured the one versus Creamline. While the set count sat at 1-3, all but the first set came down the wire.

And, as Petro Gazz head coach Arnold Laniog stressed, the game could’ve gone either way if not for the breaks of the game that heavily shifted in Creamline’s favor late in the fourth set.

Still, despite the heart-wrenching outcome, the last thing that Johnson wants is for her Angels to get disheartened following their first loss. Instead, she urges her team to use it as motivation to get better.

“I mean, of course it hits home when you have your first loss, but the season’s not over yet,” the American reinforcement continued. “So this is a push for us that we needed. So hopefully for the next games, that carries over.

“And hopefully with this game makes us realize that we can’t slack off… And you know, we can’t let our errors get the best of us.”

More than winning, Bali Pure out to prove that ‘they belong’, says Rommel Abella