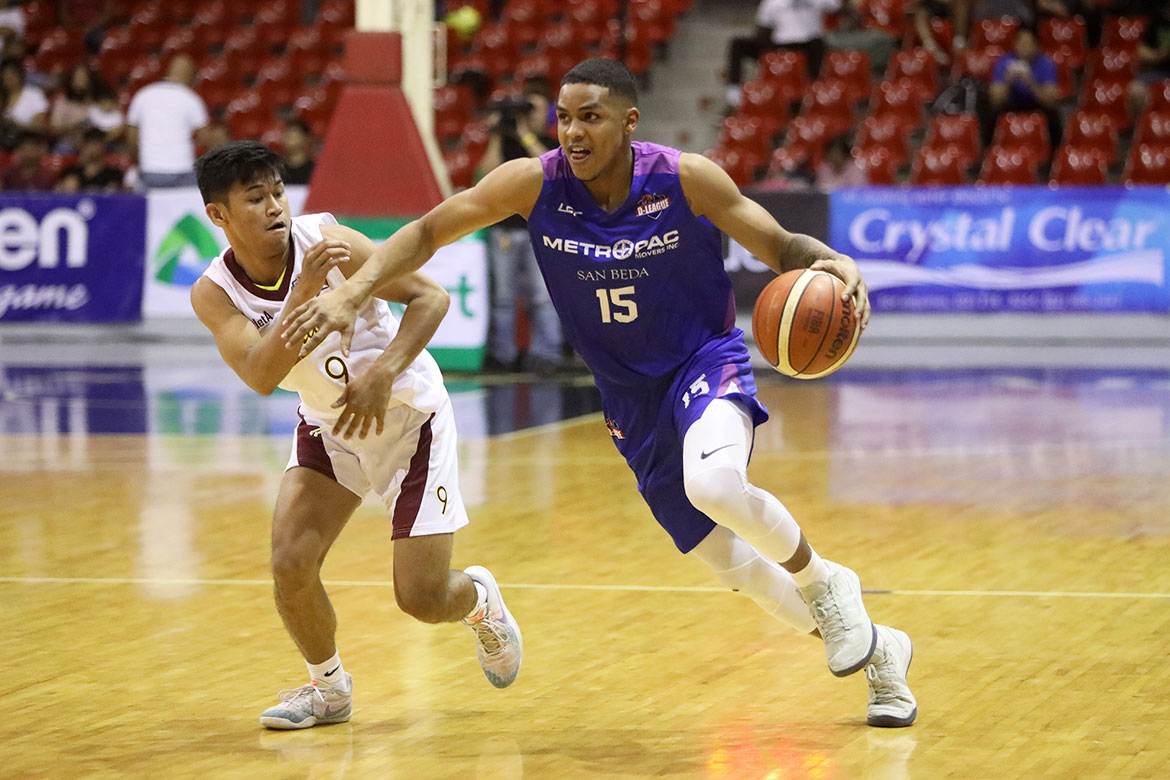 In their first meeting since the NCAA Season 94 Final Four, the MetroPac-San Beda Movers trounced the Perpetual Altas, 85-75, Thursday at Ynares Sports Arena in Pasig.

James Canlas fired 11 of his 15 points in the second half to guide the Movers to the victory after fending off a pesky Altas side.

His explosion between the final two frames helped Metropac-San Beda turn a tight 54-53 lead to a 65-53 affair in the early fourth quarter, keeping Perpetual at bay until the final buzzer.

Canlas also collected four rebounds, an assist, and a block.

“James did a good job in the third. He really separated us from Perpetual,” said eight-time PBA D-League champion coach Boyet Fernandez.

Metropac-San Beda join the early winners to take the joint leadership in the Foundation Group.

Luke Sese also scored 11 on a 3-of-4 shooting from threes in the Altas defeat.