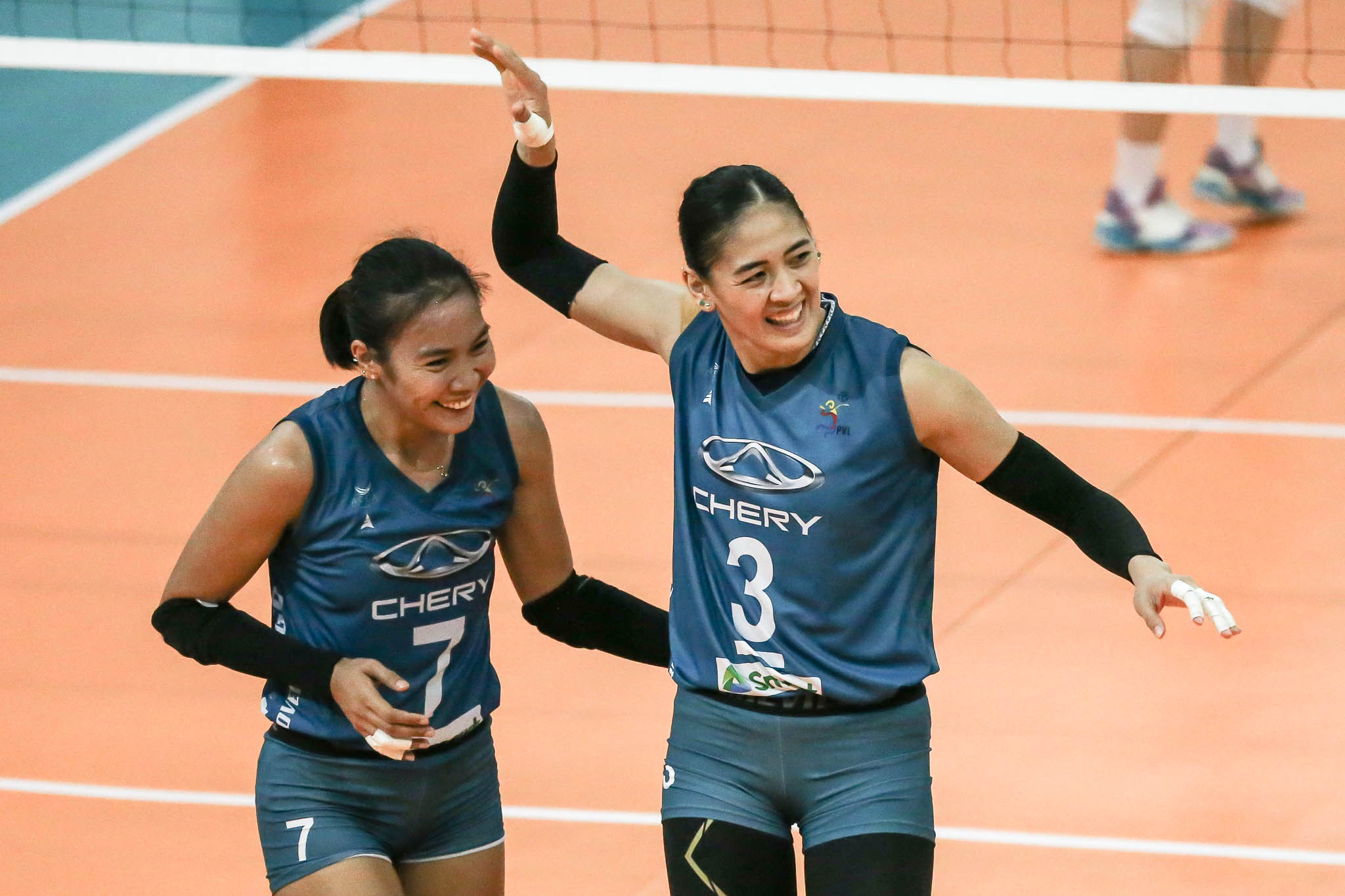 BACARRA, ILOCOS NORTE — Chery Tiggo got its much-needed confidence booster heading to the final juncture of the elimination round.

And it came in the form of a huge four-set win against the league-leading Creamline, Friday night at the PCV Socio-Civic and Cultural Center.

Coming off a tough five-set loss against Sta. Lucia, the Crossovers learned from their mistakes in time for their most crucial bout in the elimination phase.

The Ageo Medics import fired 20 points built on 15 attacks, three aces, and two blocks to lead Crossovers to a 4-2 standing.