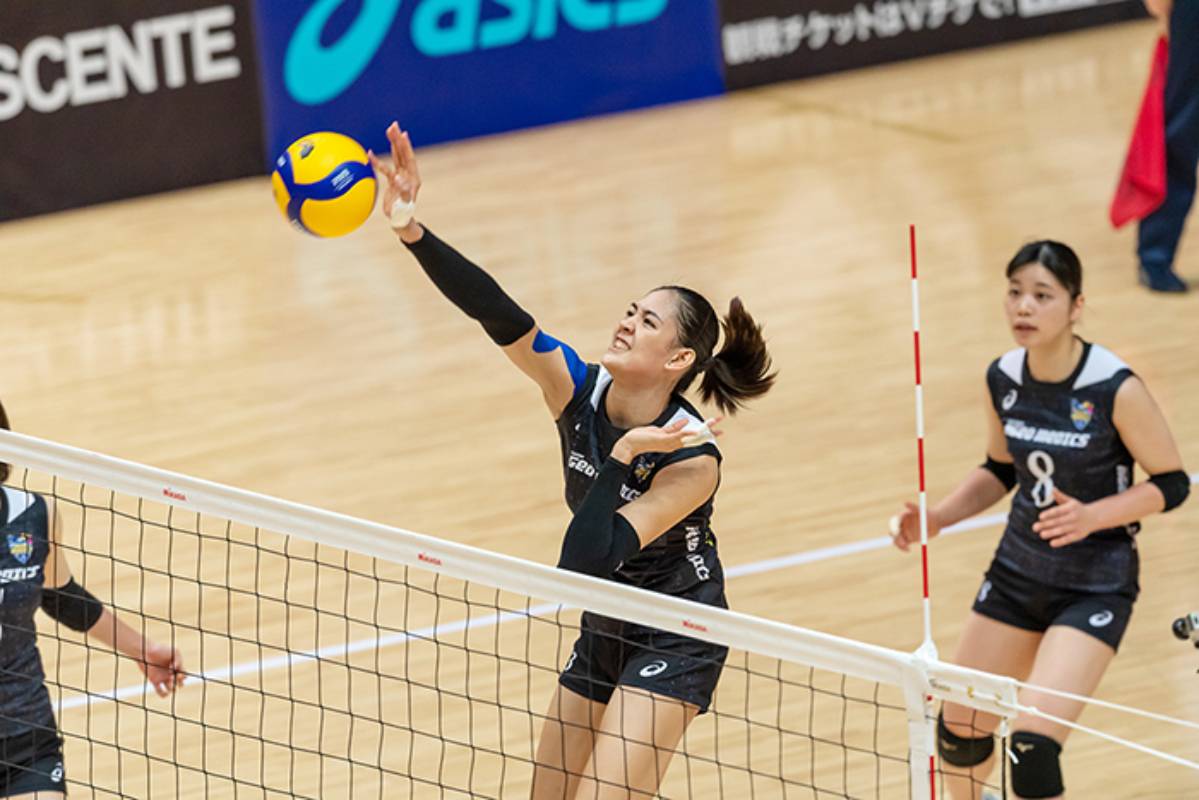 Jaja Santiago and Saitama Ageo Medics did everything in their power to put themselves in prime position for the semifinals, and it is now a game of wait and see.

But to clinch the last semis spot, Saitama needs Denso to lose its game against Hisamitsu later today at 2:30 pm. A Denso win will drop Ageo Medics to the 5th to 8th ranking match.

6-foot-5 Santiago nailed another twin-digit performance with 13 points built on 12 attacks and a block kill.

Mami Uchiseto led the way again for Ageo Medics with 18 markers on 15 spikes, a block, and two aces. Meanwhile, partner Yuri Yoshino had 15.

Saitama closed the regular round with five straight wins to push its record to 12-8.

Neriman Özsoy got 18 points for NEC, but went just 15-of-66 in the attacking department.

Whether it be the semifinals or the 5th to 8th ranking match, Ageo Medics will see the Taraflex again on Saturday, Feb. 20.