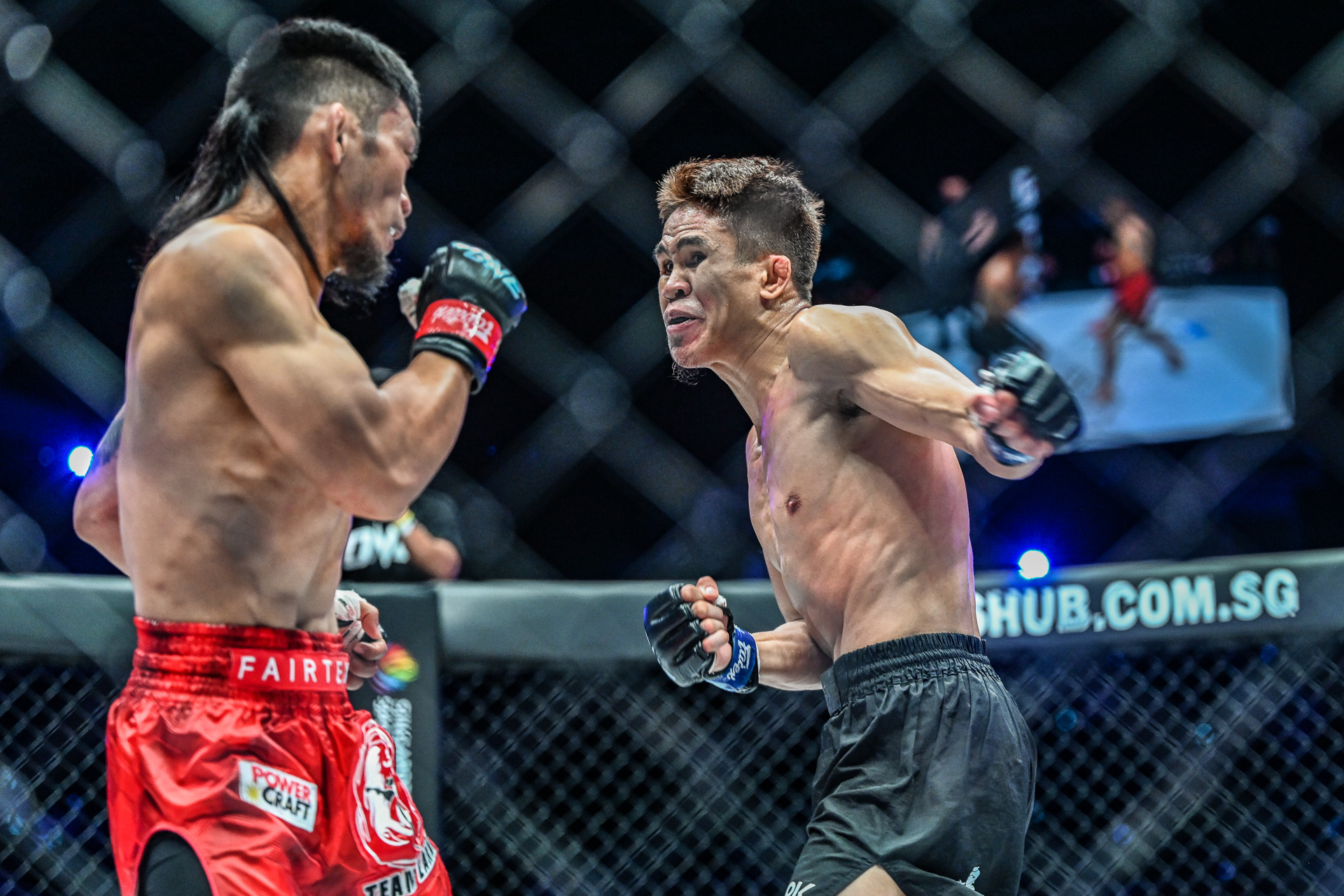 The resurgence of Jeremy Miado in ONE Championship continues as “The Jaguar” defeated Team Lakay’s Lito Adiwang in their rare Filipino-versus-Filipino showdown at ONE X on Saturday, March 26.

Miado pulled off a shocker against Adiwang getting the stoppage at the 2:56 mark of the second round. The heavily-favored ONE Warrior Series alumnus appeared to twist his right knee in a crucial sequence.

The strawweight encounter started on an exciting note, with Adiwang breaking the ice by landing an overhand right that landed flush onto the jaw of Miado. Then he rushed in with a combination of crisp punches that prompted his compatriot to put his guard up.

With his difficulty reading where Adiwang’s shot would come from, Miado changed his approach over the midway point of the fight. He scored a clean takedown, but failed to keep it on the ground for a long time to limit the exchanges on the feet. Referee Olivier Coste then rued for inactivity.

The Team Lakay spitfire began chopping the lead leg of Miado with a torrent of hellacious low kicks. But the latter appeared unfazed as “The Jaguar” leaped through the fire for his signature flying knee.

As Adiwang acknowledged the effort of Miado to change the tide of the contest, a freak accident occurred. The Baguio City native awkwardly lost his footing and went down in pain, holding onto his right leg. 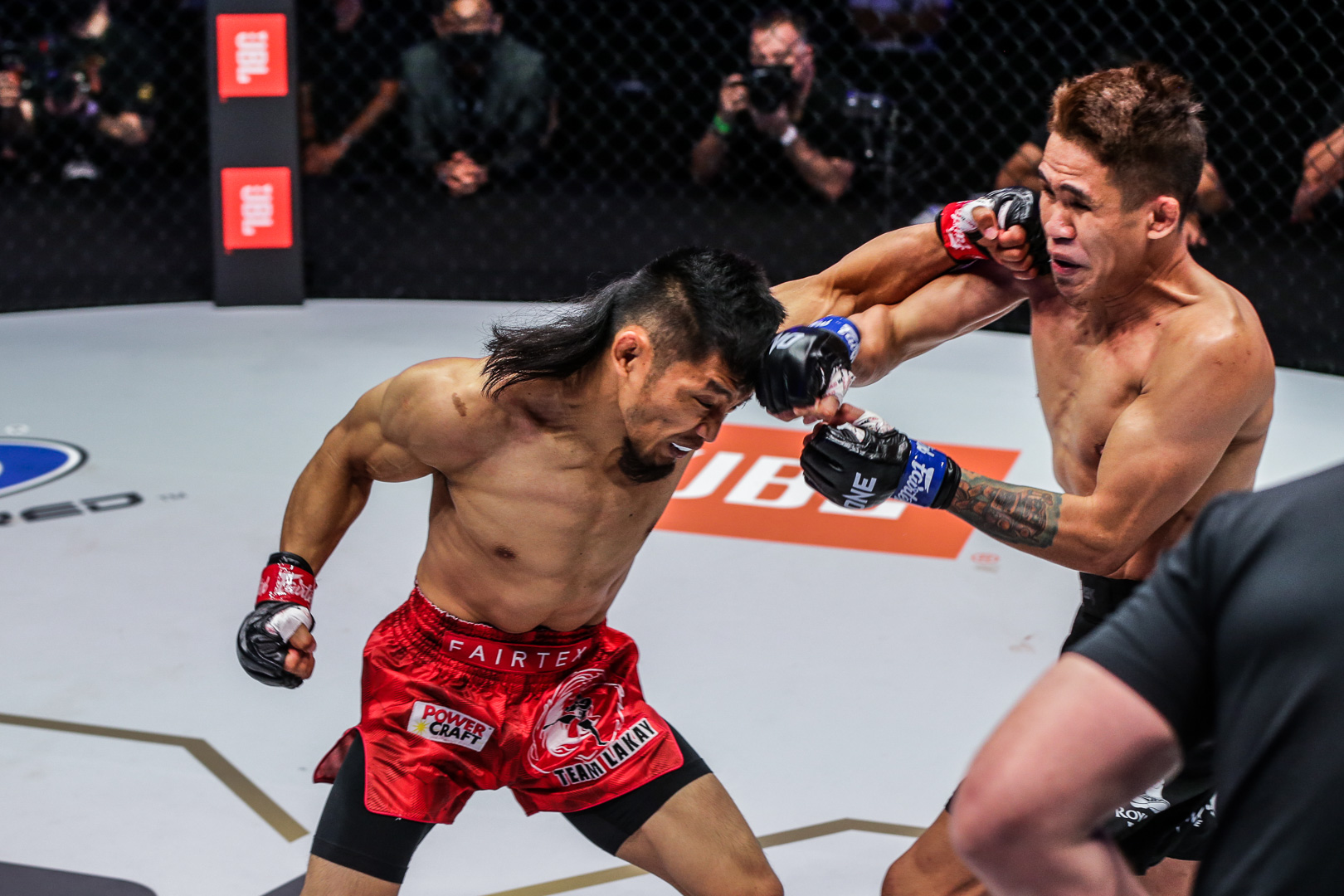 Coste immediately stepped in and waved it off, awarding the technical knockout win to Miado.

The astonishing triumph at the expense of Adiwang would go down as the biggest win of his career yet. He moved up to an 11-4 slate.

On the other hand, Adiwang lost his second-straight assignment under the Singapore-based outfit’s banner. He dropped to a 13-5 standing.