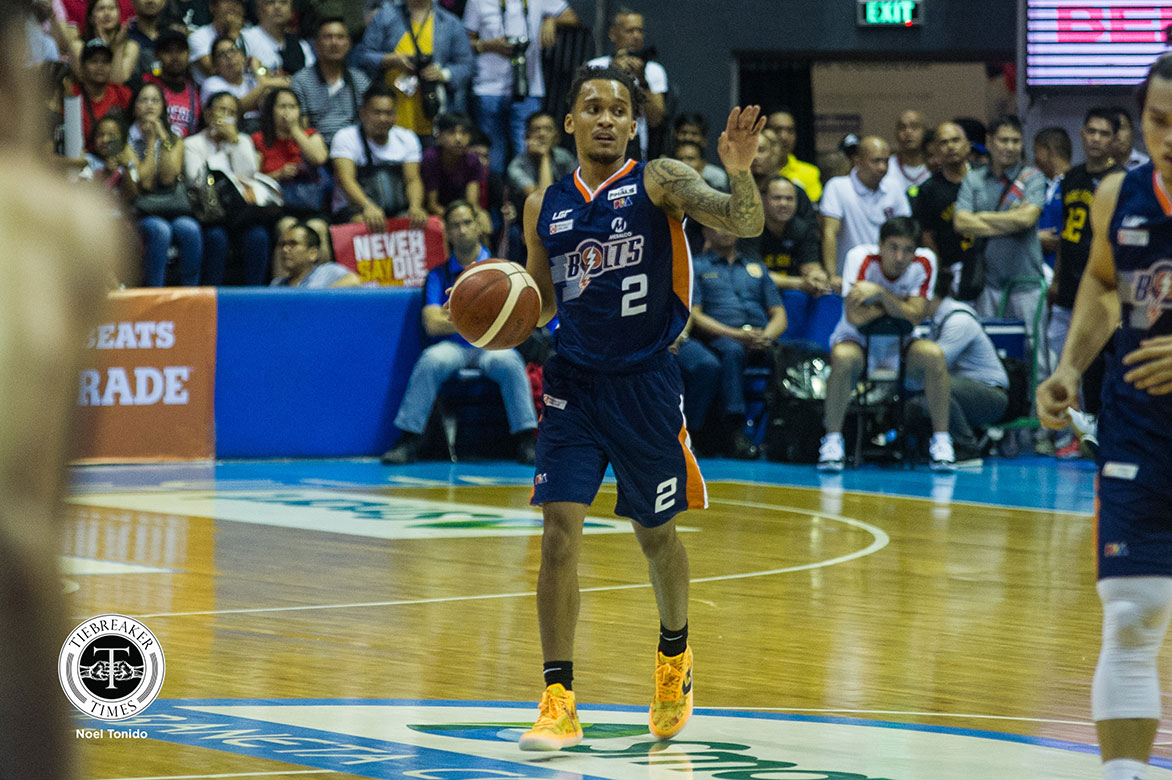 Meralco suffered a tough blow in Game Three of its 2019 PBA Governors’ Cup Finals clash versus Ginebra after it lost Raymond Almazan to injury, but it found some jolt of energy from its bench.

The Bolts’ reserves stepped up once more, just like in Game Two last Friday. Then, players such as Nard Pinto, Nico Salva, and Anjo Caram helped their side repel the Gin Kings for the 104-102 win.

Faundo helped the Orangemen hold the fort, doing their best to compensate for the absence of Almazan, who suffered an apparent knee injury just six minutes into the game.

The veteran center wound up with 10 points, including six in the first half where the Bolts were only behind a solitary point, 42-43, heading into the halftime intermission.

Jackson, meanwhile, scored all of his eight points in the final frame, including a trey that sparked a Meralco rally that turned what was once a 23-point deficit to just five, 82-87, with 2:04 left.

“I just want to go hard for these guys.

“Whether you’re playing or not, it’s your job to be ready as a professional. And I gave it my all for them, especially for Kuya Raymond,” the rookie guard said.

Unfortunately, their outings became only a footnote. The Bolts lost, 84-92, and are now down 1-2 in the series.

But Jackson refuses to hang his head, calling for the rest of the team might do the same.

“I don’t want to hold my head down because it’s a chain effect,” he said.

“If anyone holds their head down, everyone else will start to do so. I try to just keep the confidence up, keep the energy high.”

Now, Almazan’s status for the next game — and for the entirety of the series — has yet to be known. But whatever may happen, Faundo and Jackson said that they all should be prepared.

“Stay ready so you don’t have to get ready. It’s our job as professionals to always be ready,” added Jackson.