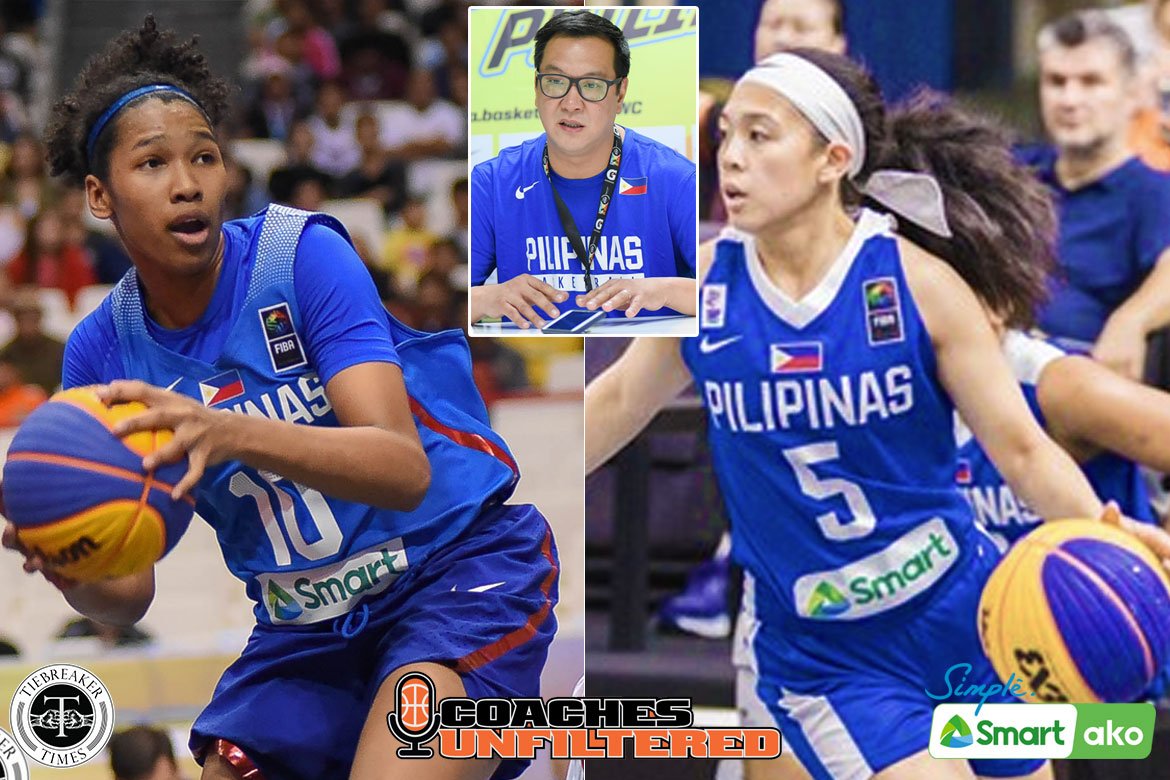 Ella Fajardo is all-in for the Gilas Pilipinas Women program, so much so that it even played a huge part in her decision to commit to NCAA Division I school Fairleigh Dickinson University.

“The first thing she said to me was, ‘I wanted to go to this school because they were so lenient in sending national team players to go back to their home countries to play for the national team’, because she’ll have two teammates that are in the national team of Spain,” Aquino said.

The New Jersey resident has represented the Philippines twice, playing in the 2019 FIBA 3X3 Under-18 World Cup held in Ulaanbaatar, Mongolia and in the 3×3 Under-18 Asia Cup in Cyberjaya, Malaysia.

And both of those campaigns were memorable for the 5-foot-5 guard. Together with Camille Clarin, Angel Surada, and Karl Ann Pingol, they lifted the country to the quarterfinals of the World Cup.

The trio of Fajardo, Clarin, and Surada, plus Kristine Cayabyab, then sustained their momentum in the Asia Cup. There, they copped the bronze medal, the girls’ team’s best finish in the continental meet.

For Aquino, he’s simply glad that Fajardo still has the national team on her mind even with her decision to commit to FDU, a private university with its main campuses in New Jersey.

“I’m so happy that Ella still thought about those things,” said the National University head coach, who also tried to recruit the 17-year-old to join the Lady Bulldogs, which has swept the last six UAAP seasons.

With that, Aquino is sure that Fajardo will have no problems when it comes to joining Gilas Women whenever needed. And the same can be said with national team mainstay Jack Danielle Animam.

A five-time champion with NU and the Season 80 Most Valuable Player, Animam has taken her talents to Taiwan as she will play as a foreign student-athlete for Shih Hsin University in the University Basketball Association.

That came months after the 21-year-old from Bulacan helped Gilas Women cop gold medals both in the 3×3 and 5-on-5 competitions in the 30th Southeast Asian Games held here in Manila.

“With Jack also, we had that understanding with the Taiwanese coach that she’ll be allowed when the national team is in play. So, that will be good for us,” Aquino said.

“They can still play for us.”

Close as they are, bros Olsen, Nash also get heated because of game