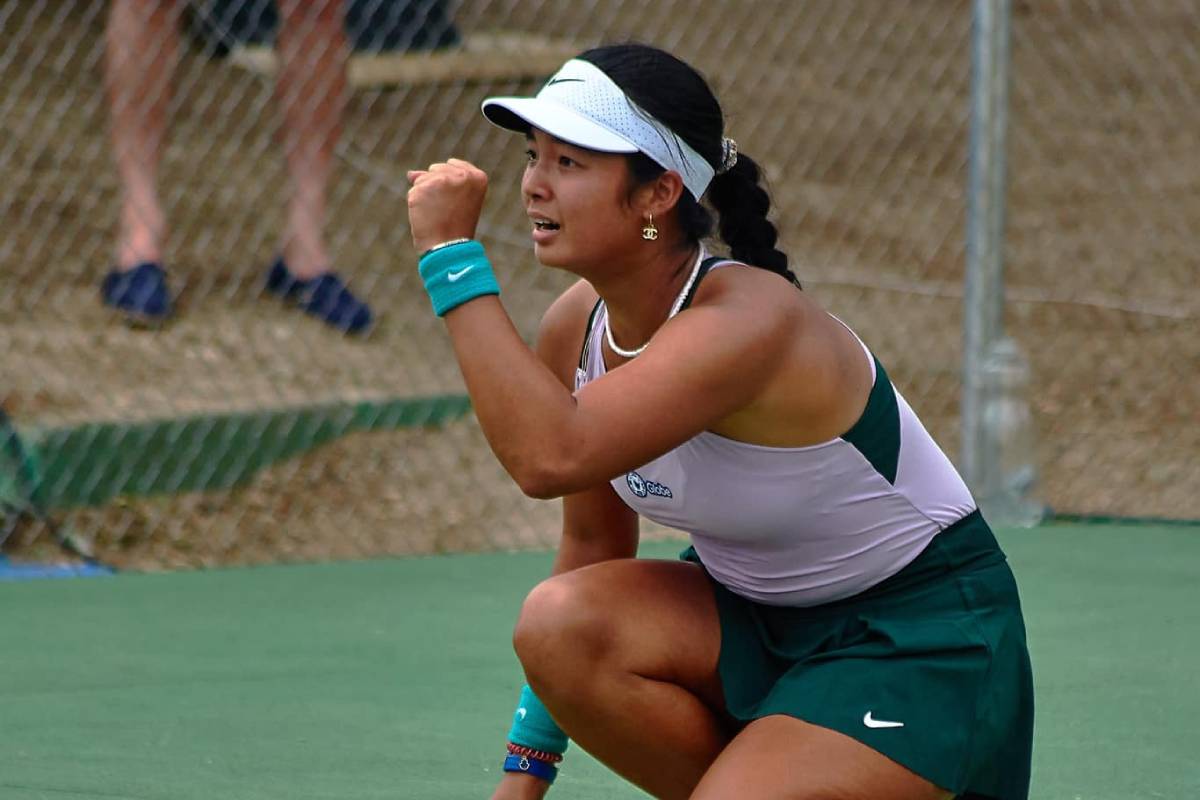 The Filipina teen tennis star put on a dominant performance on Friday. She upset tournament third seed Jaimee Fourlis of Australia, 6-1, 6-4, in the quarterfinals of the $60,000 event.

Ranked 413th in the world, Eala stamped her class from the onset of the match. She raced to a 5-0 lead in the opening set after breaking serve twice to take the fight out of her Australian foe.

The world 182nd ranked Fourlis came back stronger in the second set and held two games to love advantage.

Eala, though, willed her way back into the set to even the count at 2-2.

The score remained tied until the eighth game, before Eala again broke Fourlis’ serve to give the Filipina her first lead.

It was all the opening Eala needed, though. She closed out the match in the 10th game to eliminate Fourlis from the competition.

The win clinched for Eala a semifinals encounter against 23-year-old Katherine Sebov of Canada who is seeded 16th in the tournament.

This is the farthest Eala has gone in a W60 event in the pro circuit. She has won two pro titles, a W15 event in Spain and a W25 tournament in Thailand.

Her best finish in the higher level W60 event was in April 2021 when she made the 3rd round of an ITF tournament in Bellinzona, Switzerland.