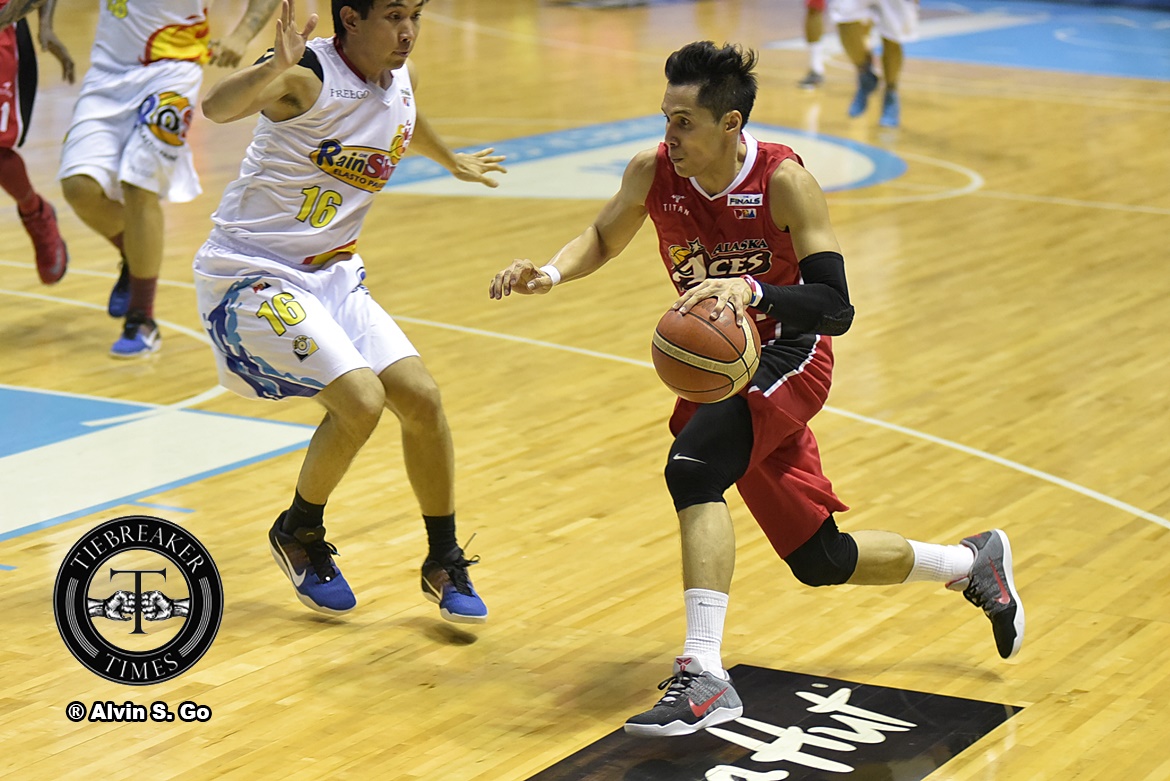 In the latter part of the season, the Cebuano Hotshot was in a quandary, unsure whether he will retire after this 2016-2017 season with current team Alaska Aces or just walk away from the game after 19 long years of service.

This state of perplexity of the 40-year-old stems from the fact that his contract with the Milkmen is about to expire, and contract negotiations in terms of extending his deal have yet to take place.

And so Hontiveros’ response was uncertain when asked whether he will still continue playing or not anymore.

“‘Di ko masasabi kasi physically, if you look at it [OK pa],” said the three-time champion after Alaska’s 82-112 loss to Rain or Shine, Wednesday.

“Statistically it’s not good. 1-of-8?” he added, talking about his shooting clip versus RoS.

“I try to stay in shape. And if there’s a tournament na 40-and-above that would be my rookie year.”

But despite the confusion, Hontiveros is grateful for the opportunities the storied franchise has given him. And with that, he hopes that he can still continue working with Alaska as its basketball director in Cebu.

“Binigyan din nila ako ng trabaho outside basketball, mga camps,” said Hontiveros, who has been serving as the director of Alaska’s PowerCamps for three years. “They gave me those opportunities and i have been doing that the whole year.

“Hopefully I can still continue the camps in Cebu especially.”

The veteran internationalist also gave an vague response when asked if he is still willing to talk to other teams for a possible return. But regardless, Hontiveros appreciates all the love he has received from the league.