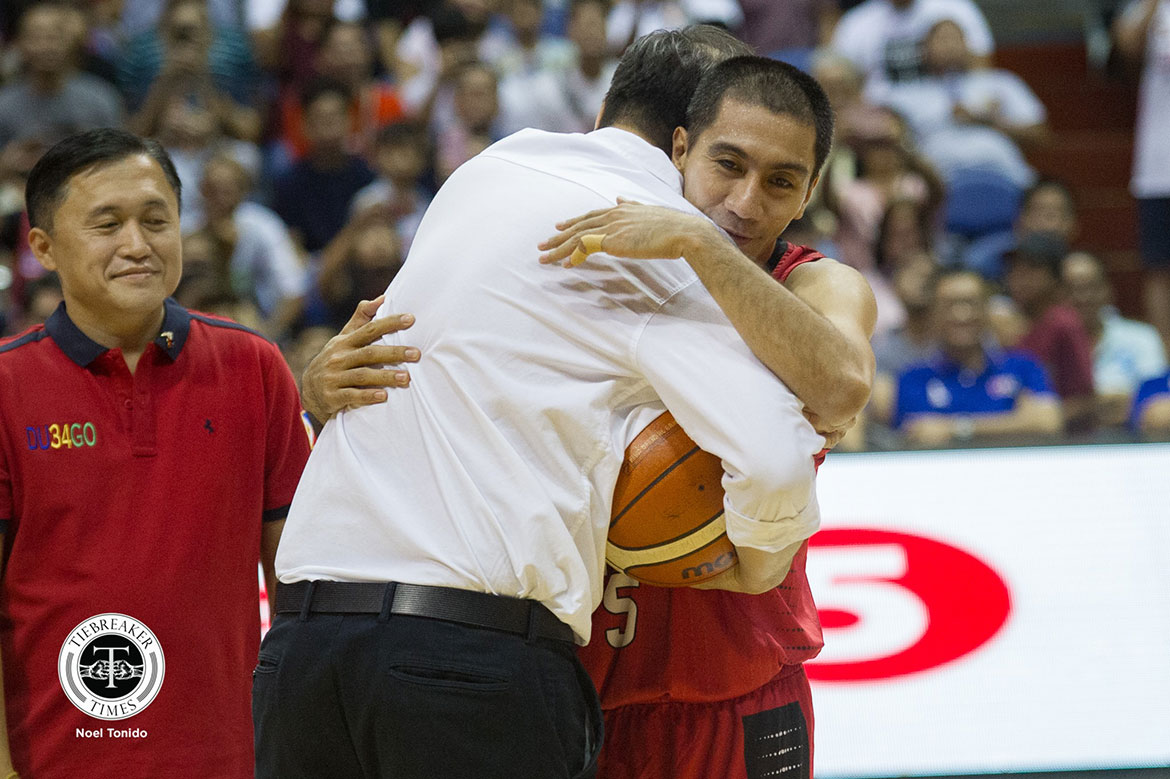 LA Tenorio added another feather to his cap on Sunday night.

The 34-year-old has become the PBA’s new Ironman, as he played his 597th consecutive game in Barangay Ginebra San Miguel’s clash with Magnolia Hotshots, surpassing the 596 games set by legend Alvin Patrimonio.

For Tenorio, being able to do so feels like a miracle.

“For me, malaking achievement sa akin ito. It’s not easy to do … And for me, it’s really a miracle. I consider this as a miracle sa buhay ko,” said Tenorio, who has been playing non-stop since 2002, or since his Ateneo Blue Eagles days.

“Thinking about it, my last injury was in 2002. So for the past seventeen years, I’ve been playing competitive basketball,” he recalled about the broken hand injury he sustained back in the 65th season of the UAAP.

Making the night even more memorable for Tenorio is that he achieved the feat in front of Patrimonio himself, who became the league’s Ironman when he surpassed the 270-game record of Dante Gonzalgo. 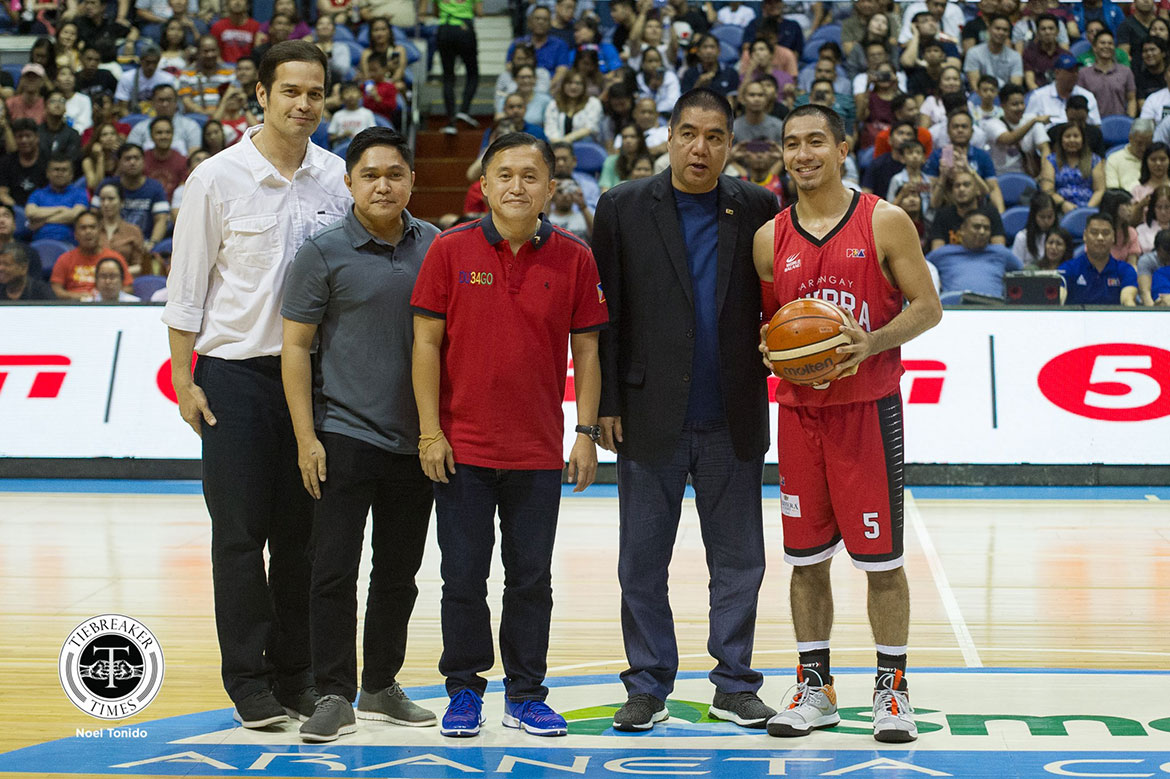 And, of course, Tenorio did it in a Manila Clasico affair, where thousands of fans trooped to SMART Araneta Coliseum.

Patrimonio’s record took 15 long years before it was broken, and Tenorio’s will likely stand the test of time as well. And his games played will keep adding up, as the 5-foot-9 floor general isn’t looking to stop playing anytime soon.

But of course, Tenorio would want his record to be broken, too, in the future.

“They tried to take care of their bodies all throughout their careers. Sana, sana, may maka-break. Gusto ko rin naman. I’m not that selfish na pagdadasal mo na may magkasakit, mainjure. Yun lang.”