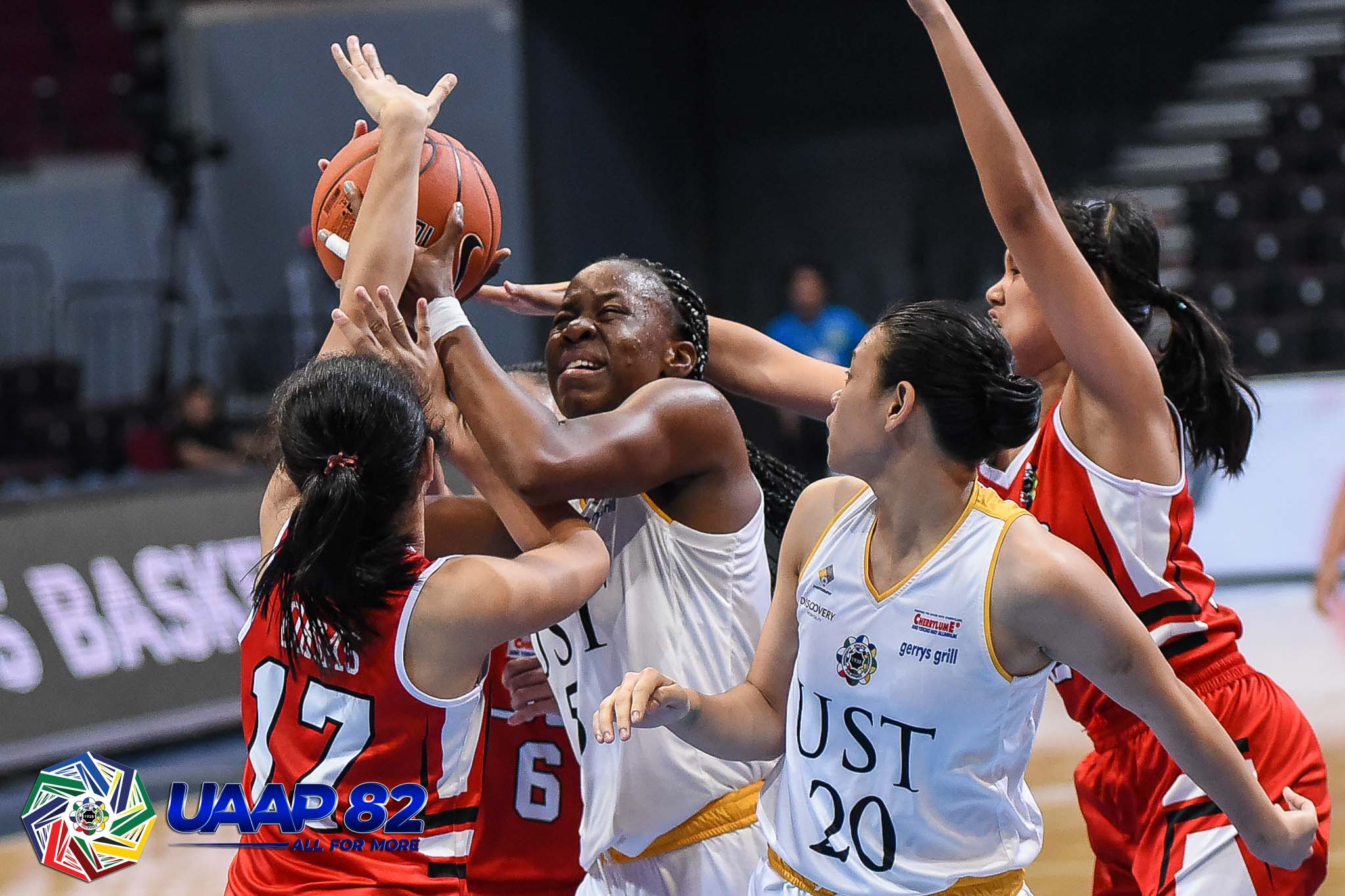 Grace Irebu helped the University of Santo Tomas recover from their slow start, edging the University of the East Lady Warriors, 58-49, Wednesday in the UAAP Season 82 Women’s Basketball Tournament at Mall of Asia Arena.

The Congolese center unloaded 24 points and 16 rebounds, as the Golden Tigresses recovered from their slow start after being held to just four points in the first quarter.

“I talked to Grace that she needed to be stronger in the inside versus UE. Nag-deliver naman siya,” said coach Haydee Ong.

“Sabi ko nga kanina, millenial mind,” quipped Ong. “Kidding aside. We are still tired from the FEU game. They started very slow. I told the ladies during halftime that we are lacking energy. We just can’t win if we just can’t shoot the basket.”

The Golden Tigresses nabbed back-to-back wins to rise to a 4-2 standing.

Jearzy Ganade led the Lady Warriors with 17 points, 11 rebounds, and four assists but committed nine turnovers in the loss.

Tin Cortizano chipped in 11 points and eight boards as UE fell to a 1-5 card.

Philippines rises to 21 in world 3×3 rankings, OQT within reach