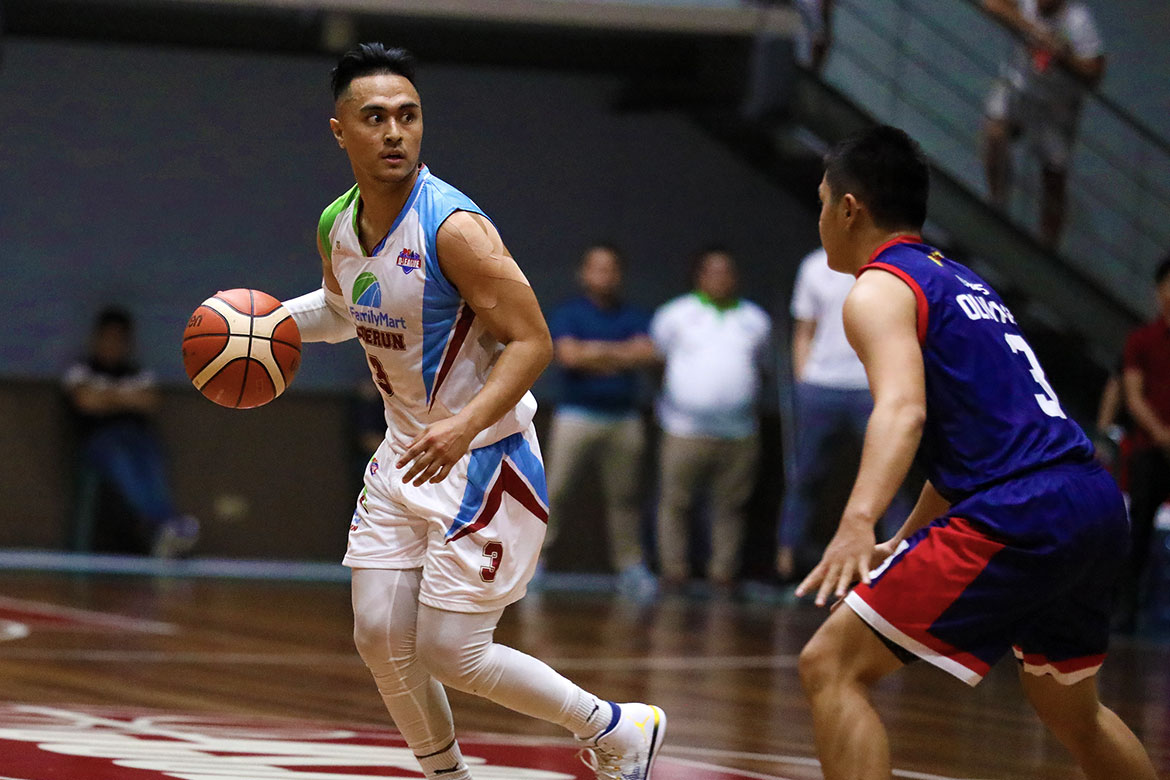 There’s some good news that have gone FamilyMart-Enderun’s way, Tuesday.

Valandre Chauca had been cleared to play again after dislocating his shoulder during one of their practices, and he suited up in the Titans’ 2019 PBA D-League match versus Petron-Letran.

The Fil-Peruvian guard didn’t disappoint in his return. In the 31 minutes and 19 seconds he saw action, Chauca produced 22 points, five assists, four rebounds, and one steal.

Unfortunately, it hadn’t been enough.

Chauca and the Titans — one of the neophytes in this year’s developmental league — bowed to the Alvin Pasaol-reinforced Knights, 70-77, which marked their fourth loss in as many games.

For Chauca, this struggle of them could be attributed to the injuries that have come their way.

Aside from him, Cameroonian Colince Wabo had also been bitten by the injury bug and hurt his ACL, which had been the reason why the Titans tapped Joseph Kouakou for the meantime.

“A lot of our guys are banged up, injured. So we’re really just trying to get healthy,” Chauca said.

FamilyMart-Enderun is currently at the bottom of the Aspirants Group standings. But the 24-year-old Chauca isn’t losing hope that the Titans will be able to put an end to their agony soon.

“I think the chemistry is getting better. We’re showing more effort on defense. I think it will all come together once we start getting more healthy and start running more.”