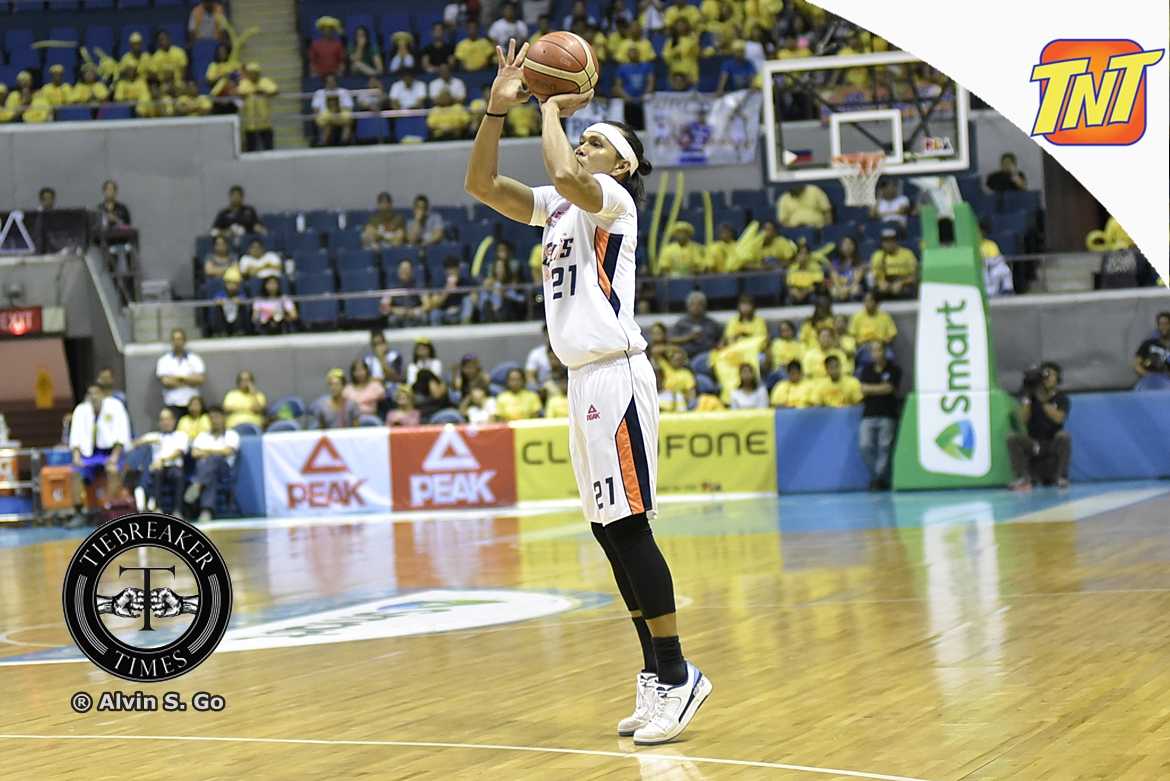 It’s a see-saw series after all!

In a breathtaking exchange during the fourth and final quarter, the Meralco Bolts pull off a 107-103 Game Three victory over the Brgy. Ginebra San Miguel to once again take the series lead at the Smart Araneta Coliseum on a thrilling Wednesday night.

Allen Durham led the Bolts with 34 points, 19 rebounds, and three assists. Chris Newsome bounced back from a silent Game 2 performance with 22 points on 8/14 shooting, to go with seven rebounds and a steal.

But the old and reliable tandem of Reynel Hugnatan and Jimmy Alapag were the heroes, as the two combined for seven triples, most of which came in the final canto.

The first half was close, as the two imports showcased an all-offensive duel, with both Allen Durham and Justin Brownlee having 20 points apiece at intermission.

After more defensive first to third periods, the two teams combined for 70 points in the final quarter. The Bolts restored a nine point lead after Newsome asserted himself with nine minutes to go. Afterwards, Ginebra gathered a big rally through the inside presence of Jervy Cruz and Japeth Aguilar to make it a 87-85 with 4:45 left in the clock.

From that point on, the Bolts answered on every Ginebra basket that started with Alapag swishing in from his customary long range from beyond-the-arc. While Justin Brownlee kept pounding for the Kings late on, three consecutive clutch triples by Hugnatan kept the crowd-favorite at bay.

Ginebra tried to make the game interesting after Brownlee and Aguilar connived for to make it a five-point game. With 32 seconds remaining, Cliff Hodge committed an offensive foul, on which Brownlee capitalized with a deep shot from beyond the arc. However, it was Ginebra’s last attempt to steal the game, as Durham knocked down the game-sealing free throws.

“It was a great game for the fans. Both teams wanted to win and went at it for 48 minutes,” said a relieved coach Norman Black, who also pointed out late miscues by the team in the dying minutes. “Well, when that happens, it’s usually poor game management and poor clock management. Our players must learn from their mistakes.”

“So far it’s a game of adjustments between me and Coach Tim. We’ll just be ready for anything.”

Brownlee ended up with 42 points for Ginebra on 18-of-38 shooting, 13 rebounds, and three assists. Aguilar added 12 points and nine rebounds, while Scottie Thompson once again flirted with a triple-double with his usual stat-stuffing game 10 markers, 10 boards, and seven dimes.

Meralco shot eight more triples compared to Ginebra despite losing the rebounding battle, 56 to 51. Their aggressive style also forced them to make 21 out of their 27 attempts from the free throw area, which were 14 more points against Ginebra’s 7-for-14 clip.

Game Four of this series will be played on Friday, 8pm, at the Big Dome. The Leo Awards for the PBA Season will occur prior to tipoff.