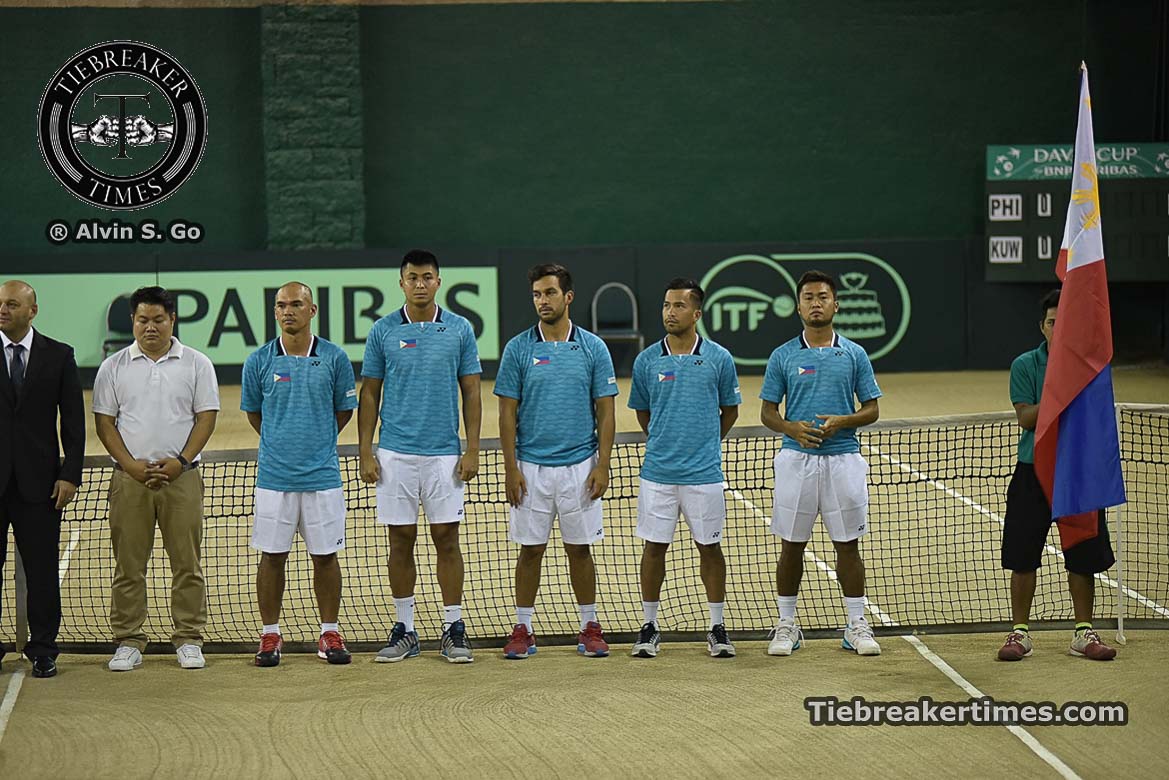 Fresh from his successful stint in the 2016 Wimbledon Championships with Belorussian Max Mirnyi, Philippine tennis ace Treat Huey came home to represent the country once again in the 2016 Davis Cup Asia-Oceania Zone Group II second round tie against Chinese Taipei.

“It’s always good to represent your country,” he said.

Amidst the despair of the sports fans in the country from the loss of Gilas Pilipinas to New Zealand, ending their Rio Olympics dreams, Huey gave the Filipinos something to cheer about just minutes later.

The long-time national player elaborated on this achievement.

“It was great playing in the semifinals. It was my deepest run in the Grand Slam – making the semifinals. So, it was a great result. Hopefully, Max and I would do better and better.”

The Filipino and the Belorussian have had a great season so far, as they also had reached the quarterfinals of the Australian Open earlier in January.

Huey is thankful of the lessons he gets from his partnership with Mirnyi, who is a former top 20 singles and former number 1 doubles player in the World.

“I learned a lot. I’m sure I got better this year, having him around and working with him every day.”

The 30-year-old feels like Mirnyi has mentored and guided him to become a better player.

Treat hopes to take advantage of these experiences in his succeeding tournaments beginning with the Davis Cup tie slated to start on Friday afternoon.

“I’ve been playing pretty well; every match really. For sure, coming into this weekend, in Davis Cup, I feel like I can compete [and] beat everybody in the world.”

This confidence come from the fact that they had almost pulled the rag off top-seeds Nicholas Mahut and Pierre-Hugues Herbert in the semifinals of the grass-court Grand Slam.

With this newfound confidence, Huey looks forward to playing once more in front of the Filipino fans.

Huey will take the shell courts of the Philippine Columbian Association on Saturday, July 16, with Jeson Patrombon in the doubles match. Today, Ruben Gonzales and Francis Casey Alcantara duel with the Taiwanese in the singles matches.