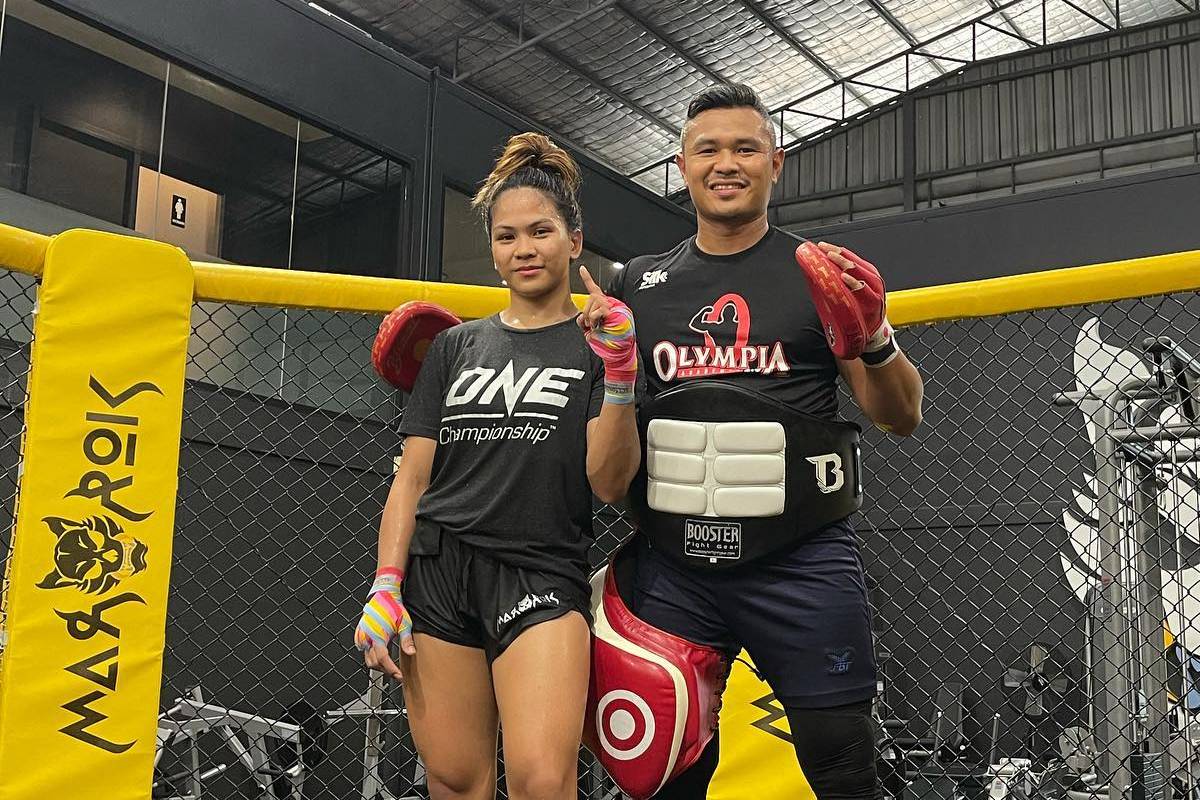 Preparing for an important fight without a key figure is never easy – especially if that person is also family.

However, Denice Zamboanga has soldiered on and feels confident that she’s ready for her rematch against Ham Seo Hee in the second part of ONE X this Saturday, 26 March.

The no. 2-ranked atomweight contender has been training with her brother and fellow ONE athlete, Drex Zamboanga, ever since she started her combat sports career, but he was not able to join her at Marrok Force in Bangkok this time around.

“For this rematch, I won’t have my brother by my side. He’s still in the Philippines. He was left behind because he got offloaded on his flight to Thailand,” said the fighter known as “Lycan Queen.”

“So for this camp, I wasn’t with my brother. It’s a big challenge to go through camp without my brother. I’m just gonna do my best to prove to him that I can do it.”

For Denice, the absence of Drex goes beyond Xs and Os. The siblings formed an inseparable bond when they were young, and the younger sister ultimately followed the lightweight stud into professional MMA.

Given their history, some doubt crept in when “Lycan Queen” first realized her brother would not be there for training camp or at the matchup with Ham at the Singapore Indoor Stadium.

“I was asking myself if I can do this. But then he just basically told me to follow his instructions and come in with no fear,” said the Filipina, who admits she cried after finding out.

Thankfully, Zamboanga’s good friends and teammates have stepped up to fill the void. Filipino kickboxer Fritz Biagtan and ONE strawweight Jeremy Miado have assumed Drex’s place as the main training partners and support system for this bout.

“It was Fritz who took on the role of my brother. He knows what to do, he knows our game plan to heart. Jeremy Miado also helps me out, he spars with me. They’ve been truly helpful,” the atomweight said.

Those two deadly strikers have been polishing Zamboanga’s stand-up game, which she plans to showcase in Saturday’s rematch.

“Jeremy doesn’t hurt me that much in striking. He’s a nice dude. But if you hit him, he’ll hit back,” she said.

“They’re both nice guys, but I have a harder time training with Fritz. He’s like my older brother in training. He doesn’t pull punches. All I can say is that my striking has truly improved for this fight.”

See the full card for the historic ONE X here and watch it live on the following channels: bit.ly/WatchONE | ONE YouTube

Picking The Difficult Path: Sexyama Reveals His Motivation Ahead Of Legends Clash With Shinya Aoki

In this article:Denice Zamboanga, Marrok Force, ONE X